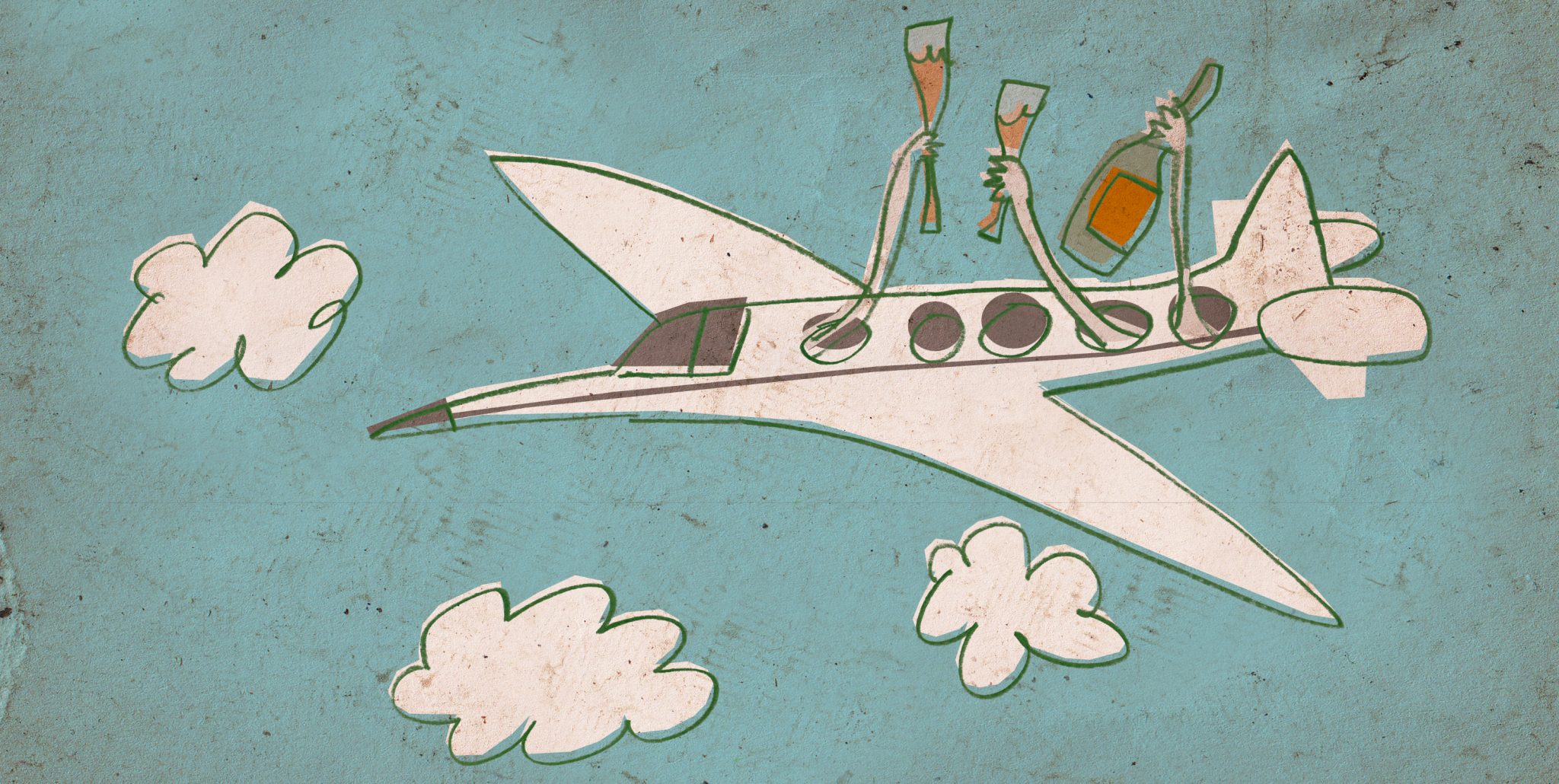 The World Economic Forum is a bunch of guys who travel in private jet planes all the way to Switzerland to tell people that they should ride their bikes to work. I’ve already bought one. I carry it in the trunk of my car. On top of the electric scooter. My commitment to the planet is to join their Pioneers of Change summit, with which they promise to reset the world after the pandemic. These very important people have been saying since the 1960s that we can’t go on like this, that the world is about to explode, and that change is needed. Anything. It doesn’t matter what the change is. The only thing I’m certain of is that they’ll stay the same. So you won’t see Bill Gates on a scooter, and it’s a shame because you could trip him up in righteous revenge for the hours of youth you’ve wasted watching his blue screen like a jerk.

To give the issue some credibility, the description of the WEF event that will be held in the coming days features the word “resilience,” which is something idiots say when they want to pretend they know what they are talking about. A couple of days ago a technician came over to repair my dishwasher. He said something about the problem being that my home installation did not support the computer symmetry of the endogenous theoretical power systems of the intelligent engineering program of the processor chip arithmetic unit. I looked at him, eyebrow raised, and replied with a voice so deep and poised that I almost convinced myself:

“It is clear that it is a problem of processor resilience, young man.”

A friend of mine was caught, pants down, with his girlfriend’s best friend, engaged in activities, let’s say, that go beyond the realms of simple bureaucratic procedure. When she confronted him, saying, “Alex, I caught you with Sofia and I want nothing else to do with you,” he answered, “Jasmine, you are the only woman in my life. Let’s go all in for a future of resilience together.” She said, “Alex, I could forgive you for calling me Jasmine when my name is actually Dahlia, but I can’t forgive that cheesy resilience rubbish. Good riddance.”

The event description also says the WEF wants to “reimagine and restart” our world, and there we see again how far the paws of Gates — the inventor of the control + alt + delete — reach. They also demand several basic labor rights, among them “the freedom to be ourselves,” and I think that’s all very good, because it’s just not right to be anyone else (what would mom and dad say?). And, on the other hand, among their 20 points of view about the world after the pandemic, “Manufacturing is sexy again — and local” has caught my attention, although I’m not sure it means that the workers in my city will be catching the bus to work in their Victoria’s Secret lingerie.

A few days ago, some tweeters shared a video of the WEF that had gone unnoticed four years ago, when it was released. The TV commercial, which could very well have been made by famous film director Hugo Chavez and written by equally famous screenwriter Mao Tse-tung, predicts what the world will be like in 2030, showing a smiling young man while overprinting the message: “You will possess nothing. And you will be happy.”

Unfortunately, I fear that the WEF was not calling on young people to take up the habits of mendicant orders. No, actually they just wanted to announce their true goals for 2030: that you have nothing at all. In this sense, the pandemic and the global economic crisis could help accelerate that noble cause of plucking you like an unpardoned turkey on Thanksgiving. I can’t imagine you’ll be much surprised to learn that, after a certain amount of commotion on Twitter, the WEF has deleted the video without giving any explanation. It’s their usual modus operandi.

Another of the campaigns that the WEF is promoting as part of the global reset to build its new world order has to do with what they call diversity. Thus, they cite as an example of this new world an initiative from Vodafone, where, from now on, “for new tenders, suppliers will be asked to demonstrate policies and procedures supporting diversity in the workplace, including gender, ethnicity, LGBT+, age and disability.” I expect that in the end all of this will translate into being able to choose between being attended by a black person, a transsexual, or a blind person the next time you walk into a store to buy a cell phone. Without a doubt it constitutes a success story that illustrates exactly where the WEF is taking us, whether in climate and energy, economy and labor, privacy, or in the sexual-funny-identity-resilience issues:

“Welcome to Vodafone. As you can see, I am a transsexual.”

“I’m very happy for you, I wanted a cell phone.”

“Have you seen what I’ve got hanging here?”

“Before showing you the (phone) models, I would like to tell you that this company is strongly committed (…) to the diversity promoted by the WEF (…), we have reset ourselves (…) and now we are resilient and sustainable (…), that’s why us clerks are a black person, a transsexual, and a blind guy.”

“Hey, didn’t you have a blind black transsexual to save you a few bucks on salaries?”

“Excuse me, you forgot to buy the phone!”

“Some other time, don’t worry.”

“But why? Well, in any case, wouldn’t you like to donate a dollar to contribute along with Vodafone to the integration of non-binary fluid gender people?”

“No. I would like them to solidify and leave me alone.”

I have no doubt that if the WEF continues to be a nuisance in all its capacities, it will succeed in achieving its 2030 goal: that we have nothing. Even if just so we don’t have to listen to their sermons.