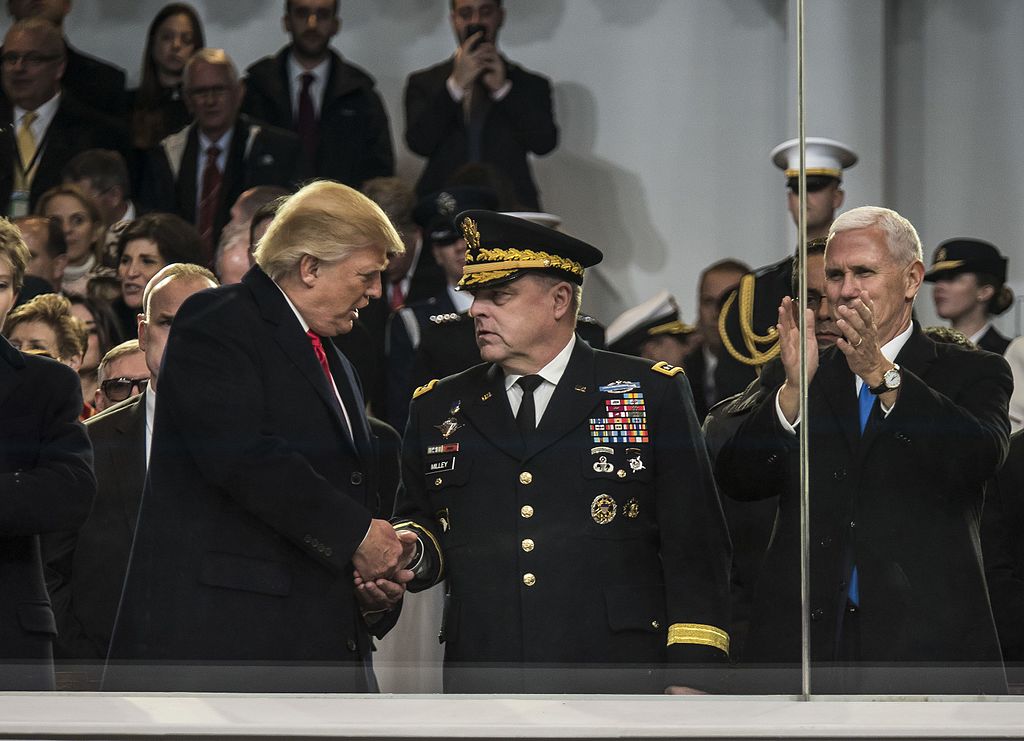 The ruling class treated the Trump presidency as a singular crisis in the history of the country. From the constant shrieking of the media, one might have thought that America had fallen into the hands of a foreign occupier. Because the ruling class viewed Trump as illegitimate from the start, it cast almost all of his executive actions, no matter how prosaic, as deeply scandalous and troubling. The media ginned up endless controversies about Trump, but they never amounted to much. Most of them revolved around Trump’s infractions of taste or his deviations from this or that unimportant Beltway “norm.”

America has gone from fake crises under Trump to real ones under Biden — from a period of peace to a presidency of body bags, botched evacuations, and failed drone strikes. Yet the ruling class’s appetite for hysterical books about the Trump presidency hasn’t waned. Now Washington is excited about Bob Woodward’s take on Trump’s final days. Never mind that the biggest scandal his book has unearthed comes not from Trump but from General Mark Milley’s hyperventilating about him.

It appears that Milley, based upon imaginary fears about Trump’s mental state after January 6, committed an act of treason. According to Woodward’s book, Milley assured the Chinese that he would protect them against any military action ordered by Trump in the final days of his presidency. “If we’re going to attack, I’m going to call you ahead of time,” Milley told a Chinese general. “It’s not going to be a surprise.”

Here we see once again that the greatest threat to America came not from Trump but from a ruling class in the grip of Trump Derangement Syndrome. Out of the feverish imagination of the ruling class came the Mueller probe, which threw the country into turmoil for years, all based on an assumption of foreign collusion that never happened. It turns out that it was our own government, under Barack Obama, that intervened the most in the 2016 election, spying on the Trump campaign without cause.

Has there every been a president more maligned and harassed for what he didn’t do than Trump? The Muellers and the Milleys pummeled him for collusion that he never committed and wars that he never started.

For a supposedly monstrous dictator, Trump was remarkably restrained and tolerant. Indeed, the whole cottage industry of anti-Trump books is the result of that tolerance: he let critics of him, such as John Bolton, into his administration. In Bolton’s case, he was mad at Trump for his lack of bellicosity. As the New York Times wrote about Bolton’s book:

…the moment he cites as the real “turning point” for him in the administration had to do with an attack on Iran that, to Bolton’s abject disappointment, didn’t happen.

In June 2019, Iran had shot down an unmanned American drone, and Bolton, who has always championed what he proudly calls “disproportionate response,” pushed Trump to approve a series of military strikes in retaliation. You can sense Bolton’s excitement when he describes going home “at about 5:30” for a change of clothes because he expected to be at the White House “all night.” It’s therefore an awful shock when Trump decided to call off the strikes at the very last minute, after learning they would kill as many as 150 people. “Too many body bags,” Trump told him. “Not proportionate.”

Bolton still seems incensed at this unexpected display of caution and humanity on the part of Trump, deeming it “the most irrational thing I ever witnessed any President do.”

This story reflects well on Trump and explains why his presidency was free of bloodshed. The ruling class has a unique capacity for straining at the gnat and swallowing the camel. It can confer respectability on George W. Bush, whose misadventures in the Middle East led to tens of thousands of innocent people dying, while shunning Trump, whose presidency was marked by peace and the absence of casualties.

Bush has now endeared himself even more to the ruling class by comparing domestic political hooligans to jihadists. Yet it is that lack of judgment in Bush — that inability to make obvious distinctions — that explains his boneheaded foreign policy. Thousands of American soldiers died as a result of it. Trump was the picture of circumspection compared to Bush.

For the most part, peace and prosperity defined the Trump presidency. In light of that, future historians will find all the fuss about it baffling and silly. As the Milley story illustrates, the most crippling, self-inflicted blows to America came not from Trump but from his paranoid critics.