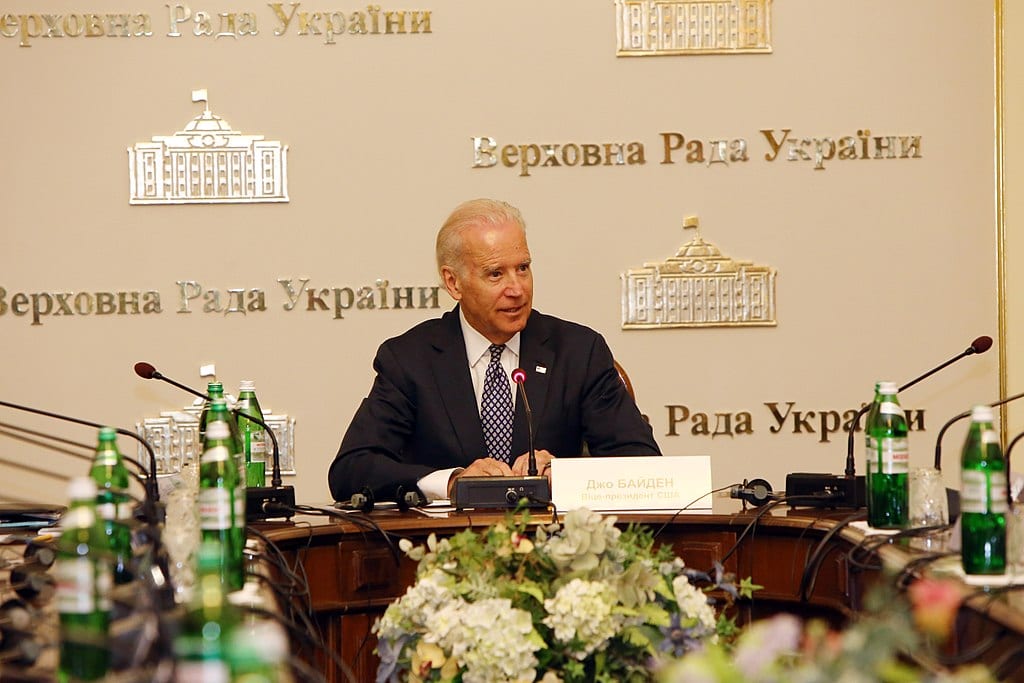 You’ve likely never heard of Andriy Derkach, and that’s all right. If the Democrat Party and their media allies get their way, you’ll never hear of him again.

But Derkach, a former Ukrainian intelligence officer trained in Moscow and a member of the Ukrainian Parliament aligned with the party of Russia-friendly former leader Viktor Yanukovych, dropped a major bombshell Tuesday in a press conference in Kiev, releasing audiotapes of phone calls which seem very much like they include conversations between another Ukrainian leader, Petro Poroshenko, and former Secretary of State John Kerry and Vice President Joe Biden in 2016.

Those audiotapes, which Derkach says he received from “investigative journalists” — it’s OK to call his sources spies — do not present, to put it kindly, Biden in a good light. The material they contain is apparently the same stuff that Rudy Giuliani was so fired up about after he made his trip to Ukraine late last year; Derkach was one of the people Giuliani met with.

We are moving closer to full exposure of Joe Biden on Burisma and Viktor Shokin’s dismissal.

On the tapes, which Poroshenko alleged Wednesday are “doctored,” which isn’t a surprise seeing as though Derkach is alleging Poroshenko committed treason and intimates he ought to be hung for essentially selling Ukraine out for U.S. loan guarantees and aid the former president pocketed, there is an unquestionable quid pro quo going on between Biden and Poroshenko.

The quid pro quo being that in return for a billion dollars in loan guarantees, Poroshenko fired Ukrainian Prosecutor General Viktor Shokin, who was investigating the bribes being paid by the Ukrainian natural gas company Burisma Holdings to the Biden family. On the tapes Poroshenko actually says there was no evidence of corruption on Shokin’s part, and yet he secured Shokin’s resignation anyway, then immediately asks for the loan guarantee.

To which Biden responds in one of the recordings, “And I’m a man of my word. And now that the new Prosecutor General is in place, we’re ready to move forward to signing that one billion dollar loan guarantee.”

“Yikes,” President Trump’s son Donald Trump, Jr., tweeted. “This is not a perfect conversation.” Trump Junior was making a light reference to his father’s having maintained that a different conversation with a Ukrainian president, the one he had last year with Volodymyr Zelensky in which he asked for cooperation with an American investigation into Burisma, was “perfect.” The Democrats actually tried to impeach Trump over what they alleged was a quid pro quo with the Ukrainians, a Bizarro World-level accusation at the time made more so with Tuesday’s audiotapes.

Trump was trying to get to the bottom of a fairly open-and-shut case of Third World-style pay-for-play corruption, in which American taxpayer dollars were clearly laundered through the byzantine government of Ukraine and payoffs kicked back to Biden’s family — $3.4 million in “consulting fees” paid to Biden’s son Hunter for his expertise in Ukrainian natural gas despite his having no knowledge of the natural gas industry, no command of the Ukrainian language, and no experience of even having been to Ukraine. That Trump was impeached over the effort to do so more or less proves the old adage that you’ll get the most flak when you’re over the target.

Which Derkach’s tapes make clear. Though the legacy media’s response so far is to claim there is nothing incriminating on the tapes, because Burisma isn’t specifically mentioned. But in one recording Poroshenko is heard to say to Biden that firing Shokin fulfills the “second part of my promise to you,” which offers a fairly strong inference that making sure accountability for the Hunter Biden–Burisma mess was off the table as the first part of the promise.

Zelensky said Wednesday that the Ukrainian government is opening an investigation into the tapes, which will be a lot more focused on Poroshenko than Biden for obvious reasons.

Streiff at RedState makes a very good point; namely, that perhaps the U.S. should follow suit with respect to Biden. He says, and credibly so, that this is a nearly ideal situation calling for the appointment of a special counsel to investigate whether or not a corrupt bargain was struck between Biden and Poroshenko with the effect of wasting American tax dollars on a corrupt Ukrainian regime in exchange for bribes paid to Biden’s slimeball son. It now appears that the Senate, thanks to Ron Johnson’s Homeland Security and Governmental Affairs Committee, is subpoenaing Blue Star Strategies, a Democrat consulting firm hired by Burisma at the same time Hunter Biden was catching that $80,000 monthly check; we’ll see if something comes out of that.

Of course the answer is “probably not.” By now we’re conditioned to accept the fact that if you attain a certain level of prominence within the Democrat Party in this country, you are prosecutorially bulletproof.

That said, we are moving closer to full exposure of Joe Biden on Burisma and Viktor Shokin’s dismissal. Shokin has filed a court case against Biden alleging interference with the performance of his duties, and the optics of that case as it moves forward will not be helpful to the Democrats’ nominee.

Assuming Biden is the nominee, that is. Are they really going to run someone for president that everybody in the country knows ought to be under indictment on corruption charges … two cycles in a row?

You don’t have to answer that, of course. We know they’re anything but afraid to do it.

But it certainly didn’t work with Hillary Clinton, and back in 2016 Hillary didn’t have a kid as dirty with Slavic bribe money (not to mention Bolivian marching powder), or audio and video bragging about extorting bribes, as Joe Biden does.

Biden and his camp are going to have to hope this goes away. Good luck on that one, Sundown Joe!