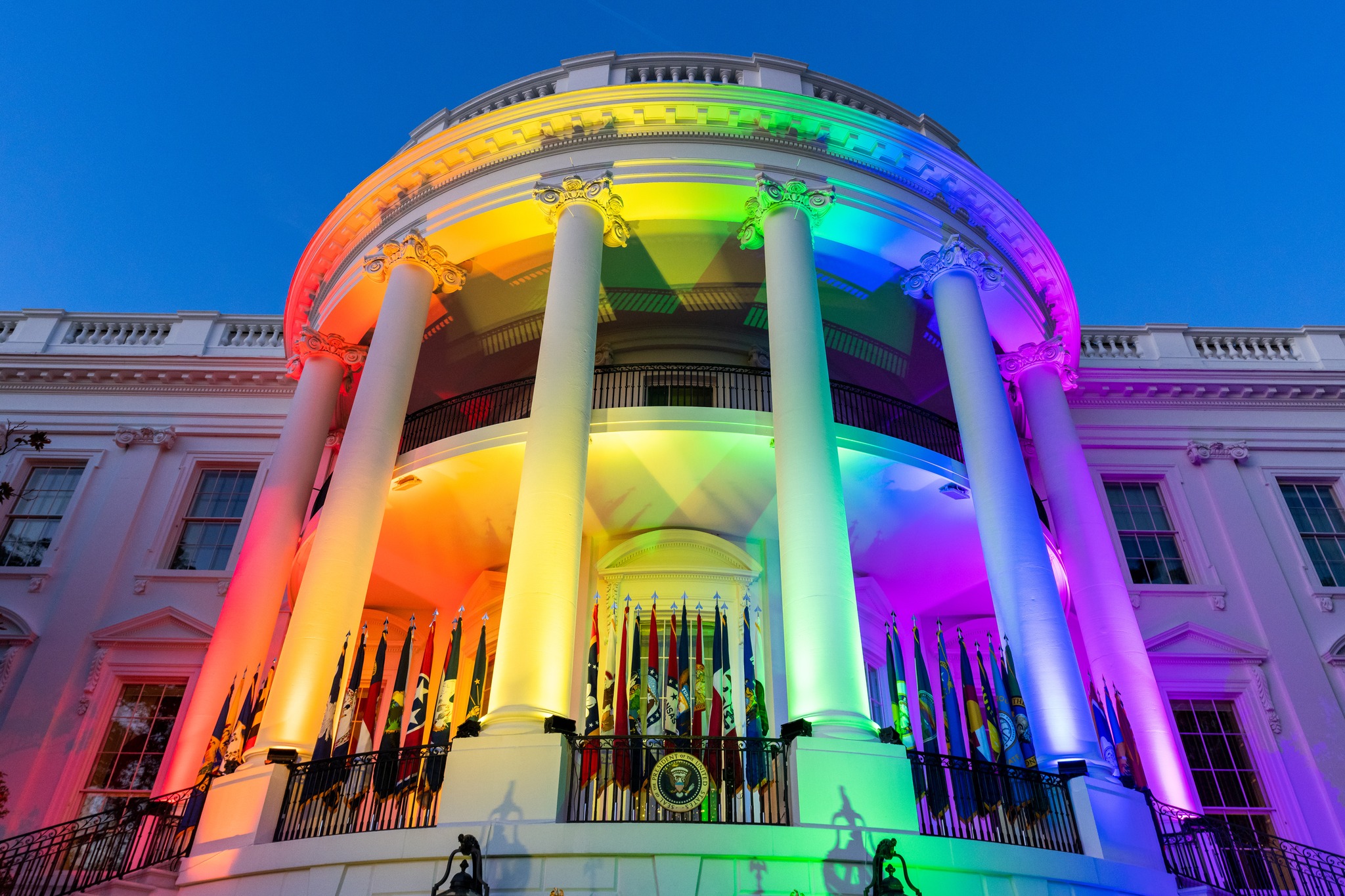 This week we had a perfect exposition, for the benefit of those colossal idiots on Capitol Hill who ran for reelection under the banner of conservatism and standing against the woke tyranny of the Biden regime, of what Stupid Party submissiveness buys for the Republicans.

It wasn’t pretty. It was lunacy.

Biden invited a drag queen to the White House today for the signing of the Respect for Marriage Act. This drag queen performs and puts on shows for kids. The Biden admin encourages this. pic.twitter.com/s8dCDBZJBA

“Born This Way” was played after President Biden signed the Respect For Marriage Act into law today.pic.twitter.com/LVaQ5eZOHR

"We can rest easy tonight because our families are validated and because we're allowed to love who we love." https://t.co/b4UpgXlaAW pic.twitter.com/959DSxvAI3

Cyndi Lauper is not somebody who ought to be lecturing at the White House on culture and freedom, any more than Sam Brinton should be opining on airport security.

But as ridiculous as the celebration for the so-called Respect for Marriage Act is — and it is ridiculous; as this column has noted, you now live in an America where the collected ballots of the dead and gone will be used to make a majority for politicians who will make criminals of pastors who refuse to officiate at gay weddings — it isn’t Joe Biden and his merry band of sex pests, social degenerates, trans activists, and cross-dressing luggage thieves who are the real morons here.

Matt Walsh had this exactly right…

Question for “conservatives” who supported the gay marriage bill: having seen the White House use the bill’s signing as an opportunity to promote drag queens and child castrations, do you stupid patsies now understand what’s really going on or have you still not figured it out?

The answer to Walsh is that if they were capable of understanding what’s really going on, they wouldn’t be stupid patsies in the first place.

Who are we talking about? Well, there were 12 members of the Senate who voted for this culture bomb of a bill:

So here’s a question. Actually, a couple of questions for these geniuses.

First, what did you get for handing the Democrats a legislative victory on a core issue that your voters are most definitely not in favor of passing?

Yes, there is the argument that if the issue of gay marriage is polled a certain way, it’ll show that most Americans are for it. That isn’t the issue. Republican voters — the people who elected these 12 clowns under the pretense that they would have our backs in Washington — aren’t for it.

So what do we get in return for the stupid Respect for Marriage Act, which contains gross unconstitutionality that will serve as a permanent employment act for the trial bar and savages the interests of religious and traditional Americans?

Do we get full reinstatement with back pay for members of the military who refused to take the jab? No.

Do we get a border wall? No.

What policy considerations did you secure from Chuck Schumer in return for not filibustering his bill that afforded an opportunity to turn the Rose Garden into a venue for Drag Queen Story Hour? It seems you didn’t even secure a promise that no transvestite groomers with a history of tweeting pornographic messages involving oral sex and little kids would be invited to celebrate the signing of a bill you bailed Schumer out on?

And the second question is why not wait for a Republican House to vet the bill in January before you surrendered?

We already know what the answers are. To the first question, it’s “Wait, huh?” Because the idea of making demands on Democrats before giving them things they ask for implies a level of political tactics and intelligence so far beyond the capability of the average Bush Republican as to seem impossible. What they know is that when Chuck Schumer asks for a surrender, negative media coverage of those who refuse is soon to follow, and, like Skinner’s rats, they’ll do whatever it takes to avoid the shocks.

You can’t run a country successfully with people like these in positions of leadership.

And about the second question, the answer to that comes in the form of the abject stupidity surrounding the budget resolution, in which the GOP is now feverishly working to surrender to the Democrats to avoid a shutdown over the Christmas holidays that will affect virtually no one. In so doing, they’ll rob that House majority to come of the leverage to get a better deal for the American people.

Why not wait for the Republican House? “Wait, huh?”

To be sure, there were a good number of GOP House members who butchered the vote and surrendered on the Respect for Marriage bill. They deserve a sound beating, perhaps in the Republican primaries, which will start in a year and change. But as dumb as those people are, it’s in the Senate where the heart of the Stupid Party rests.

And as Walsh said, when the other side is so gleefully rubbing their noses in the error of joining the Party of Gomorrah in making traditional lifestyles deviant in America, there is no further argument for continued surrender.

To the Stupid Party — you’re marks. You’re suckers. Patsies, as Walsh said. You don’t deserve our votes, and you’re the reason we didn’t turn out in the midterms. Until you show that you aren’t too dim to govern, you aren’t going to retake power in Washington.

And it’s a damn shame, because America so badly needs a revival that can only come about from the GOP no longer being the Stupid Party. Eventually, it will come. The current status quo isn’t sustainable. But the suffering and degradation that will occur in the interim?

That’s on the Thom Tillises, Joni Ernsts, and Rob Portmans of the world who don’t mind being humiliated by Biden and his drag queen friends at the White House.