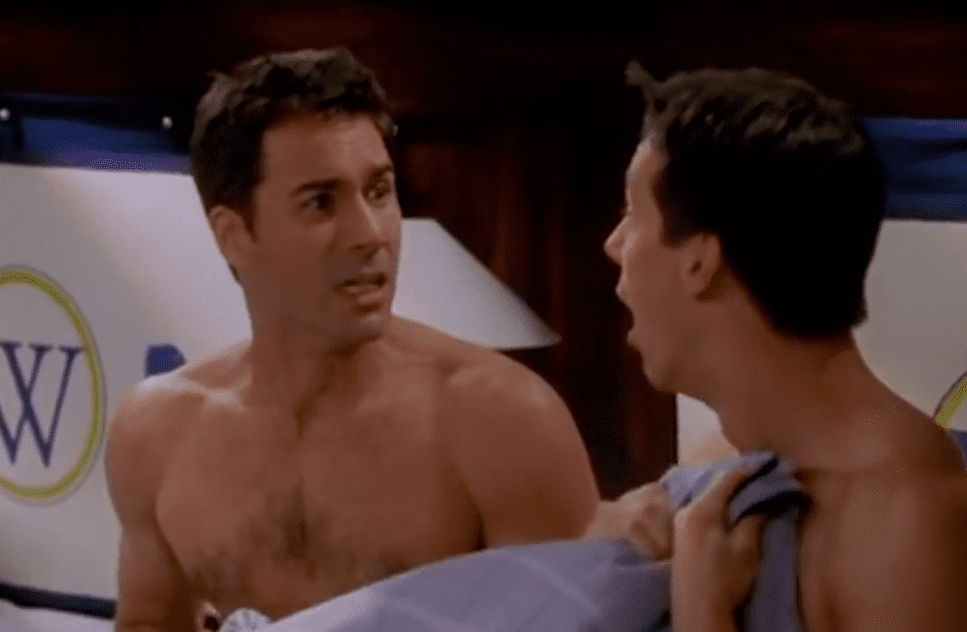 Pygmies walk the streets of Hollywood where giants once trod. Take Eric McCormack, the bland Canadian actor who in 1998 lucked into the popular sitcom Will & Grace. Rather than appreciate the hard work of the hundreds who enabled his lucrative career, McCormack last week threatened their livelihood, triggered by the news of a Donald Trump fundraiser inside his leftist Beverly Hills bubble. He tweeted, “Hey, @THR (the Hollywood Reporter), kindly report on everyone attending this event, so the rest of us can be clear about who we don’t wanna work with.” His tweet prompted justifiable outrage, with many critics branding it a new ideological blacklist. The irony escaped McCormack and his ilk that after the endless parade of films about the horror of McCarthyism (the most recent of which was Trumbo in 2015), Hollywood is now relaunching it — against conservatives.

I anticipated this phenomenon in my latest novel, Paper Tigers. The Daily Wire book reviewer noted, “One of my favorite sequences in the novel was Nick’s investigation into a new Hollywood blacklist. After tracking down a mystery writer who lost out on a big film contract, he discovers a cabal of progressive watchdogs. This time, a ban is not in place over the evils of communism, but over support for American values.” But I at least had a major Hollywood power player driving the progressive malice, not a marginal figure like Eric McCormack.

In Will & Grace, McCormack plays a gay lawyer sharing a Manhattan flat with a female interior designer played by Debra Messing, and both leads were regularly outshone by the zany supporting pair, Sean Hayes and Megan Mullally. Yet none of the quartet has managed to do anything noteworthy since the show’s 2006 demise. McCormack kept busy as the star of two failed series (Perception and Travelers) and a guest star in several others. NBC recently resurrected Will & Grace but canceled it after three short seasons.

The McCormack backlash prompted Debra Messing to support her co-star in a tweet: “I am happy to be listed when I attend a fundraiser. I am assuming anyone who donates to Trump’s fundraiser would feel the same. Why wouldn’t they?” Gilbert cartoonist Scott Adams responded, “Because of you.” President Trump himself jumped into the celebrity Twitterstorm: “[W]hen it was announced that I was going to do The Apprentice, and when it then became a big hit, helping NBC’s failed lineup greatly, @DebraMessing came up to me at an Upfront & profusely thanked me, even calling me ‘Sir’. How times have changed!” The president was more right than he knew. Times have changed in Hollywood, much for the worse, but in character more than politics. For the Greatest Generation graced Hollywood, too.

Henry Fonda and James Stewart were lifelong best friends and political opposites — Fonda an FDR Democrat, Stewart a conservative Republican — who became movie stars at around the same time. By 1941, both were at a career high point, with several instant classics under their belt (You Only Live Once, Young Mr. Lincoln, The Grapes of Wrath, and The Lady Eve for Fonda; Mr. Smith Goes to Washington, The Shop Around the Corner, The Mortal Storm, and his Oscar-winning The Philadelphia Story for Stewart). They had fame, wealth, and security far beyond most Americans, but when Pearl Harbor happened, neither man hesitated to forsake his fortune and risk death for his country — Fonda as a Navy officer in the Pacific, Stewart as a bomber pilot over Europe.

They weren’t unique for the time. Almost every major male star went into actual combat, the kind with no retakes — even the “King of Hollywood,” Clark Gable. Others included Tyrone Power (Marine, at Iwo Jima), Glenn Ford (Navy Reserve), David Niven (Royal Army, at Normandy), William Holden (Air Force), and Robert Montgomery (Navy, at Normandy). So when we watch them playing real men in post-World War II films, we buy it, because they were. We buy Gable in The Homecoming, comforting a dying soldier. We buy Power in The Razor’s Edge, seeking wisdom in a decadent world. We buy Ford in The Blackboard Jungle, facing down violent young punks. We buy Niven in The Guns of Navarone, Holden in The Bridge on the River Kwai, and Montgomery in They Were Expendable. And we sure as hell buy Fonda in Mr. Roberts and Stewart in any 1950s Anthony Mann western (Bend of the River, The Naked Spur, The Far Country, The Man from Laramie), displaying a hard edge absent from his prewar films.

None of those men would have considered censoring his fellow artists and industry workers for supporting a party or president they opposed. Fonda and Stewart’s friendship outlasted the original Hollywood witch hunts, which staunch anti-communist Stewart did not condemn. Neither did he years later condemn Fonda’s daughter, Jane, when she was pictured on a North Vietnamese anti-aircraft gun, even though his own stepson had been killed in action in the Vietnam War.

Such stoicism is beyond today’s woke Hollywood “heroes” such as McCormack, Messing, (Hellboy) Ron Perlman, and (Captain half-America) Chris Evans. “You don’t want to alienate half your audience,” Evans said. “But I’d be disappointed in myself if I didn’t speak up. Especially for fear of some monetary repercussion or career damage.”

Their words are as empty as their bravado. These Hollywood snowflakes backpedal at the slightest career jeopardy, as McCormack just did when challenged by the likes of Whoopi Goldberg. He wrote on Instagram, “I want to be clear about my social media post from last week, which has been misinterpreted in a very upsetting way. I absolutely do not support blacklists or discrimination of any kind, as anyone who knows me would attest.” But then, instead of quitting while behind, he idiotically couldn’t help sinking further: “I’d simply like to know where Trump’s major donations are coming from, which is a matter of public record.”

Give McCormack a couple of lean years, like those he threatened others with, and he’ll be begging for a guest spot on Blue Bloods, starring conservative Trump supporter Tom Selleck. It would be easy to tell which of them is the smaller man.