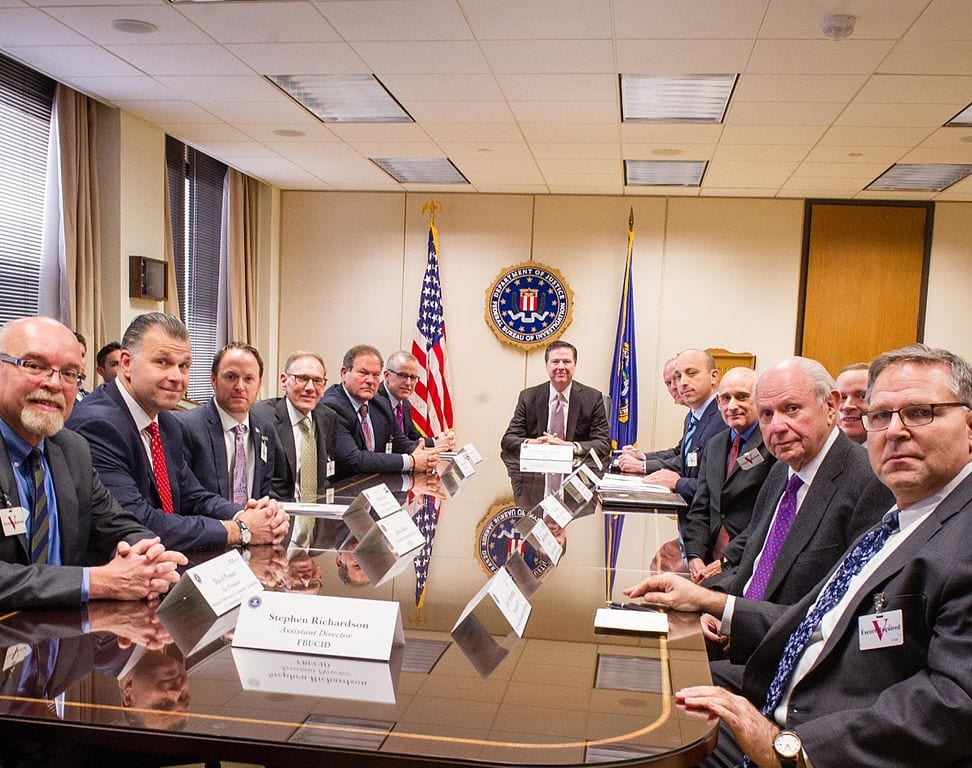 It seems like a day doesn’t go by without some female high school teacher getting arrested for having sexual relations with an underage student. The story line is always the same. Ms. Hotpants either gets caught in the act or because her student paramour shares with the world the naked selfies that for some weird reason she just had to send to his cell phone. Invariably the teacher is quickly and unceremoniously condemned, fired from her job and arrested.

This sequence of events always seemed appropriate. But, having had the benefit of reading the recent report by the Justice Department’s Office of Inspector General regarding the FBI and DOJ’s investigation of Hillary Clinton’s unsecured email server, I now realize that I have been jumping to many unwarranted conclusions about the intentions of these teachers. Enlightened by the OIG’s careful and even-handed analytical approach, it’s clear to me that I have been too rash in attributing base motives to these women without giving proper credit to their side of the story.

To illustrate this point, let me apply the OIG’s reserved and non-judgmental standards to the hypothetical case of Teacher 1 and Student A who have been caught naked in a car parked behind the local Piggly Wiggly. Herewith is an excerpt from the hypothetical report by the Pleasant Valley School District’s Office of Inspector General:

We asked Teacher 1 why she and Student A had been in her car at Midnight. She replied that he had been doing poorly in her class, and she was tutoring him. We acknowledge that such additional instruction would be a valid and proper pedagogical undertaking. Nevertheless, we asked why they were not wearing clothes. She explained that they had become hot and sweaty, and she believed that it was important that teacher and student should eliminate physical discomforts to maximize the learning experience.

We asked why they had an open bottle of vodka and a box of condoms. She explained that these items had been left in the car by her husband. Since her spouse is not an employee of the school district, we were unable to question him regarding this matter.

While we found Teacher 1’s answers to be unpersuasive, she made no direct declaration as to why she had engaged in this drunken, naked and nocturnal meeting with Student A. Consequently, we have no definitive proof that she was motivated by a desire to engage in sexual relations. Therefore, we make no finding regarding her motive or intent.

As silly as this hypothetical may seem, it is no more absurd than the OIG’s bizarre conclusion that it could not attribute a political bias or motive to the utterly fake investigation of Hillary Clinton’s use of her private and unsecured email server to transmit and receive classified materials. Given the nature of Clinton’s alleged conduct and the potential criminal charges, it was absolutely essential to have her and all material witnesses appear before a grand jury to testify on the record and under oath. But this was not done. Why?

According to the OIG, there wasn’t enough time to call witnesses to testify before the grand jury since the investigation was to be completed “well in advance” of election day. Consequently, the OIG’s report states the following:

It was not unreasonable for Department prosecutors to consider the delay that could result from motions to quash [grand jury] subpoenas and search warrants. Both Department and FBI witnesses told usthat they hoped to complete the investigation well in advance of the election, if possible, to avoid influencing the political process.Indeed, Comey pressed in early May for the prompt completion of the investigation. However, in seeking to avoid delay, prosecutors were required to balance the need for timely completion of an investigation against the need to ensure a thorough and complete investigation.We did not identify bias or improper considerations affecting that judgment call by the prosecutors. [Emphasis added]

But why did the investigation have to be completed before the election? The DOJ’s long-standing and well-established practice is to make no public statement regarding the outcome of an investigation unless and until it results in criminal charges. But, in the Clinton “matter,” it was decided that there had to be a public announcement of the investigative findings even though she was to be exonerated. Consequently, there wasn’t enough time for the investigation to be thorough and complete.

So what was the true purpose of the investigation? Was it to get to the truth and let the chips fall where they may? Or was it to hoodwink the electorate into thinking that the vaunted FBI and DOJ had conducted an impartial and thorough investigation and found that Clinton was not a criminal? The fact that no grand jury was used is irrefutable proof that the investigators had no intention of rooting out the facts.

Here’s the elephant in the room that the OIG tries to step over: Clinton was going to win the election and become the next president. All of the pols, polls, and pundits agreed on this point. Consequently, there was no way that the FBI and DOJ were going to do a serious investigation of Clinton. Such a course would incur her wrath and needlessly put jobs, careers, and agency budgets at risk once she took the oath of office.

Faced with the inevitability of a Clinton presidency, the FBI and DOJ went into self-preservation mode by going through the motions of doing an investigation and publicly exonerating her. But it was all a vaudeville act staged to help Hillary put one over on the rubes who comprise the great unwashed voting public. By their actions, the FBI and DOJ contrived to lend their credibility to Clinton’s candidacy.

In short, even though the participants in the Clinton investigation never expressly confessed their intentions to the OIG, the clear and unambiguous facts compel the inescapable conclusion that the FBI and DOJ acted with the basest of political motives to save Hillary Clinton from criminal charges.

As the old song goes, you don’t need a weatherman to know which way the wind blows. The same is true for the OIG and political bias and motive. Whether the OIG wants to say it out loud, the shameful facts speak for themselves: James Comey and his FBI and DOJ colleagues played presidential politics to secure their positions in the incoming Clinton administration. Their plan would have worked like a charm if only their candidate hadn’t lost.

George Parry is a former federal and state prosecutor who practices law in Philadelphia. He blogs at knowledgeisgood.netand can be reached by email at kignet1@gmail.com.