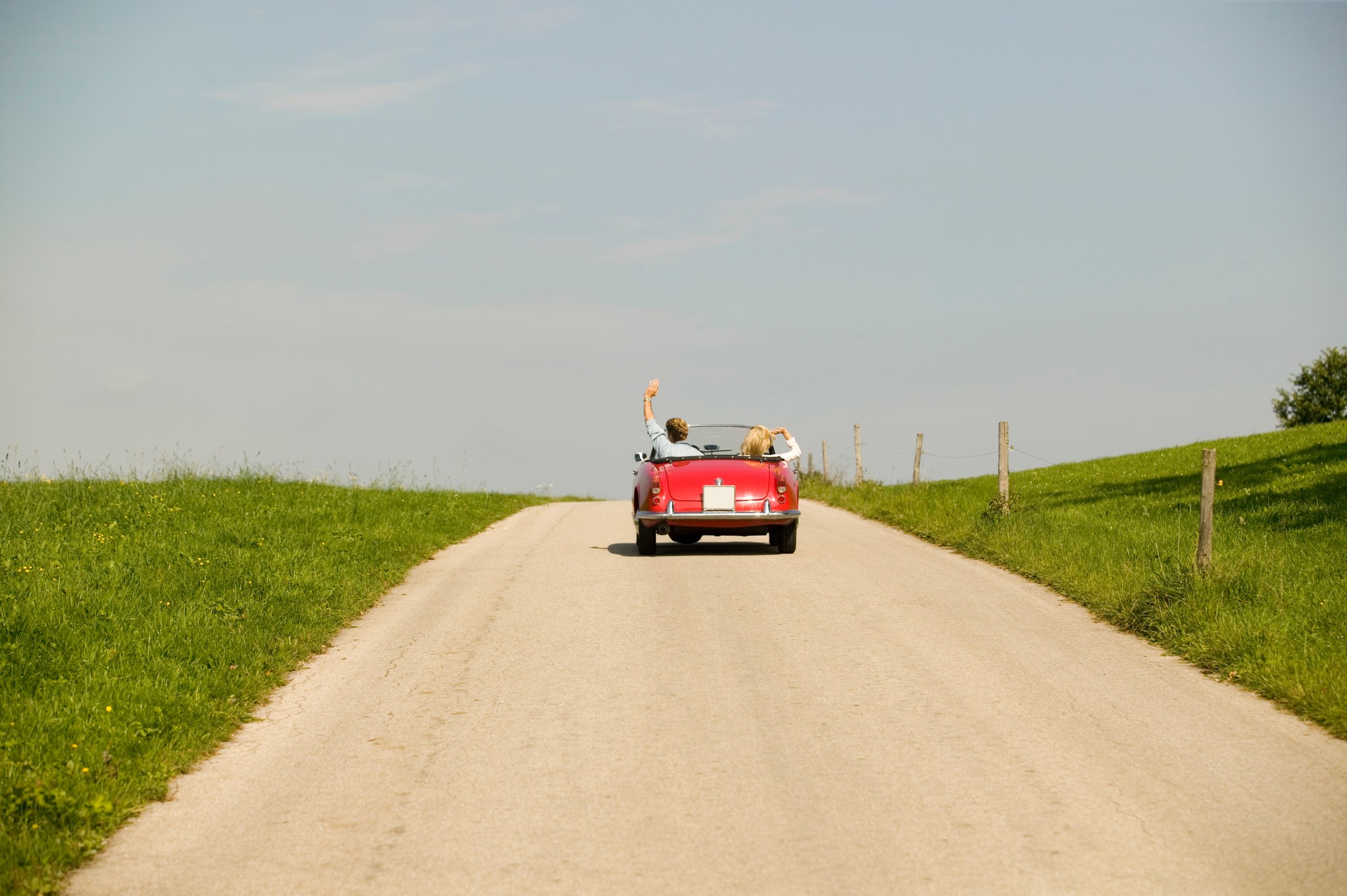 I first met Stuart when I was a congregational rav (Orthodox rabbi) in Calabasas, based in the San Fernando Valley. He is a brilliant attorney, was working in-house at a prominent corporation, and now was exploring more deeply his religious Judaic identity and his ethnic Jewish roots tracing to Turkey and Cuba. As we studied together, one time he invited me to participate in a panel discussion comprised of practicing in-house attorneys who also had experienced other careers.

(An “in-house” attorney is a lawyer employed by a business and who works at the company. By contrast, the term “outside counsel” (rather than, say, “out-house” counsel) refers to attorneys who work for law firms and whose firms might be retained by companies and others to provide certain additional skills beyond those of their in-house lawyers.)

At the time, I had transitioned from 10 years practicing at major law firms and now was working in-house for a prominent billionaire real-estate tycoon and basketball team owner. The pay there was excellent and the hours were great. Nevertheless, after a brief time, I resigned over several matters of conscience. Many readers can intuit the rest.

I was a good fit for that panel: an in-house counsel who also had a separate career as a rav. Others on the panel included an in-house attorney who now was a major radio station executive, another who had gone on successfully to write mystery novels, and a fourth less memorable person. During the collation afterward, I met Mark, an in-house counsel for a major public utility company. In time, Mark became a dear friend, a member of my shul, and I mentored and tutored his darling and exceptionally bright son towards his bar mitzvah. Along the way, Mark and I even partnered on a multi-year adventure to help locate and recoup his family Torah that ultimately turned up mysteriously in New Jersey after being transported over decades by third parties, often secretly, from Brooklyn to other sites.

It’s so fascinating how connections lead to connections. Stuart remains a dear friend. Mark and I briefly lost touch years earlier, but we bumped into each other one Sunday afternoon in Costa Mesa when we and our wives were at a special public viewing of Mel Brooks’s comedy classic Blazing Saddles — featuring live commentary afterward … by Mel Brooks in person.

Well, a few months ago, Stuart shared with me the bad news: He and his family were finished with California and now were moving to Florida.

Bob Dylan, Joan Baez, Pete Seeger, and Peter, Paul, and Mary all asked: Where have all the flowers gone? I dunno. But I do know where all the Californians have gone, and I am hemorrhaging shul members to Florida, Nevada, Arizona, Texas, Idaho, and Israel.

Understand that my congregation is not some Joel Osteen 20,000-member stadium-based church such that a departure of 10 or 20 households barely would be noticed. Rather, our numbers are more modest. We have sustained serious demographic losses — as have all the synagogues, churches, temples, and cathedrals out here. It is not just Steven Greenhut writing one of his excellent columns about California nor a Tucker Carlson special about Los Angeles committing suicide. Rather, this is intense and hits everyone really close to home: people really are leaving California. And, yes, I will turn off the lights.

California is becoming a dystopia of the rich and the poor, as the middle class not only gets the raw deal but actually makes for the egress. The weather here is the best. Our winters are mild, often even mildly warm some days in January and February. Most days are sunny. Even when it rains, three-quarters of the day ends up with the sun returning. And the summers are pleasant — none of that awful high humidity. But years of sustained illegal immigration have led to population replacement here, and the California that once gave us Ronald Reagan, Richard Nixon, George Deukmejian, and Pete Wilson — simply good old La-La Land — now is a one-party blue Democrat state that gives us mediocrities like Methuselah Feinstein and Kamala, Gruesome Newsom, the highest taxes in the nation, some of the worst public education, wild crime in cities overseen by Soros-funded DAs, homelessness on steroids (and on crack), mandatory ethnic studies and critical race curricula, and gasoline at $7 a gallon.

That is what a one-party blue Democrat state looks like. Crime statistics explode as Soros-funded district attorneys stop prosecuting misdemeanors and release recidivist criminals without bail. Woke politicos impose mandates from masks to plastic bags, craft green-energy surcharges that average voters do not realize, and teach children mandated ethnic woke studies and discuss sexual matters even in the first grades.

Really — with the enormously wealthy populations of Silicon Valley, Beverly Hills, Malibu, Laguna Niguel, La Jolla, and San Marino among the leaders, billionaires and multi-millionaires in California are doing just fine. They, their attorneys, accountants, and financial advisers have the legal tax dodges honed brilliantly. Their communities are zoned masterfully to keep out the riff-raff who earn less than six figures and who cannot afford rent payments that begin at $4,000-$5,000 monthly. They have the Pelosi-style dedicated freezers which store $15-a-pint premium ice cream and their swimming pools and in-home theaters. California dreamin’ and creamin’ and streamin’.

Meanwhile, on the other side of the spectrum, the state has become a magnet for the homeless, those relying on “entitlements” for subsistence, and those unable even to dream of educating their children privately and outside the inferior woke public school system.

Between the fabulously rich and the desperately poor, caught in a Scylla-Charybdis vise, the middle class bears the weight of the socialist economy and the coarse woke culture. And — like Stuart, Art and Leta, Jordan, Colin and Ethel, Chuck and Diane, Danny and Janae, and so many others — they are gone to Florida, Nevada, Arizona, Texas, Idaho … and even to Israel.

That’s where all the flowers have gone. No need for Moses nor the Ten Plagues. The Exodus is apace. The Promised Land of lower or no taxes, law enforcement, and two political parties beckons.

This California Streamin’ should matter to you. In a sane and fair world, only conservative Republicans would flee. They did not cause this mess and they rightfully are escaping to more conservative redoubts. But here is the evil: Many of those fleeing are committed blue Democrat woke liberals and progressives. They despise the dystopia they helped create with their toxic beliefs. Every bit as much as disgusted conservatives, they hate the high crime, exorbitant taxes, awful public schools, prices at the pump, unaffordable rents, and paying for the illegal immigration “entitlements.” However, unlike the conservatives, not only have they failed to draw obvious conclusions that their policies poisoned this Garden of Eden, but they further now endeavor to bring their poison to their new homes.

So they move to Nevada and Jan Brewer’s and Joe Arpaio’s red Arizona, and they turn it purple. Therefore, the concern must be — as a matter of critical national conservative Republican policy — to protect Florida and Texas — and what can be salvaged of Arizona and Nevada — from them. I will write more on this, but I believe that Govs. Ron DeSantis and Greg Abbott demonstrate the way: Red states need to pass unmistakably conservative new laws — restrictions on abortion after 15 weeks, bans on teaching sex to schoolchildren, steps to keep out illegal immigrants, tough-on-crime laws, laws clamping down on woke corporations — that send the message to blue Democrat streamers: You ain’t gonna find a warm and fuzzy haven here. In this state, we use plastic straws.

To attend any or all of Rav Fischer’s weekly 90-minute live Zoom classes on the Weekly Torah Portion, the Biblical Prophets, the Mishnah, Rambam Mishneh Torah, or Advanced Judaic Texts, send an email to: shulstuff@yioc.org  (Please note that Rav Fischer’s classes will be on hiatus during May and June.)

Dov Fischer
Follow Their Stories:
View More
Rabbi Dov Fischer, Esq., a high-stakes litigation attorney of more than twenty-five years and an adjunct professor of law of more than fifteen years, is rabbi of Young Israel of Orange County, California. His legal career has included serving as Chief Articles Editor of UCLA Law Review, clerking for the Hon. Danny J. Boggs in the United States Court of Appeals for the Sixth Circuit, and then litigating at three of America’s most prominent law firms: JonesDay, Akin Gump, and Baker & Hostetler. In his rabbinical career, Rabbi Fischer has served several terms on the Executive Committee of the Rabbinical Council of America, is Senior Rabbinic Fellow at the Coalition for Jewish Values, has been Vice President of Zionist Organization of America, and has served on regional boards of the American Jewish Committee, B’nai Brith Hillel, and several others. His writings on contemporary political issues have appeared over the years in the Wall Street Journal, the Los Angeles Times, the Jerusalem Post, National Review, American Greatness, The Weekly Standard, and in Jewish media in American and in Israel. A winner of an American Jurisprudence Award in Professional Legal Ethics, Rabbi Fischer also is the author of two books, including General Sharon’s War Against Time Magazine, which covered the Israeli General’s 1980s landmark libel suit.
Most Popular
1
Biden Watch
Joe Biden Versus We the People
by Josh Hammer