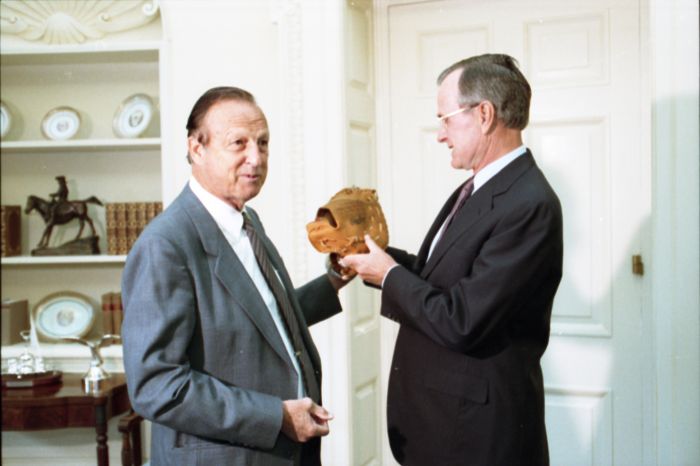 Joe Duggan’s fine column in Sunday’s TAS web contrasting the true baseball gent Stan Musial and the hostile hothead Jack Flaherty deserves a wide readership. It’s yet another sad but telling example of how all major leagues sports, formerly a unifying outlet for all Americans, have been infected by divisive and inflammatory left-wing politics.

Flaherty, a pitcher for the St. Louis Cardinals who had a solid season in 2019 but has spent most of his time since idling on the injured list, has found a use for all that time on his hands. He’s spent it dissing the country that has made him healthy and wealthy and by accusing the large Cardinal fan-base of being a bunch of racist yahoos. Clearly Flaherty studied gratitude and humility on a Colin Kaepernick scholarship, graduating with honors. The joyless wretch actually applauded the Black Lives Matter vandals who smashed up St. Louis and killed a police officer during their riots there in 2020. He also took out after the players who, because of their religious convictions, declined to wear the LGBTQ logo on their uniforms for Pride Month. How dare they put the faith of their fathers ahead of Flaherty’s and the au courants’ latest obsessions.

Duggan contrasts Flaherty’s preachy behavior with that of the Hall of Fame player Stan Musial, who, if there were a Hall of Fame for gentlemen, would be in that one too. Compare Flaherty’s obsession with the totally manufactured racism that the Left falsely claims grips American whites with the un-preachy way Musial accepted and befriended black players when they first entered professional baseball and Major Leagues in the late forties, when racism was real. Quiet leadership rather than noisy nagging. Courtesy rather than carping.

I can personally attest that Stan the Man’s reputation as an approachable and congenial gentleman is fully deserved. As a pre- and early teen, I attended Cardinals’ spring training games at Al Lang Field in St. Petersburg. Boys my age used to clump up at game’s end around the players’ clubhouse, trying to get players’ autographs. Some players signed sullenly. Others pushed past the kids, eager to get to the cold Bud they knew was on hand in the club house. After all, the Cardinals were owned at the time by Anheuser-Busch of Budweiser Beer. I nearly got cleated one day by a grumpy Mickey Mantle who brushed my autograph book aside on his way to the cold refreshment.

But the friendly Musial patiently signed for any kid, or grown-up come to that, who wanted his autograph. He even answered our childish questions and engaged in conversation with us. He realized we just wanted to share a few moments with one of our heroes. He also always realized that his privileged life was financed by fans and always respected them, accommodating them as much as he reasonably could. Extravagantly paid and pampered athletes of today could take a lesson from The Man, who would never dream of selling his signature. Or of nagging fans about what he considers their moral shortcomings.

Before we leave, just a little about the St. Louis Cardinal fan-base. It’s one of the largest and most loyal that any sports team enjoys. Most Cardinal home games are sellouts, with 40,000 or more on hand at Busch Stadium for the festivities. And this from one of the smaller metro areas in the bigs. This enthusiasm is easy enough to understand when one considers both the fact that the Cardinals have won 11 World Series championships, the second most of any Major League team, and the long list of great players who have worn the Cardinal red. (Space considerations prevent providing a complete list here.)

Cardinal fans lean heavily to Midwest nice, with very little rude chants and bad behavior that disfigures other Major League parks. (I won’t name any names here, but I’d hate to be a visiting player in Yankee Stadium.) To call these civilized Cardinal fans a bunch of Ku-Kluxers is preposterous and a rank offense.

It’s not my call, of course, but I’d bet everything I have in the credit union that Musial, a devout Catholic who attended mass daily, even while on the road, and tried to live what he believed, received a good reception from his Maker on Judgment Day. This came on January 19 of 2013 when Stan went to the next world at age 92. Flaherty will face that day too, as we all must. My advice to him now is that, unless he changes his ways, he’d better wear flame retardant shoes for this most special occasion.

At 26, Flaherty likely has many years left in which to clear his head and his heart. We can all pray that he finds clarity and grace. My advice to the Cardinals is that, if the Waukegan Wombats offer the team a case of Gatorade and a ball-girl to be named later for Flaherty’s services, GM Mike Girsch should give it serious consideration. As he stands now, Flaherty is a rebuke to the great Cardinal tradition.