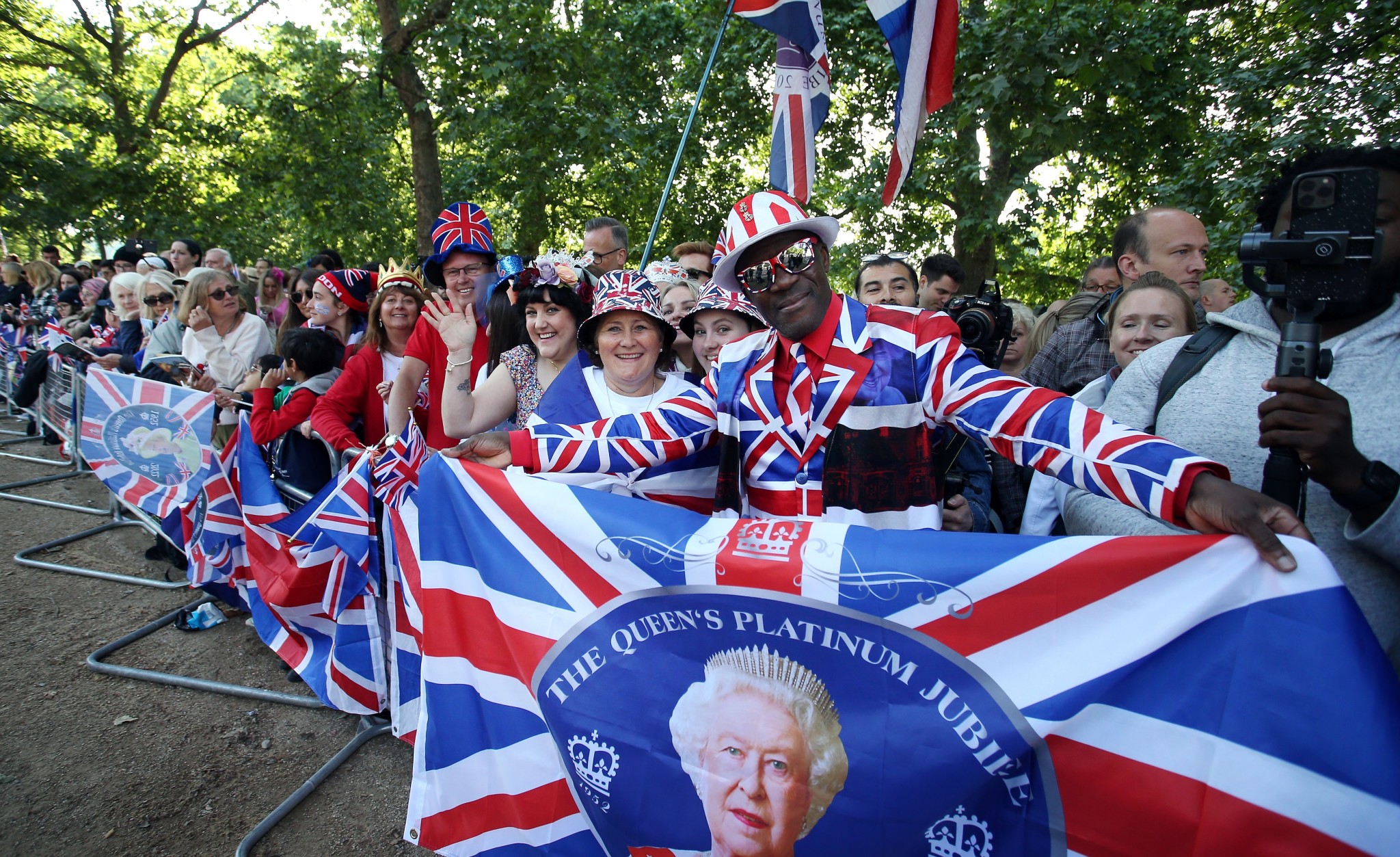 For the second weekend in a row, I observed a phenomenon that signaled a major rightward shift in the political-cultural axis. The previous weekend brought the enormous box-office success of Top Gun: Maverick, which came as a shock to everyone except those of us who spent the last decade decrying mass social justice anger as media gaslighting. Just how gaseous became clear this Sunday with the cheer of the crowd in front of Buckingham Palace the moment Queen Elizabeth II appeared on the balcony during the finale of her Platinum (70 years) Jubilee. It was the cheer heard round the world, a victory cry of Western values over Marxist forces.

The moment literally trumpeted everything the Left abhors — love, joy, beauty, class, patriotism, tradition. In a scene out of a fairytale that Woke Disney would be loath to present today, a multitude of clean-cut, well-dressed, happy, hopeful people of all races and ages (with not a rainbow flag or female anatomy cap in sight) crowded the Union Jack-bannered square to await the monarch’s appearance. When the royal family emerged — Prince Charles escorting his 96-year-old queen mother, Camilla behind him, and Prince William, wife Kate Middleton, and their three children behind the queen — the throng went wild. 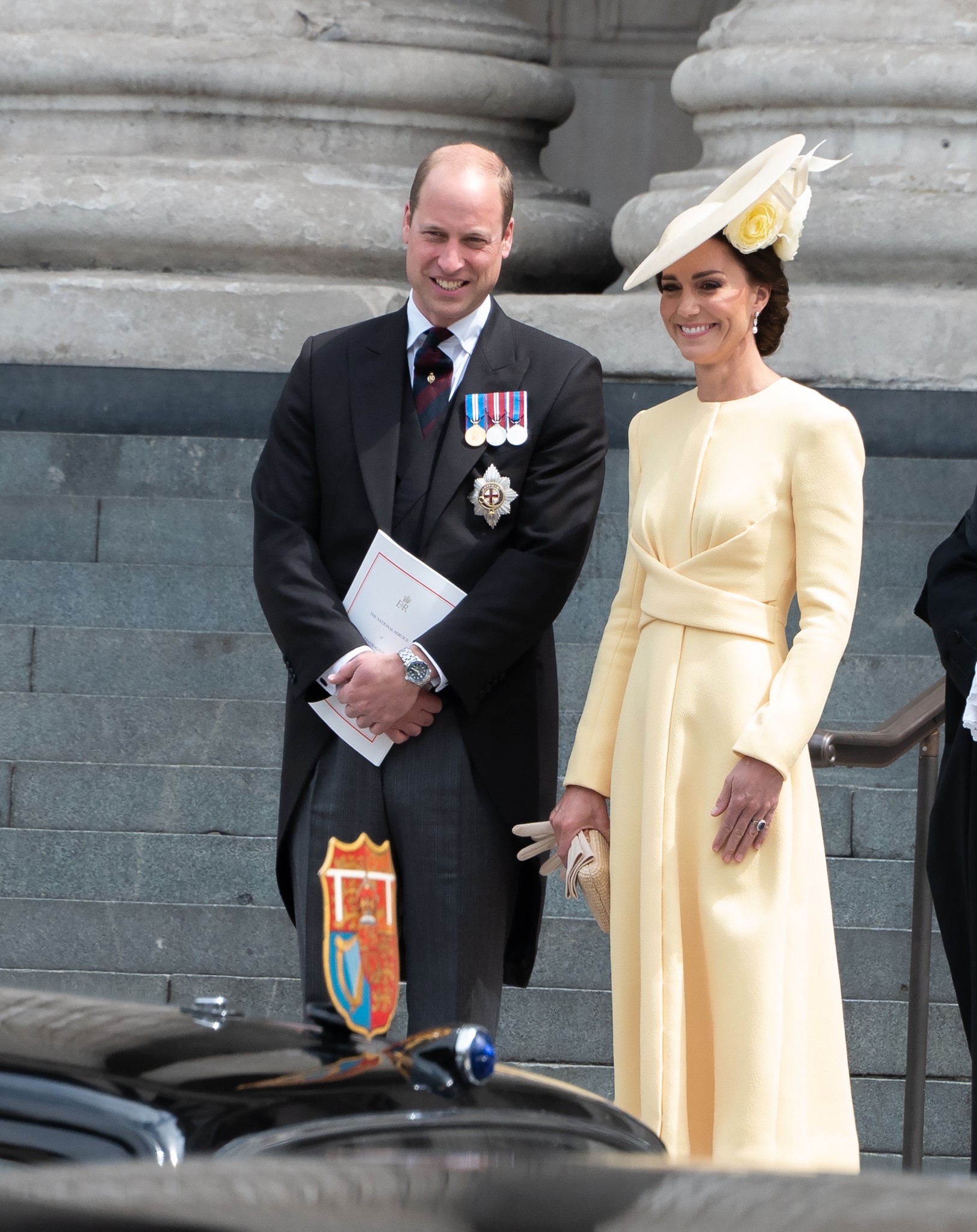 The Duke and Duchess of Cambridge leave the National Service of Thanksgiving on June 3, 2022, in London, England. (Shutterstock/Featureflash Photo Agency)

Two family members were conspicuously missing from the scene, Hollywoke darlings Prince Harry and Meghan Markle. The couple had flown to London for the Jubilee, only to receive a humiliating public reception. Leaving St. Paul’s Cathedral on Friday after a proper ritual, Queen Elizabeth II’s Service of Thanksgiving, the couple got roundly booed — while cheers greeted William and Kate. Wiser heads must have thought twice about the expats’ presence on the palace balcony.

The Culture War may be mostly bloodless, but the Left has invested immeasurable wealth, time, and effort into rotting the foundation of Western civilization. The oldest weapon in its arsenal is class warfare, with the British monarchy the highest target. Harry and Meghan went over to the enemy some years ago, thinking the tide of history was with them. Last weekend, they learned just how wrong they were. How, they must wonder, could they have so miscalculated? The answer is simple yet beyond them: Great Britain is not Meghan Markle’s Hollywoke.

Markle grew up accustomed to major corporations bending to her superior liberal will. At age 11, she and her classmates at Hollywood Little Schoolhouse pressured Procter & Gamble to gender neutralize a dish soap commercial. Having to choose between making lots more money and accommodating a bunch of spoiled showbiz brats (Megan’s father Thomas Markle was the director of photography on Married With Children), Procter & Gamble did what modern American corporations always do — it folded like origami.

Buoyed by her irresistible earthshaking powers and virtuous cause, collegiate Markle considered a political career in international relations. This plan ended abruptly when she scored too low on the Foreign Service Officer Test. Being a pretty woman, however, she found refuge in the progressive bubble of Hollywoke as a working actress in the eminently forgettable TV series Suits. There, she finally triumphed in international relations by attracting, then dominating, the weakest link in the British monarchy, Prince Harry, Duke of Sussex.

Following her royal wedding at Windsor Castle, Markle could have enjoyed a fairytale yet productive life in Nottingham Cottage as the inspiration to millions of girls — much like her husband’s beloved late mother, Princess Diana, was despite personal heartbreak. But Markle was foremost a leftist, and leftists detest fairytales as they do all joy, beauty, and ritual for not being equitable. So she sought to bend her new world from the inside, with her weakling twit of a husband as her dupe, yet with no idea of the wonderful tradition she had entered. The newlywed couple announced a drawback of their royal duties. And the queen brooked none of it, basically evicting them, even devaluing her own son.

Had Markle received a classical education at Northwestern University instead of a useless progressive one, she might have learned something about England from Shakespeare and Richard II:

This royal throne of kings, this sceptered isle, this earth of majesty, this seat of Mars, this other Eden, demi-paradise, this fortress built by Nature for herself against infection and the hand of war, this happy breed of men, this little world, this precious stone set in the silver sea, which serves it in the office of a wall, or as a moat defensive to a house, against the envy of less happier lands. This blessed plot, this earth, this realm, this England.

The British people understood all this as represented by their wonderful queen. And this is what they were heartfully cheering for Sunday at Buckingham Palace. Now the Left is in retreat on both sides of the pond.