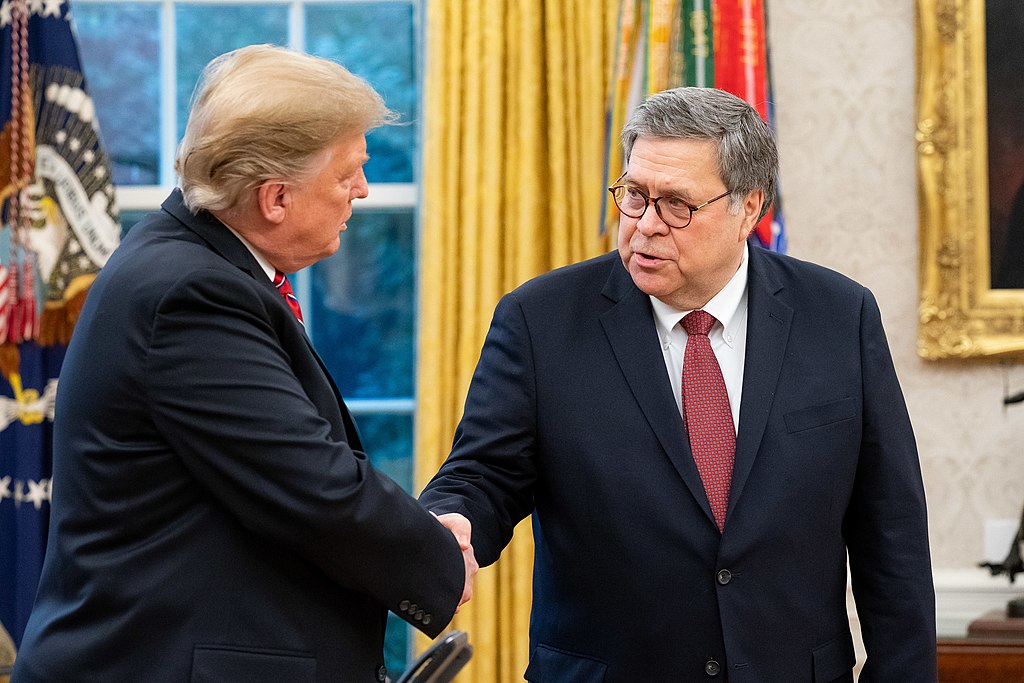 Let us turn to the controversy surrounding Michael Flynn, President Donald Trump’s first choice for national security adviser. Mr. Flynn was prosecuted and found guilty of lying to the FBI years ago, and, as the wheels of justice grind slowly in the United States, after much expense to both the government and to Mr. Flynn he was found guilty and about to be sentenced when the Justice Department under Attorney General William Barr two weeks ago let him off the hook. The attorney general, after a lengthy procedure, found Mr. Flynn committed no crime.

Yet, if no crime was committed by Mr. Flynn, that does not mean no crime was committed at all. His perfectly legal conversation with the then–Russian Ambassador Sergey Kislyak was leaked to the Washington Post’s David Ignatius. As George Neumayr and I have been claiming since this story broke, the person or persons who leaked this classified conversation committed a serious crime punishable by up to 10 years in prison. They are the people who should now be indicted.

What we are seeing is a reinvigorated Justice Department intent on exposing and prosecuting the greatest threat to American democracy in our history.

The attorney general was right. There was no predicate for charging Mr. Flynn with a crime back in 2017. Incidentally, that was not his judgment, or at least it was not his judgment alone. The Justice Department’s decision was reviewed by a seasoned prosecutor, Jeff Jensen, the United States attorney for the Eastern District of Missouri. He found in a 108-page report that there was reason to dismiss the case against Mr. Flynn. His report is damning. It throws the FBI’s whole pursuit of Mr. Flynn into doubt — as George and I said back in 2017. There should be prosecutions here, and they will not be prosecutions of Mr. Flynn.

Yet if Mr. Jensen’s report cleared Mr. Flynn, why are the Democrats and the press so eager to castigate the attorney general and not Mr. Jensen? All we read in the press is that the country’s best legal minds are outraged at the attorney general. Almost 2,000 former employees for the Justice Department signed an open letter protesting Mr. Barr’s action. (Thousands of other former Justice Department employees apparently abstained.) The answer is because the attorney general oversees the entire cleanup of “Spygate” with all its working parts. The surest way to close down this enormous undertaking is to take out Attorney General Barr.

I think that the president knows this. What we are seeing is a reinvigorated Justice Department intent on exposing and prosecuting the greatest threat to American democracy in our history. What was attempted in 2016 by scores of bad actors makes Watergate look like child’s play.

Let us return to the effort to prosecute Mr. Flynn. The purpose of the FBI to interview him was entrapment pure and simple. Someone — probably James Comey — sent agents to the White House to ensnare the president’s national security adviser in a lie. Then FBI Director James Comey said as much when he bragged about sending agents into the White House, “something … I wouldn’t have gotten away with in a more organized administration.”

The FBI never informed the White House legal team prior to Mr. Flynn’s interview, the better to catch him off guard. The FBI failed to share its transcript of the Flynn-Kislyak conversation with Mr. Flynn during their interview. As would be appropriate if they were merely seeking to verify rather than to prosecute Mr. Flynn for falsifying his testimony. Thus, he had only his memory of a passing conversation to recall what he had said. Finally, the FBI never warned Mr. Flynn that he would be held accountable for what he said in the interview. Boy was he in for a rude awakening.

So, who are the people who are to be indicted for leaking the contents of the Flynn-Kislyak call all those years ago? Well, Mr. Richard Grenell, the public-spirited acting national intelligence director, just supplied us with a list of likely culprits. They are people who submitted unmasking requests regarding the name of Mr. Flynn. It is not a long list, and it includes several very famous names, for instance: former UN Ambassador Samantha Power, former national intelligence director James Clapper, and former vice president Joe Biden. Yes, the name Joe Biden is on the list. Say it isn’t so, Joe. You were just getting your Basement Campaign underway.