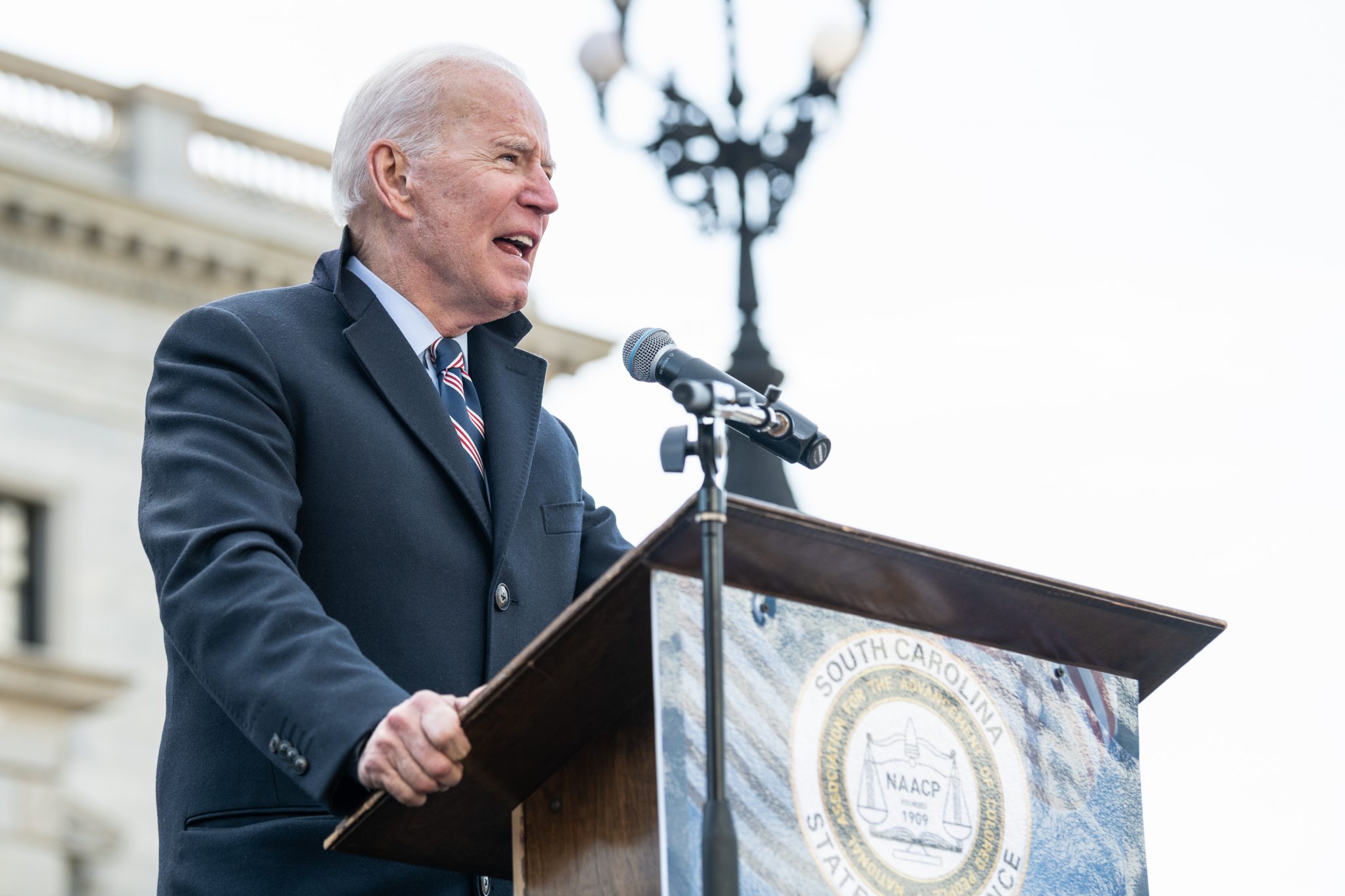 Joe Biden could finish as low as fifth place in tonight’s New Hampshire primary results. Certainly, if we can trust the most recent poll, the former vice president will do no better than third, behind Vermont Sen. Bernie Sanders and former South Bend, Indiana, Mayor Pete Buttigieg. Even a third-place finish in New Hampshire for Biden would be an improvement over his dismal showing in the Iowa caucus, in which he placed fourth behind Sanders, Buttigieg, and Massachusetts Sen. Elizabeth Warren. But as badly as Warren’s campaign has floundered, it’s unlikely Biden could beat her in her own backyard. What most troubles the dreams of establishment Democrats is the worst-case scenario for Biden in New Hampshire, namely that Minnesota Sen. Amy Klobuchar, who finished fifth in Iowa, can gain enough momentum to claim fourth place tonight.

Such an outcome would probably be a fatal blow to Biden’s campaign, and the sense that the end is near for Biden has inspired panic in the ranks of Democrats and their media allies over the possibility that either (a) the socialist Sanders could win the party’s nomination, or (b) their coalition might come completely unraveled should the establishment Democrats cheat Sanders out of the nomination, as the Vermont senator’s left-wing loyalists believe happened in 2016. Either way, the odds of any Democrat beating Donald Trump in November have become increasingly bleak, and the Great Liberal Freakout of 2020 has now begun in earnest.

We need look no further than the reliably partisan Chris Matthews at reliably partisan MSNBC. A former speechwriter for Jimmy Carter who served as chief of staff to former Democratic House Speaker Tip O’Neill, Matthews reached a nadir of despondency after Biden’s debacle last week in Iowa. In a panel discussion following Friday night’s debate in New Hampshire, Matthews went on a rant against socialism, recalling his Cold War–era visits to Vietnam and Cuba: “Being there, I’ve seen what socialism is like. I don’t like it, OK? It’s not only not free, it doesn’t freaking work. It just doesn’t work.” As his fellow MSNBC panelists looked aghast, Matthews continued, saying that if “the Reds had won the Cold War, there would have been executions in Central Park, and I might have been one of the ones getting executed, and certain other people would be there cheering, OK?”

If the state of the Democratic presidential nomination contest has inspired Matthews to nightmare fantasies of communist execution squads in Central Park, the plight of liberals must be grim indeed. Their descent into political desperation has been astonishingly swift. Just a few months ago, Democrats were quite sanguine about their prospects for recapturing the White House. The RealClearPolitics poll average showed Trump’s job approval below 42 percent in late October, and a Washington Post/ABC News poll released November 5 had Trump trailing Biden by a whopping 17-point margin, 56-39. Now, however, Trump’s popularity is soaring. The president scored his best-ever approval rating in last week’s Gallup poll, whereas Biden … well, things don’t look too good for old Joe.

The latest national poll by Quinnipiac University showed Biden losing his front-runner status to Sanders, who led the Democrats with 25 percent to Biden’s 17 percent. Even if Biden could somehow stop his slide in the polls, he is now threatened by a campaign cash crunch. “His fundraising was already suffering,” one Democratic donor told Amie Parnes of the Hill after last week’s Iowa caucus. “And he’ll have a tougher time raising money now that he needs it,” she continued. Another donor whom Parnes interviewed said of Biden, “He’s running a weak campaign. People want to vote for someone, not against.”

How did everything go so wrong so suddenly for Biden and the establishment Democrats? Go back to December, when Nancy Pelosi rushed two articles of impeachment through the House on a party-line vote. Even while Democrats were voting to impeach him, the president was campaigning in Michigan, speaking to a packed arena in Battle Creek. Watching that scene unfold, William Jacobson wrote on his website Legal Insurrection, “Tonight is the real start of the 2020 campaign.… I think Democrats will rue the day they forced this impeachment through the House.” That prophecy seems to have been fulfilled. The Senate last week voted to acquit Trump, two days after Democrats bungled the count of their Iowa caucus. Sandwiched between those two events was the president’s State of the Union Address, which ended with Pelosi throwing a childish tantrum on national TV, tearing up her copy of the text of Trump’s speech.

“This was the worst week for Democrats since Donald Trump’s election-night shocker of 2016,” veteran political reporter Mike Allen wrote Sunday at Axios. “There’s a new fatalism in my conversations with Democrats, with many telling me that what once seemed unthinkable — Trump’s re-election in November — is now starting to look more likely than ever.”

There has long been a consensus among mainstream Democrats and their media allies that if Bernie Sanders wins the nomination, there is no chance he could defeat Trump in November. Sanders and his supporters, of course, reject that consensus view and blame the centrist instincts of the party establishment for Hillary Clinton’s stunning 2016 defeat. After the votes are counted tonight in New Hampshire, the anti-Sanders forces in the Democratic Party are likely to be faced with the necessity of abandoning Biden altogether in the hope that some other candidate — perhaps Buttigieg — can prove viable as the “anybody but Bernie” choice. Such a scenario, however, would risk alienating the Sanders voters, who already believe Democrats cheated their man out of the nomination four years ago.

A mood of desperation is now taking hold among Democrats. Appearing on MSNBC’s Morning Joe program Monday, longtime Clinton strategist James Carville warned of an apocalypse — “the end of days” — if Sanders gets the nomination: “I’m afraid that Donald Trump is going to get re-elected and I have to do this four more years and I don’t think we can make it. I really don’t.… The country can’t continue like this.” Despite Carville’s vision of doom, the country is actually doing quite well — especially the economy, which added 225,000 jobs last month. From a Republican point of view, nothing could be more enjoyable than watching Democrats lose their minds over their declining prospects for winning back the White House. It may be “the end of days” for Carville, but for the rest of us, the Great Liberal Freakout of 2020 is excellent entertainment.