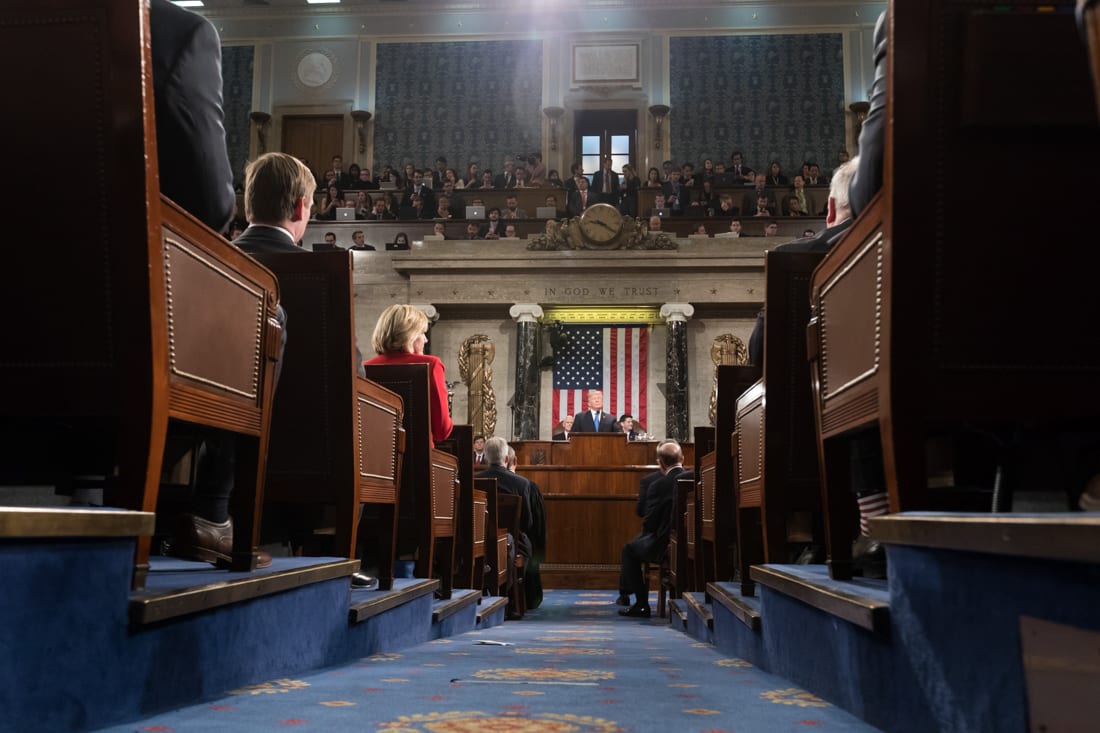 The real unemployment rate (the U6 figure) has reached a 17-year low in record time. This is almost exclusively in response to the massive amount of regulations that the Trump Administration slashed beginning from his very first day in office. The tax cuts also helped to goose the economy. For the first time in more than a decade, the economy has reached truly prosperous levels for many Americans.

Now, there remains much work ahead of the Trump Administration. Government spending is out-of-control; the failure to repeal Obamacare has raised the cost-of-living on many Americans; and the stratification between the wealthy and the poor remains at stratospheric levels (though the positive economic situation will help to mitigate this division). Also, the effects — whether positive or negative — from the ongoing (and escalating) trade war with China have yet to be fully felt by the American economy.

However, in the near-term, things are brighter for most Americans than they have been in decades.

So, how is it that the GOP is struggling to win the wave of special elections in 2018 (and there seems to be some evidence that the general midterms in November will be a tougher race than, frankly, it should be, given all of the positive economic developments)?

The problem is the GOP itself.

In a Country of Coke or Pepsi, We Need RC Cola

You see, if the American political system were a parliamentary-style of government, rather than a presidential system, the Republican Party would be several different parties on the Right. However, because we live in such a binary political system (where one must choose between Coca-Cola or Pepsi), the GOP is a tentpole party. The Democratic Party has similar cleavages — but they are nowhere near as divided and have far fewer differences between them.

No Republican believes the same thing. Some are Libertarians (not very many, though). Others are conservative internationalists. Still more are conservative-nationalists. There are too many to list; each one of them believes that their version of “conservatism” is the purest way — and they will fight to prevent any form of consolidation of the party lest it be under their direction.

Donald Trump’s election, in particular, created massive dislocations on the Right. Depending on which type of Republican you ask, Trump is either a savior-figure or a Svengali-type villain. Therefore, the Republicans — despite holding all of the reins of power — are more divided and opposed to each other than ever before.

This is made especially true by the fact that Donald Trump himself — the great lightning rod of the party — is not on the ballot. So long as Trump’s name appeared as a voting option, enough people on the Right (combined with the moderate, blue-collar, middle-class “Reagan Democrats” who allowed for Trump to penetrate the mythical “blue wall” in 2016) would materialize at their polling booths, and grant Trump a victory. But, with Trump only able to endorse candidates, the reason to vote for the GOP is less clear. The divisions dominate. They depress the vote at precisely the moment that the Left is galvanized (and, paradoxically, this is made doubly so for those Republicans who either refused or did not secure Trump’s endorsement).

One would think, then, that the natural solution would be simply to generate votes from the “Reagan Democrats” who gave Trump his electoral victory two years ago. Unfortunately, though, those voters are disinclined to vote for your archetypal Republican. Most Republican candidates favor “free trade” and open borders. They are also seen as being the party of entrenched wealth that wants to kill grandma, take away Medicare, and make people homeless. Such voters are unlikely to support traditional Republican candidates.

More importantly, there’s the issue of morality. Conventional Republicans tell us that the social issues crowd needs to be drowned out (especially in tight elections). They tell us that otherwise-magnificent candidates are destroyed because their great stances on economics and foreign policy are neutered by the fact that they tend to be weaker on social issues than the base is willing to countenance. As such, “divisive” candidates are put forward to appease the base. Yet, the Democrats have never gotten this message. At the very same time Republican Establishment-types get skittish over nominating candidates who will happily fight the Culture War, the Democrats are surging forward with their own take on the Culture War.

Alexandria Ocasio-Cortez recently argued that the Democrats have the moral high ground on the major issues. She is not alone in this sentiment. In fact, most Millennials agree with her. They gravitate toward candidates on the Left who are the most extreme (Bernie Sanders, for instance). While there is no guarantee that these democratic socialists will achieve electoral victory in 2018 (or even in 2020), the generational divide is key to understanding how Republicans are having such difficulty winning (without Trump).

After all, in 2020, the largest cohort of Baby Boomers is set to retire and begin drawing on Welfare programs en masse. This will likely create massive economic distortions, as the debt explodes, and no one in Washington addresses the issue. As the situation declines, the radicalism exhibited by the Left will intensify and gain traction. Meanwhile, the Right will continue to lose influence and legitimacy, as it bickers among its various factions and ignores the massive grouping of blue-collar voters that catapulted Trump to victory (as the GOP continues distancing itself from Trump and the issues of trade and immigration).

Going forward, the GOP needs to more fully embrace Trumpism; it needs to unequivocally take up the issues of trade and immigration — and stand firm on them (except in extreme cases). The GOP also needs to unflinchingly wage the Culture War. A coalition of blue-collar workers and social conservatives is waiting to be embraced by the wider GOP.

As Reagan said, the Republicans need to be “raising a banner of bold colors, no pale pastels.” So far, without Trump, the GOP is all pastel.