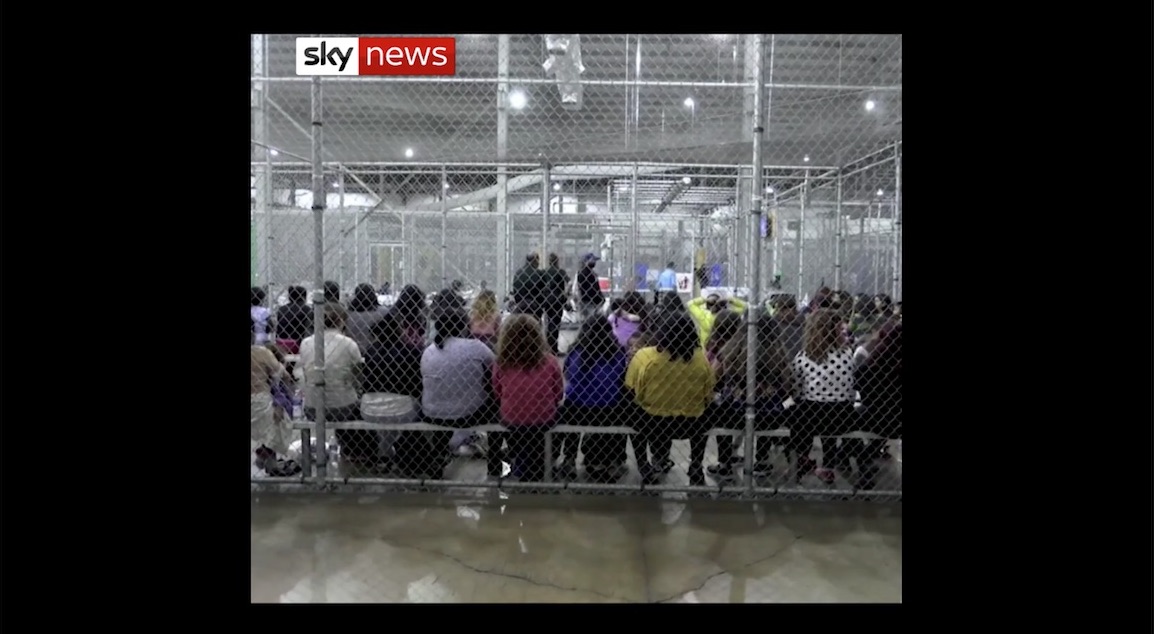 Jonathan Swift wrote in 1710 that “Falsehood flies, and the truth comes limping after it.” This has never been truer than the arguments surrounding President Donald Trump’s controversial immigration policy. Yet, as in all things, context is king. And, as with most public controversies, the media merely adds to the confusion rather than clarifies it.

You may have heard about the Trump Administration’s decision to engage in what’s being called the “zero-tolerance” policy for illegal immigrants. Anyone caught illegally crossing the border into the United States will be detained; if they have children — regardless of the age — those children will be separated from them, and they will be held for a minimum of 72 hours in a detention cell. This was in response to the massive spike in illegal border crossings that started back in March of this year (after the Trump Administration had managed to slow the illegal crossings during its first year).

Unfortunately, the images of children being pulled away from their parents by U.S. immigration officials at the border and placed in cages (or “tent cities”) tends to make even some of the most rational actors lose their cool. In all honesty, as a father of two toddlers, I’m disgusted by the images being generated at the border. It’s an embarrassment and there is a better way.

The administration is correct when they argue that the “zero-tolerance” policy predates the Trump Administration. In fact, many of the pictures being circulated of illegal immigrant children being kept in cages at the border are from 2014, when the Obama Administration engaged in similarly harsh tactics. Nevertheless, the children are being separated from their parents, and they are being placed in makeshift facilities in some cases (because the influx of illegal immigrants has risen so drastically). Following a “zero-tolerance” policy, as the Trump Administration has done, is entirely optional.

In other words, the president could have — should have — formulated a more amenable policy. Such a reasonable policy would have allowed for the president to live up to his promise of cracking down on illegal immigration — without having the ghoulish images of late from the border.

If a picture is worth a thousand words, then the picture of a three-year-old illegal immigrant boy being taken from his parents’ arms by immigration enforcement, and put into a cage, is a political bonanza for the Democrats going into the 2018 midterms.

Some believe the president’s policy will bring immigration back to the forefront going into November 2018. They correctly assert that the president won in 2016 largely because of his strict stance on immigration. Unfortunately, the president will not be on the ballot in November. Trump has thus far proven himself to be immune (thankfully) to the “logic” of the political class. However, more conventional Republicans — the kind who are actually on the ballot in 2018 — have mixed records of surviving scandals of this sort (or being willing to support such harsh policies in a contentious election).

For the president’s agenda to survive in any condition, he needs the Republicans to retain control in both houses of Congress — something that is put in jeopardy by these harrowing images from the border. Rather than immigration being a strength of the GOP going into 2018, then, it is very possible that the controversy of the Trump Administration’s “zero-tolerance” policy will galvanize the Left as never before.

Lastly, the “zero-tolerance” policy weakens the president’s position, by potentially empowering his political enemies, and it actually doesn’t help to stem the flow of illegals. If the Trump Administration were serious about protecting the border, they’d focus on building the wall — rather than spending the money and time to sort out migrants who enter the country illegally and “process” them.