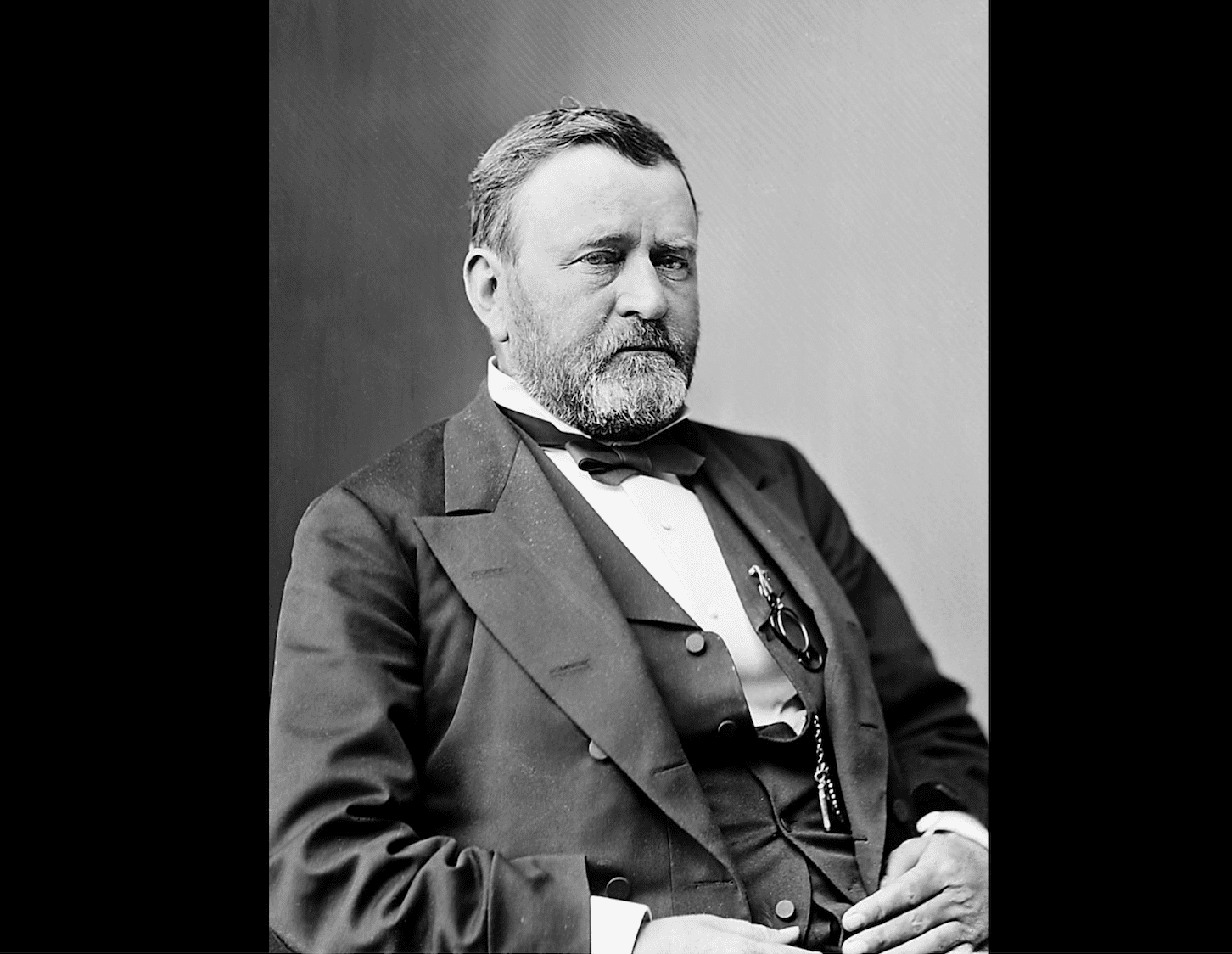 In November, 1863, the New York Herald reported that a temperance committee had asked President Lincoln to dismiss Ulysses S. Grant. They told him the general was an imbiber of strong spirits, to which Lincoln replied: “I wish you would tell me the brand of Whiskey Grant drinks. I would like to send a barrel to my other generals.” This story is probably apocryphal, but it captures the contempt with which the socially awkward Grant was viewed by the eastern establishment. This came to mind when I read the following about President Trump by a little old lady named George Will:

By his comportment, the president benefits his media detractors with serial vindications of their disparagements.… For most Americans, President Trump’s expostulations are audible wallpaper, always there but not really noticed.… And as balm for his base, which remains oblivious to his likely contempt for them as sheep who can be effortlessly gulled by preposterous fictions.

Will contends that Trump’s “deportment” is what drives the abuse and lies to which the President is subjected by the frauds of the Fourth Estate. Likewise, Grant’s exaggerated drinking was an excuse the northern press employed to denounce his tactics during the Civil War, as well as the necessity, when he was President, to keep troops stationed in the southern states. Will, in his dotage, has evidently forgotten that the media has relentlessly savaged any and all Republicans. To blame Trump for his treatment by CNN, MSNBC, et al. is like blaming a woman for her own rape.

Fortunately, Lincoln wasn’t stupid enough to listen to newspaper publishers or the temperance committees. He needed a “fighting general” to replace strangely inert commanders like George B. McClellan and Henry Halleck. By the time Lincoln lost patience with these dawdlers, Grant had won important victories at Forts Henry and Donelson. Soon he would also capture the crucial town of Vicksburg. Halleck was so jealous of Grant that he launched a campaign to undermine Grant’s credibility in Washington (sound familiar?). But Lincoln wanted battlefield victories rather than Washington gossip.

This is much the same attitude many voters, conservatives as well as independents, had adopted by the time Trump came down that escalator to announce his intention to run for the presidency. Just as Lincoln saw a proven winner in Grant, rather than another pompous peacetime general like McClellan and Halleck, the voters saw a successful businessman in Trump instead of the usual decorous losers like John McCain and Mitt Romney. And, unlike George Will, they did not and still do not give a damn about “comportment.” Trump’s supporters wanted someone on the GOP side who would fight.

They wanted someone to take the fight to the Democrats and keepfighting. Like Lincoln, who watched his commander at Gettysburg do nothing while the retreating Confederate forces withdrew to the safety of Virginia when they could have been trapped at the Potomac and crushed, they were frustrated. They didn’t give a rat’s posterior about prudence. They wanted to win and they knew something the fastidious George Will didn’t — Trump was the fighting general for whom they had all been waiting. A few here at TAS also understood. Ironically, even the execrable Michael Moore got it:

All Trump needs to do is to carry, as he’s expected to do, the swath of traditional red states from Idaho to Georgia (states that’ll never vote for Hillary Clinton).… He doesn’t need Florida. He doesn’t need Colorado or Virginia. Just Michigan, Ohio, Pennsylvania, and Wisconsin. And that will put him over the top. This is how it will happen in November.

And that’s how it went down. But Never-Trumpers like our friend George sit in their offices muttering to themselves like victims of PTSD. Will writes, “He is an almost inexpressibly sad specimen. It must be misery to awaken to another day of being Donald Trump.” Now, I am myself a recovering Trump skeptic, but it never occurred to me in my most dysphoric mood that it would be “misery to wake up” in the White House. The President if the United States wields money, power, and influence far beyond the wildest dreams of any Roman emperor that ever drew breath.

Moreover, despite the propaganda that we are daily fed by the media, Trump’s presidency has been a stunning success. In addition to a record number of accomplishments during the first two years of his White House tenure, he is winning the shutdown fight. Saturday, he made an offer that gave the Democrats what they now say they want: a compromise on the “Dreamers” plus what they have frequently demanded in the past — a physical barrier on our southern border. Yet he obviously knew Nancy Pelosi and her sock puppet Chuck Schumer would demur. Now it’s on them, as Roger Simon points out:

Nancy Pelosi is not going to Afghanistan at taxpayer expense. On Friday, an executive directive went to the heads of all departments informing them there would be no governmental air travel without explicit White House permission until the shutdown ends. Trump is playing hardball. The Democrats are not used to that.

They are not merely unaccustomed to it. They’re fighting the last political war. That, interestingly enough, is why Lincoln entrusted the execution of the Civil War to Ulysses S. Grant and his right hand man, William T. Sherman. Lee and his fellow southern generals were stuck in the Napoleonic era. Grant and Sherman were decades ahead of them. Likewise, Pelosi and Schumer are stuck in the Clinton era, and the media are still wandering aimlessly around Watergate. President Trump is fighting this war, where George Will is just a bystander, the media is white noise, and we win.