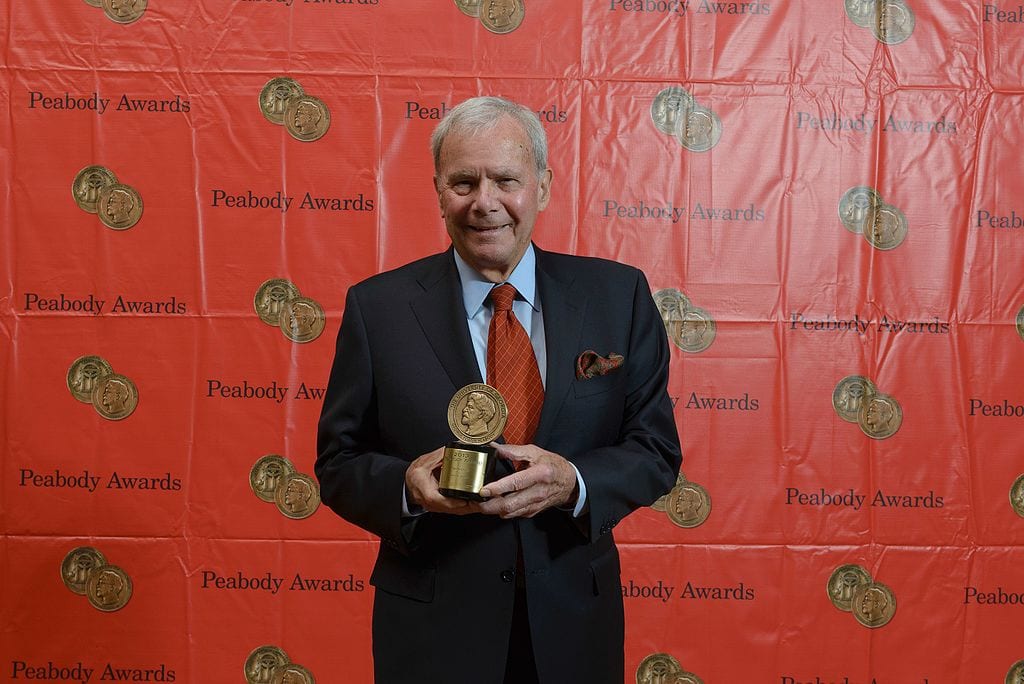 Joy Reid had cybersecurity experts and the FBI investigate her bogus claim of hacking, which is an act of fraud as pathological as Brian Williams falsely claiming a seat on a downed plane in Iraq. NBC put Williams back on the air (albeit on a more obscure perch at MSNBC) even though he never admitted to his lying. Before his return, he gave a phony interview to Matt Lauer in which he continued to cast his tale of stolen valor as a baffling mistake rather than an act of fraud. It was the classic non-apology apology, combining responsibility-dodging psychobabble with tough-sounding but meaningless contrition (he “owned” his mistake and so on).

In these sham apologies, the most pitiful forms of lying subjectivism trump reality. As Joy Reid might have put it, Brian Williams “genuinely” thought he was on that downed plane. We now know that Reid “genuinely” thought that she was hacked. Like Williams, Reid fell back on therapeutic blather, talking about herself from a distance, as if some evil spirit had hacked her mind and fingers. Her “apology” made no sense and simply constituted a new act of fraud. Yet no sooner had she completed it than Eric Holder and a who’s who of liberal luminaries praised it as proof of her “integrity.” The supposed keepers of editorial standards at MSNBC also praised the charade. One suspects that if Reid had come clean only then would MSNBC suspend or fire her. Think about that for a second: To keep her on the air, MSNBC had to pretend that she didn’t commit a serious act of fraud and that her “apology” makes everything better.

Reid assured everyone that she has “changed,” though moments earlier she had justified the false hacking claim on “genuinely” thinking herself incapable of such rudeness. Of course, Reid hasn’t changed. She is the same nasty piece of work she has always been; she will just henceforth direct that nastiness to elite-approved targets.

Tom Brokaw was too preoccupied with his own problems to join in the tributes to Reid. But it would have been a nice touch if he had tweeted out his admiration for her and she had signed the testimonial from a hundred-plus NBC women vouching for his “decency” (her name is absent from the list). According to the New York Post, some of the female NBC staffers who signed the testimonial to Brokaw (in the wake of Linda Vester accusing him of grubby, late-night advances) “felt under huge pressure” to do so.

“We had no choice, particularly the lower level staffers. The letter was being handed around the office and the unspoken threat was that if your name was not on it, there would be some repercussions down the road,” said an NBC staffer to the Post. “Execs are watching to see who signed and who didn’t. This was all about coming out in force to protect NBC’s golden boy; the network’s reputation is tied to Brokaw.”

As in the case of Reid, NBC has simply decided that honesty is out of the question. It is going to pretend that Brokaw didn’t make a crude pass at Vester and hope coverage of the matter dies. Like Reid, Brokaw has taken refuge in liberalism, penning a stupendously dishonest response to Vester’s charges.

The letter almost reads like a parody of entitled elitism, with Brokaw in effect saying his accuser is unworthy because she lacks his success and progressive commitments: “I am stunned by the free ride given a woman with a grudge against NBC News, no distinctive credentials or issue passions while at FOX…. I deeply resent the pain and anger she inflicted on my wife, daughters and granddaughters — all women of considerable success and passion about women’s rights which they personify in their daily lives and professions. We’ll go on as a family that pursues social justice in medical emergency rooms, corporate offices, social therapy, African women’s empowerment and journalism. And no one woman’s assault can take that away.”

Brokaw, ever the pompous egomaniac, disputes Vester’s charges by saying that they don’t square with his self-conception of his own wonderfulness: “As I remember, she was at one end of a sofa, I was at the other. It was late and I had been up for 24 hours. As I got up to leave I may have leaned over for a perfunctory goodnight kiss, but my memory is that it happened at the door – on the cheek. No clenching her neck. That move she so vividly describes is NOT WHO I AM. Not in high school, college or thereafter.”

But even within the confines of this dishonest paragraph we find out who Brokaw is. He is the kind of pillar of the media community who unsuccessfully solicits an affair from a twentysomething correspondent after midnight, then tries to change the subject after the rebuff comes to light. Another woman has said that Brokaw made an advance on her, and Shannon Bream of Fox News says she has heard “similar allegations” against Brokaw.

But it is hard to play the ruling-class scold — a shtick obviously important to Brokaw’s ego — if people see you as a skirt-chaser. So Brokaw, with the help of NBC executives, has rounded up all the women he didn’t try to seduce to vouch for his character. That Rachel Maddow, Andrea Mitchell, and Mika Brzezinski, among others, would participate in this fraud (designed to make a credible female accuser look like a liar) tells you all you need to know about the rottenness of feminism and the ruling class.

The feathers on the Peacock Network are off and the liberal farce it has become is evident for all to see. Its hosts and guests can tell the most pathetic, panicky lies, never apologize for them, and still turn back up on the air. If it weren’t for double standards, as the saying goes, NBC wouldn’t have any at all.