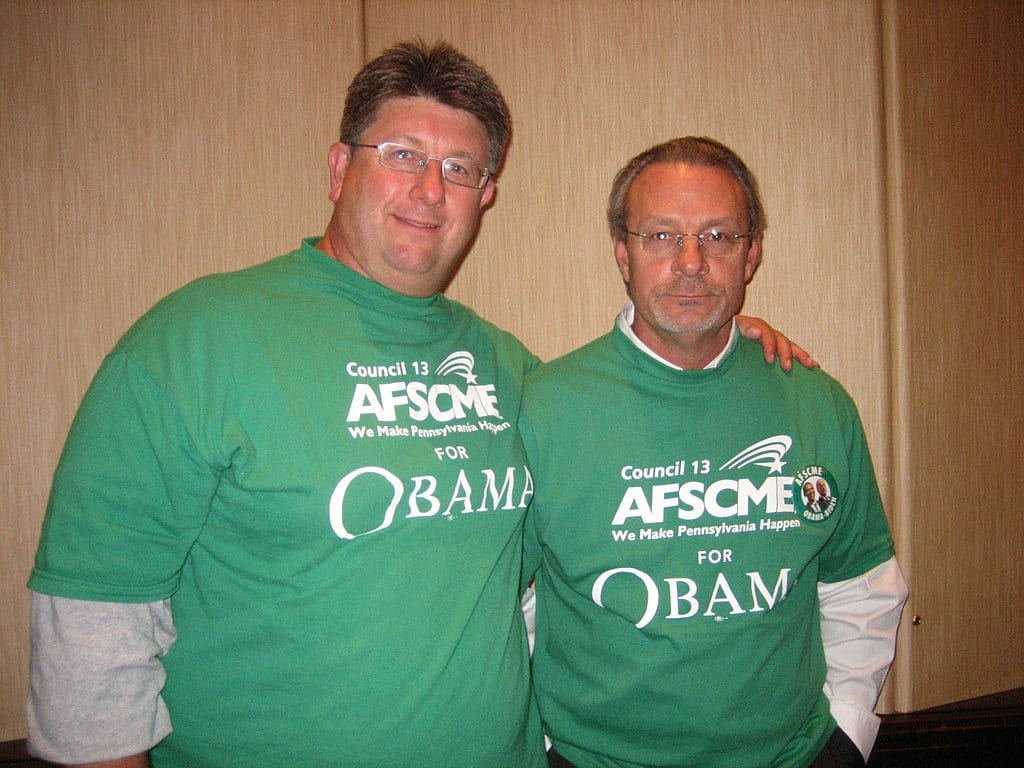 It hasn’t really been discussed in great detail by the legacy media, but there is a major Supreme Court decision coming practically any day now which has the potential to change American politics substantially for the foreseeable future.

The case is Janus v. AFSCME, a case out of Illinois. The facts of the case are relatively simple: Mark Janus, a child support specialist working for the state of Illinois, objected to being forced to pay dues to a union — in this case the American Federation of State, County and Municipal Employees — in order to keep his job. In Illinois there is a law which says that as a state worker, even if you don’t want to join a union, you’re required to pay the union a fee for services it provides to people in your workplace like collective bargaining and so on.

Which sounds fine, except that the unions use a very large portion of those fees on political donations, and specifically political donations to Democrats. And that’s something you might find a little obnoxious if you yourself are not a Democrat.

Janus’ complaint is that those forced union fees constitute a violation of his freedom of speech. And any day now, it’s expected that the Supreme Court is going to agree with him in a 5-4 decision. A similar case two years ago, after Justice Antonin Scalia passed away and before his replacement Neil Gorsuch joined the Court, was split on a 4-4 vote. Gorsuch didn’t betray a predisposition one way or the other in oral arguments in the Janus case back in February, but most people think as a conservative he’s going to join John Roberts, Clarence Thomas, Samuel Alito, and Anthony Kennedy to make a majority forbidding public employee unions like AFSCME, SEIU, the National Education Association, and the American Federation of Teachers from taking money from people who object to giving it to them.

There has been a legislative fight over this question in a number of states. The bills protecting the Mark Januses of the world are known as Paycheck Protection bills, and where they’ve passed they’ve had a significant effect on union membership. For example, in Utah, some 70 percent of teachers were contributing to union political causes before that state passed a Paycheck Protection law (the rest opted out using a convoluted process mandated by a 1988 Supreme Court decision, Communications Workers of America v. Beck, which recognized the right of union members to opt out of paying for the union’s political activities). But four years after it went into effect, only seven percent of those teachers were contributing to union political activities.

The Utah experience shows how important it can be for public employees to have a real opportunity to decline to participate in a union’s politics, rather than tokens like 30-day de-enrollment windows or rivers of paperwork to fill out in exercise of workers’ Beck rights. That’s why the Janus case, which would blow open the unions’ hold on those dues checks for political activity, is such a big deal.

And well more than 90 cents of each of those dollars were spent on Democrats. AFSCME didn’t spend a nickel on any Republican anywhere in the country in 2016.

So if public employees were able to extricate themselves from paying to subsidize Democrat politics, what does that do to the Democrat Party?

My old friend David Huguenel, who has worked political races from coast to coast and is currently a vice president for the Republican political consulting firm Jamestown Associates, wrote a very interesting blog post on Jamestown’s website Tuesday discussing that exact subject. According to Huguenel, the entire dynamic of the Democrat Party will have to change — and it might entail a split altogether.

What Huguenel says, and he’s correct, is that if public sector unions stop being the moneybags for the Dems they currently are, that party is going to have to rediscover their old love affair with private-sector unions — like the Teamsters and the AFL-CIO:

As the Supreme Court deliberates Janus vs. AFSCME, the important question isn’t simply whether Democrats will suffer if public sector unions are no longer able to involuntarily siphon money from their members. Smart observers will also be mindful of whether or not the Democratic party will be able to readjust its messaging in order to appeal to private sector unions who, unlike public sector unions, rely on a strong economy for the health of their membership. This will be especially interesting to watch play out in swing states that voted for Obama in 2012, but swung for Trump in 2016.

One thing is for sure — Democrats will have a lot of work to do to court those private sector unions. While public sector unions and their members wear their hatred of President Trump like a badge of honor, private sector building trades and unions have been warmer to him, meeting with President Trump in 2017 to discuss infrastructure and taking the time for a photo op. One can also safely assume that many of the blue collar workers who make up these unions are receptive to Trump’s “America First” policies like the recent steel and aluminum tariffs, and his tough talk on China. But this support for Trump is far from the first time that private sector unions have been vocal supporters of Republican candidates who spoke to issues important to them; in 2013, for instance, NJ Governor Christie received the support of many of the state’s private sector union leaders.

Huguenel makes the further point that private sector union members are a whole lot different people than your classic public sector union folks. Your average teamster or union electrician working at an industrial plant isn’t the same culturally as a public school teacher or bureaucrat at the Department of Motor Vehicles, and it’s that cultural difference which really matters. After all, Trump carried 43 percent of union households in 2016, and there was a very significant spread between the public sector union employees and the private sector folks within that number.

Because while the AFL-CIO, let’s say, is just as likely to donate to Democrats as the SEIU is, it’s a little different type of Democrat the AFL-CIO is interested in backing. If you’re making political decisions for the AFL-CIO your membership is likely to be a lot more restive if you’re backing social justice warrior types who think transvestites in the ladies’ room is a legitimate human rights cause or that black people by definition can’t be racist.

They’ll be a lot more interested in the Dick Gephardt types than the Liz Warrens or Maxine Waterses.

But the problem the Dems have is they’ve fully invested in the Hard Left. Look who runs the party now, after all — Tom Perez and Keith Ellison. You can’t get any more Hard Left than those two. That’s a party built by and for government workers and the cultural Marxist crowd, and it has alienated, purposefully, the union electricians and pipefitters it was built on.

And the electricians and pipefitters voted for Trump last cycle. That’s how he won Wisconsin, Michigan and Pennsylvania, and he carried union households in Ohio (which he also won) by nine points after Mitt Romney lost them by 23 points four years earlier. It was the cultural piece — truck drivers like Chick-fil-A just fine! — and Trump’s trade policy which did the trick. As such, the leadership of many of the major private-sector unions is now much more interested in playing ball with the Republican Party.

If Janus is decided the way everybody thinks it will be, it’s going to be a very difficult way forward for the Democrats. The energy in that party is clearly in the pursuit of the cultural Marxist project — intersectional feminism, the LGBTQ movement, critical race theory, and other identity politics wrapped around a core set of unsellable entitlement expansions like free college, socialized medicine, and so forth. But when the institutional money which has fueled that agenda — we’re talking largely about teacher union cash here, but also some of the other loot from hard-core leftist unions like SEIU — begins to dry up thanks to the expected Janus ruling, what then? Will the Clinton crowd be able to take that party back over and hold it together? Are the old Reagan Democrat voters even still interested in fighting for the soul of that party?

And will the membership of those private-sector unions, who are doing pretty well this year amid what looks like a booming national economy and some of Trump’s policies favoring folks like steelworkers and coal miners, even still have interest in the Democrats at all?

We’re not saying the end is nigh for the partisans in blue. What we are saying is a change is coming that they’re poorly prepared for, and the coalition they built based on the institutional money which fueled them is going to have to be reworked — and at the moment it is not in evidence they have the leadership to accomplish such a task. It wouldn’t be surprising to see large numbers of new independents who were formerly Hard Left Democrats — and perhaps centrist types as well.

Scott McKay
Follow Their Stories:
View More
Scott McKay is publisher of the Hayride, which offers news and commentary on Louisiana and national politics, and RVIVR.com, a national political news aggregation and opinion site. Additionally, he's the author of the new book The Revivalist Manifesto: How Patriots Can Win The Next American Era, available at Amazon.com. He’s also a writer of fiction — check out his three Tales of Ardenia novels Animus, Perdition and Retribution at Amazon. Scott's other project is The Speakeasy, a free-speech social and news app with benefits - check it out here.
Most Popular
1
Special Report
The Myth — and Grift — of Long COVID
by Michael Fumento