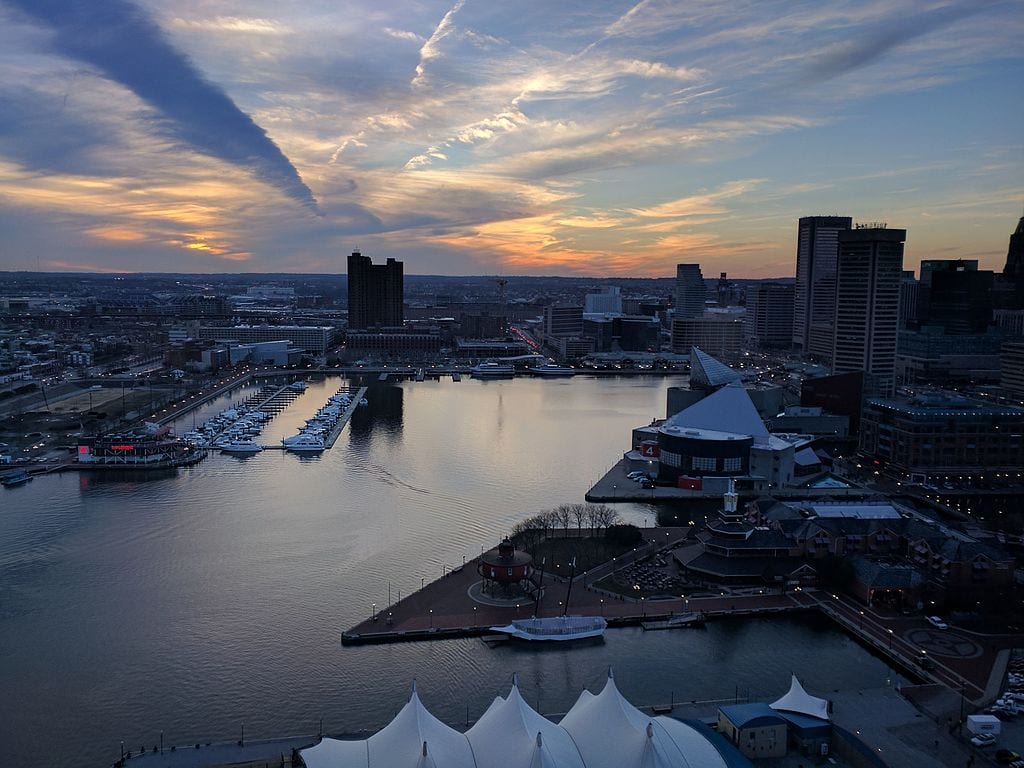 In the early days of Baltimore, if a Catholic leader had proposed a religious gathering at a swanky hotel, he would have been ridiculed. Such a suggestion would have been taken as a mark of spiritual unseriousness. Ascetic, serious-minded bishops might meet in monasteries or religious houses to discuss matters of grave importance to the Church. But a hotel? That practice only became popular after worldly, faux-populist fetishes saturated the post-Vatican II Church.

And so now every November, Catholics in the pews have to pony up hundreds of thousands of dollars for the bishops to enjoy a cushy get-away at such luxury hotels as the Inner Harbor Marriott (where they held it this year), with their creepy entourages and security teams in tow. Far from populist, the behavior of the bishops at the hotels is utterly insular. They spend much of the meeting hiding behind police officers, goons, six-figure mercenaries of one stripe or another, and a battalion of gray-haired ex-nuns turned witchy episcopal aides.

I went over to the lobby and lounge on Tuesday morning at the Marriott and saw some of the bishops shamble in. They almost all projected an unapproachable air of furtiveness. The last thing they wanted to do was talk to members of their flock, especially this year. Indeed, they pay (often non-Catholic) PR flaks, “crisis management teams,” and security goons big salaries to make sure that the faithful stay the hell away from them. Pope Francis once told the bishops that they should get the “smell of the sheep” in their nostrils. At the Marriott, the bishops are more likely to encounter the aroma of Filet Mignon. Cardinal “Joe” Tobin from Newark, by the way, was flanked at a table in the restaurant by staffers from the National Catholic Reporter, a publication known for its rejection of magisterial Church teaching.

All in all, it was a pretty dismal-looking group. An unsmiling Cardinal Sean O’Malley ate alone. So did a slumped-over Cardinal William Levada (the only news that former head of the Congregation for the Doctrine of the Faith has generated in recent years came from a DUI arrest in Hawaii).

These meetings, usually either pointless or damaging, have proven even more dubious this year, owing to a papal directive that the bishops suspend any votes on matters related to sexual abuse. “This year’s meeting is a total bust,” says a source who has attended several conference sessions. “It was worse than I imagined.”

The only news to emerge from the meeting thus far is that the pope has told the bishops not to make any. That fiat was delivered via the Congregation for Bishops to Cardinal DiNardo, the president of the United States Conference of Catholic Bishops (USCCB). I had been told several months ago by a source close to the USCCB that the organization had for all intents and purposes stopped functioning. This source said that the bishops and staffs that run the USCCB “had stopped talking to each other.” That DiNardo claims he was taken unawares by the pope’s fiat underlines that dysfunction and lack of communication. Both Cardinal Donald Wuerl and Cardinal Blasé Cupich sit on the Congregation for Bishops. They could have given DiNardo a head’s up, but evidently they didn’t.

Cupich, who is angling to be the next president of the USCCB, defended the indefensible from Francis, of course. I saw him this morning, holding forth at the breakfast table as a mute staffer nodded. Donning cuff links, Cupich sees himself as the next Wuerl, who is not looking well these days. “He has lost weight and his neck can’t fit into his collar,” said a source who sat close to Wuerl at Monday’s session. “He looks like death.” Wuerl used his time at the mike to deliver a characteristically tone-deaf speech about the need for bishops to take “personal responsibility,” a subject about which he knows nothing. San Diego’s ultra-liberal bishop Robert McElroy, a protégé of the Rome-hating San Francisco archbishop John Quinn, offered up some mumbo-jumbo about “synodality,” even as McElroy ran interference for the pope’s violation of it. Notice how the loudest denouncers of “Rome centralism” under Pope John Paul II and Benedict XVI have become champions of it under Francis, who, in his ruthless autocracy, makes even the ultramontane popes of the past look like pikers.

“The pope didn’t want the bishops to even hold a meeting this year,” commented a veteran Church observer to me. “The bishops didn’t listen and this is how he retaliated.” (Bergoglio, in fact, had wanted them to “go on retreat” instead of holding a meeting.)

Nothing, of course, prevents the bishops from implementing orthodox and holy reforms within their own dioceses. They don’t need the permission of the USCCB to run their dioceses soundly. The real vote they should be holding is to disband the USCCB, which has no divine mandate and is simply a flaky product of 20th-century ecclesiastical currents.

The only hopeful news on Tuesday came from a pavilion across from the Marriott, at a peaceful protest rally organized by the media apostolate Church Militant. There, news was made: Cardinal McCarrick’s primary victim, a gentleman merely named “James” in the New York Times story from earlier this year, spoke and disclosed his last name for the first time publicly. It is Grein. He got a much-deserved standing ovation for an impassioned speech about his fervent Catholic faith despite 18 years of abuse at the hands of Theodore McCarrick. James Grein said what the bishops wouldn’t: “It is not Francis’s church; it is Jesus Christ’s church.”