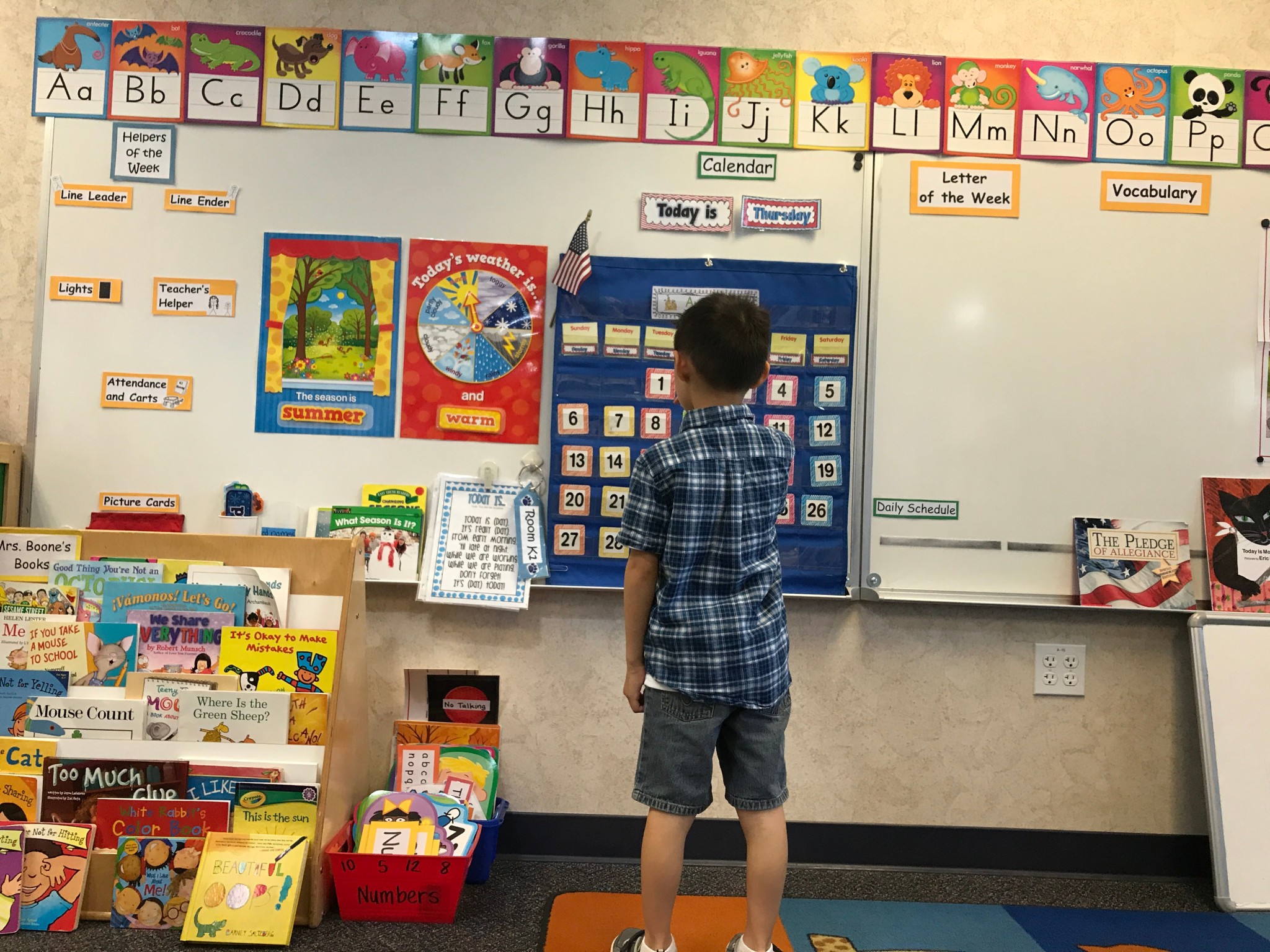 Do parents have the right to know what their children are being taught in public school?

Of course, it’s not quite that simple. The description of the latter party can be tweaked to “teachers unions” — although you don’t hear many individual teachers bucking the union line — but the dichotomy remains: parents want to know what’s going on in their kids’ classrooms, and teachers, administrators, and their union bosses would rather not tell them.

Add the courts to the list of those on the unions’ side. In a decision coming out of Michigan in mid-December, a district court judge ruled that a concerned mom who filed a freedom of information act (FOIA) request to view course material at her kids’ public school did not have legal standing to do so. The work product of public school teachers — their lesson plans, their teaching materials — was not subject to FOIA requests.

It seems amazing that the issue is even in the public realm. Parents turn their treasured progeny over to a government institution for seven or eight hours a day, five days a week, minus holidays and seasonal vacations, for 12 or 13 years, years during which the children’s minds will be molded, their thinking patterns formed, their prejudices established. It is the dull and benighted — or terminally distracted — parent who does not want to know what’s going on inside that schoolhouse.

Christopher Rufo, champion of parental rights and educational reform, says the quest for curriculum transparency is built on “an irrefutable moral argument”:

[P]arents have the right to know what the government is teaching their children. Parents are not only taxpayers but also the primary stakeholders in the public education system. Approximately 90 percent of American families entrust their children’s education to public schools. That system’s minimum responsibility is to provide accurate, timely, and comprehensive information about the curriculum.

To say all this is to belabor the obvious, and for decades the transparency issue was a nonissue. There was minimal disparity between what was taught in the classroom and what was learned, and reinforced, in the home. Teachers and parents were reading out of the same textbook — capitalism good, socialism bad; frugality good, prodigality bad; Judeo-Christian sexual morality good, licentiousness bad. Kids were proud of their country and revered their history’s great names — George Washington, Thomas Jefferson, et al. — with near unanimity; “patriotism” had not bifurcated into antithetical definitions.

The unity frayed in the 1960s and thereafter, and while some parents were troubled by the public school agenda — the chapter on education in James Davison Hunter’s classic work of 1991, The Culture Wars, dealt primarily with the threat of “secular humanism” — public schools still garnered the respect, or at least the acquiescence, of the general population, conservatives included.

That has been changing for a little while now, and the regnant discontent with public education skyrocketed since the onset of COVID and schools’ overly cautious response, insisting on Zoom learning long after it was necessary and in ignorance of its retardant effect on educational growth. That dissatisfaction was galvanized by the death of George Floyd and the subsequent riots; many schools used the event to underscore concepts favored on the left, to wit, America’s racist history, white supremacy, and structural racism. Washington, Jefferson, and others were condemned for owning slaves; Christopher Columbus’s “discovery” of America was recontextualized to honor the indigenous occupants of the continent.

The education establishment framed all this as valid instruction in American history and assailed any attempt to curtail it as an effort to control the teaching of concepts such as racial equity and justice — conservatives were fighting “imaginary dangers” and were merely trying to deny the truth of America’s past, they said. But public schools insisted they were not teaching critical race theory, which transmogrifies race into the lens through which all of life is seen. Indeed, up until 2021, apologists for public education, including the teachers unions, went to great lengths to condemn any accusations that the schools employed CRT in their education. It was a misnomer, they said, as CRT was graduate-school theory only and not used in K-12 education.

A plan, approved by the National Education Association, the country’s largest teachers union, to promote CRT in all 50 states and in 14,000 school districts put the lie to that. Rufo tweeted the plan particulars in July 2021, one plank of which stated:

Provide an already-created, in-depth, study that critiques empire, white supremacy, anti-Blackness, anti-indigeneity, racism, patriarchy, cisheteropatriarchy, capitalism, ableism, anthropocentrism, and other forms of power and oppression at the intersections of our society, and that we oppose attempts to ban critical race theory and/or The 1619 Project.

Add to this Glenn Youngkin’s successful run to the Virginia governorship, spurred by his opponent’s insistence that parents had no role in their kids’ education, and the gender obsession of certain schools — combated by the Parental Rights in Education Act passed last spring in Florida, among other efforts — and what is born is a quest for academic transparency. Parents are pushing to know what teachers are teaching.

Spearheaded by two conservative think tanks — the Manhattan Institute and the Goldwater Institute — pertinent legislation would require public schools to make teaching materials used in class available to parents. Both organizations have produced templates (see here and here) for legislatures to consider in enforcing academic transparency. According to Rufo, as of last February, some sort of educational transparency bill had floated through, or was floating through, 19 state legislatures. Two such bills were passed, in Pennsylvania and Wisconsin, only to subsequently meet a governor’s veto pen.

Opposition to such legislation — from teachers, their unions, and “free speech” advocates — has been considerable. Some centers around the expertise of teachers. Nikole Hannah-Jones, the creator of the New York Times’s 1619 Project, said in an appearance on NBC:

I don’t really understand this idea that parents should decide what’s being taught. I’m not a professional educator. I don’t have a degree in social studies or science. We send our children to school because we want them to be taught by people who have expertise in the subject area.

Others claim such legislation would cramp their pedagogical style. A union leader in Kansas complained: “This is to create a one-size-fits-all programming for our students so that we can lay out all our plans before we’ve even met our students and understand their individual needs.” Another in Indiana worried that teachers would have to “guard every single word that they say,” especially in social studies class and when discussing current events. Another worried that such strictures would impede teacher recruitment.

Other teacher gripes are practical. Putting lesson plans to paper and listing materials down to every web page or article means more work for the teacher. Teaching is a dynamic enterprise, with much thinking on the fly and resource adaptation. And, as one criticism has it, because many curriculums are dumbed down to make learning “teacher-proof,” enterprising teachers are often forced to augment the curricular materials. They search the web for content, employ ad-hoc illustrations, and make it up as they go. As one who spent five years on the business end of a middle school teacher’s desk, I know intimately the ins and outs of “winging it” and can empathize with this particular plaint. But while complying with an academic transparency edict will require more work for teachers, parents still have the right to know what’s going on in their kids’ classrooms.

The fight over curriculum transparency could have been avoided had the cords of trust between home and school not frayed so radically over the last few decades. Teachers unions, and many teachers themselves, are on record backing controversial views about race and gender that many parents consider wrongheaded, in the one case, and immoral, in the other. This is an invidious time, with strong beliefs on both sides of every political and cultural debate. Parents want to safeguard their children from destructive “woke” pedagogy, and one way to do that is by requiring teachers to tell them what they’re teaching.

As Rufo said, “Millions of American families feel that the public schools are working against their values. Transparency legislation is the bare minimum for public schools to start rebuilding trust with these families.”

Fed Up With Our Failing Schools? Parent Power Can Help