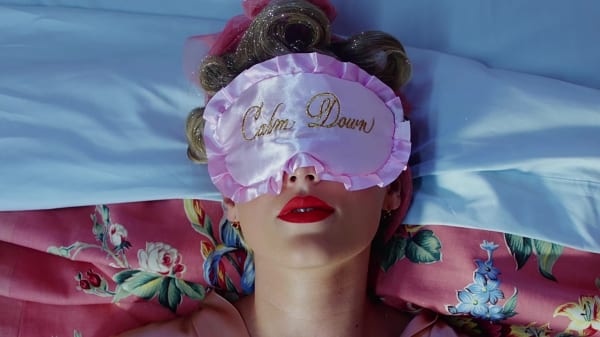 Leftists are at war with the freedom of conscience … again. Pop star Taylor Swift released the music video for her new single “You Need To Calm Down” on June 17. The video features many prominent celebrities in the LGBT community, including TV host Ellen DeGeneres, singer/songwriter Adam Lambert, the men from Netflix’s TV show Queer Eye, pop star Katy Perry, and more. Swift ended the video by urging viewers to sign a petition for the Senate to pass the Equality Act, a bill that the Democrat-controlled House already passed in March. The bill promises to be the Civil Rights Act 2.0: LGBT Edition.

The video is currently standing at nearly 54 million views and the petition holds upwards of 400,000 signees as it moves on to the Senate. In the song, Swift sings, “Why are you mad when you could be GLAAD?” — a reference to the Gay & Lesbian Alliance Against Defamation, a nonprofit organization. She also declares to the haters, “Shade never made anybody less gay.” The video shows unkempt, angry picketers with signs saying, “HELL,” “ADAM AND EVE NOT ADAM AND STEVE,” and “Get a Brain Morans! [sic].” Swift implies that all supporters of traditional marriage are as uncool and hateful as the protesters in the video, reminiscent of the members of the Westboro Baptist Church.

Swift cheerily shows that it’s not “hip” to disfavor LGBT people, but the Equality Act claims the country systematically discriminates against this community in the law of the land. Supporters of the bill claim that the LGBT community faces no legal protection against discrimination. Their concern is that employers, teachers, service providers, and the like can discriminate against members of the rainbow flag community strictly for that: their membership. The Equality Act hopes to protect against prejudices so that the LGBT community can live in peace without risk of facing bigotry.

What does the Act really entail, though? Mere job security and societal decency? Nay. The Equality Act threatens the freedom of employers, medical professionals, children, women, and nonprofits by granting LGBT people positive rights. The Act would require bakers like Jack Phillips to make cakes celebrating gender transition despite religious convictions. Worse, it would force surgeons to perform permanent gender transition surgeries on teenagers, despite any moral reservations. As The Heritage Foundation puts it, “This bill would politicize medicine by forcing doctors, nurses, and other medical professionals to offer drastic procedures—not in view of new scientific discoveries, but by ideological fiat.”

The Act, if passed by the Senate and approved by the president, would normalize gender transition among young children by saying they deserve puberty blockers if they currently feel uncomfortable in their own skin. Supporters of the Act conveniently hide the fact that 80 percent of kids with gender dysphoria grow out of it.

Women would get the short end of the stick with this bill because female-only spaces, such as bathrooms, locker rooms, and sports competitions, would be open season for anyone who identifies as a woman. Female athletes already have been forced to give up their sporting placements to transgender athletes who out-perform them due to naturally higher testosterone levels and athletic abilities, and this bill would only worsen the problem.

Though some might find Swift’s song to be a fun addition to their summer playlist, and most would agree that Americans shouldn’t exile people from society simply because of who they’re crushing on, the bill she urges Congress to support goes further than mere acceptance of differences.

The Heritage Foundation says, “The Equality Act actually furthers inequality, especially for women and girls, by punishing anyone who does not affirm a single viewpoint of marriage and biological sex.”

The war against the First Amendment is ever-present and always persistent. Swift is using her platform to encourage Americans to petition away freedoms. Like can you just not step on our gowns, Taylor?