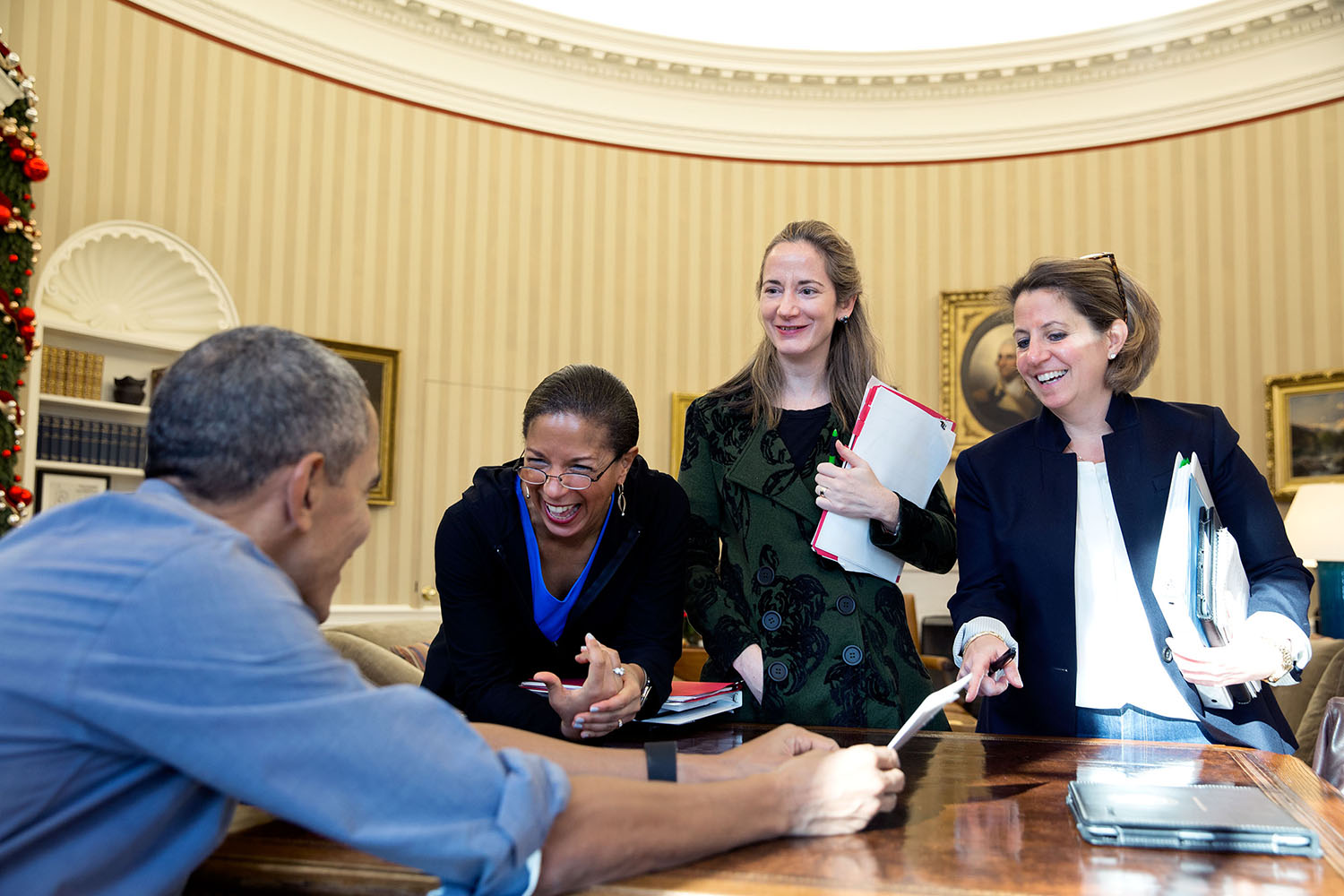 Presumptive president-elect Joe Biden is appointing a slew of Obama retreads to his cabinet and White House staff. Identity politics controls many of the choices: they will be “the first woman” or “the first black American” to hold a particular job, regardless of their personal merits.

By naming Susan Rice to be his chief domestic policy adviser, Biden is embracing — and rewarding — one of the worst.

As Obama’s UN ambassador and later his national security adviser, Rice stands alone as the worst and most consistent liar this side of Hillary Clinton. In 1996 the late, great William Safire called Hillary a “congenital liar.” Rice is different. Her lies are pathological, not congenital.

To plumb the depths of Rice’s deceit, we need to go back to the September 11, 2012, attack on the U.S. embassy and CIA annex in Benghazi, Libya, and then flash forward to her “unmasking” of Trump associates during the infamous “Crossfire Hurricane” counterintelligence “investigation” into Trump’s campaign and his 2017 transition.

In the March 2013 edition of The American Spectator magazine, R. Emmett Tyrrell, Jr. and I wrote a rather long piece setting forth the lies and failures of Rice and the Obama team in making the Benghazi attacks likely and then trying to spin their way out of blame for them. The following is a condensed version of what we wrote then.

For months before the attacks, the CIA was warning that both facilities were vulnerable to attacks from the large terrorist cells, which numbered about a dozen, within the Benghazi city limits. The intelligence community warned then-Secretary of State Hillary Clinton of these circumstances and the local security force commander repeatedly requested reinforcements. Clinton denied them. Her denial of reinforcements continued after even after the British ambassador’s car was attacked in June and other consulates were attacked over the summer.

What’s even worse, no nearby U.S. military forces were put on alert. However the Obama administration tried to spin it, that failure was criminal negligence.

Because Islamic terrorists like to celebrate past attacks by making new ones on the anniversary of the first, it was likely that an attack would come on September 11, 2012. Because no military forces were alerted and positioned to respond to possible attacks on the Benghazi facilities, they were unprepared for the attacks.

No aircraft were on alert at either the U.S. Air Force base at Aviano, Italy (about 1,100 miles from Benghazi) or the Naval Air Station at Sigonella, which is even closer to Benghazi (about 480 miles). No tanker aircraft were positioned to refuel fighters coming out of Italy. No U.S. ground forces were put on alert.

The same terrorist group attacked the CIA annex, less than two miles away, at about 4 a.m. The very first round of mortar fire was dead on target. That cannot be done, a Navy weapons expert told me then, unless the mortar is “registered” to a specific target distance before the attack.

By the time of the attack on the CIA annex, a small team of U.S. ground troops was sent to Benghazi from Germany. When they landed in Libya (about 10 hours later), they might have been able to counterattack at the CIA annex, but they were delayed again at the Tripoli airport by Libyan officials. By the time they reached the annex, two former SEALs, Glen Doherty and Tyrone Woods, had been killed, and the attack was over.

Noticeably absent from the fight were the two squadrons of F-16s stationed at Aviano. There were probably F-18s at Sigonella as well. Flying to the rescue of Americans under fire, they could have reached Benghazi in an hour or less if they were armed, on alert, and could rely on tanker support. (The F-16 can fly at Mach 2, about 1500 mph, while the F-18 is only a bit slower.)

If even a single fighter aircraft had reached Benghazi, as many should have been able to, it could have strafed the terrorists and ended the attacks before any Americans were killed.

But no one came in time to the rescue of the besieged Americans. What did happen was that the Obama team went into full spin mode.

Enter Susan Rice, then Obama’s UN ambassador. The following Sunday, Rice appeared on five television news talk shows to proclaim that the attacks were a “spontaneous” reaction to a highly obscure anti-Muslim YouTube video titled “The Innocence of Muslims.”

Rice played an undefined role in the joint FBI/CIA “Crossfire Hurricane” spy campaign on the 2016 Trump campaign, which continued through the 2017 transition. In her capacity as national security adviser, Rice reportedly demanded the “unmasking” of dozens of intercepted communications.

Under the Foreign Intelligence Surveillance Act, which the FBI and CIA used to cover their “investigation,” the names of Americans whose communications are intercepted are supposed to be “masked,” i.e., redacted in reports and their communications deleted from intelligence community records after a short period.

Rice’s demands to unmask the names of U.S. citizens were granted. We don’t know how many leaks resulted from them.

Even that didn’t end Susan Rice’s lies. On Inauguration Day 2017, as she left office, Rice sent herself a classified “memo to the record.” The memo, later declassified, records her recollections of a January 5, 2017, meeting with Obama, then-FBI director James Comey, and other leaders of the Obama intelligence community. She wrote that in the meeting, they discussed Russian hacking that supposedly affected the election and shared their concerns about how much they could tell the incoming Trump administration. The memo continues, saying that after the meeting Obama supposedly told Comey to do things “by the book.”

We can’t prove it, but because of what we know about the Obama intelligence community’s actions (including Comey’s) it’s impossible to believe anything Rice wrote in that memo.

Biden’s appointment of Susan Rice to a top White House job says a lot about what we can expect from his administration, and none of it is good.