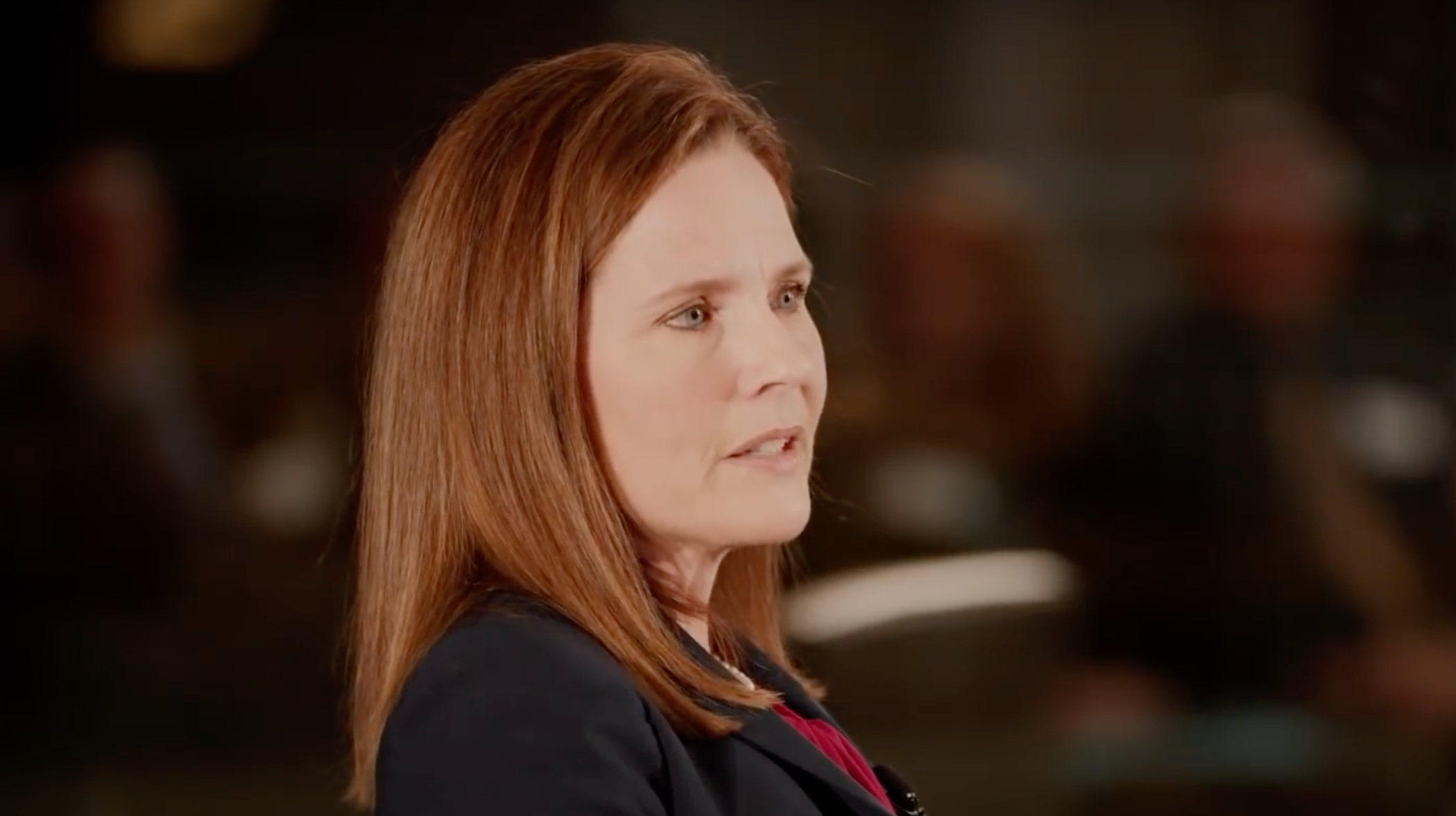 Social conservatives have spent the 48 years since Roe v. Wade in a tug-of-war with liberals, trying to appoint Supreme Court justices who can finally shift the balance on abortion.

The effort has failed spectacularly (thus far), as subsequent rulings, like Planned Parenthood v. Casey, have only entrenched the “right” to abortion by banning regulations that could be an obstacle for women seeking an abortion.

Social conservatives’ effort is made more difficult because even though conservative judges recognize that Roe v. Wade was wrongly decided, they also have an interest in maintaining a respect for precedent. After almost 50 years, Roe is so embedded in the legal system and culture that conservative establishment justices view overturning it as a radical move that would disrupt society and damage the Supreme Court’s institutional reputation. The issue today is whether justices like Neil Gorsuch and Brett Kavanaugh will view stare decisis or overturning Roe’s convoluted logic as more important.

The rallying cry from social conservatives has been that just one more or two more justices can overturn or weaken Roe. But even when conservatives have gained a majority on the high Court, it hasn’t worked.

In June 2020, despite a 5-4 conservative majority, Chief Justice John Roberts joined the liberal wing in June Medical Services L.L.C et al. v. Russo to rule that Louisiana could not require abortionists to have admitting privileges at a hospital. Roberts justified his ruling based on the precedent set in the 2016 decision Whole Woman’s Health v. Hellerstedt — which he had ruled against. A similar disappointing outcome happened with Justice Anthony Kennedy in 1992’s Planned Parenthood v. Casey.

In 2018, when Kennedy retired, feminist hysteria was running high over the prospect of a new conservative justice — who turned out to be Brett Kavanaugh. The Wall Street Journal editorial board, responding to this hysteria, predicted that Roe would never be overturned. The Journal attributed feminists’ warnings that a new Supreme Court justice would strip them of their supposed rights as just a “liberal line.” No, Roe had been decided too long ago, there was too much precedent, and conservative jurists are just too opposed to overturning past rulings, the editorial board wrote.

“Roe still stands after nearly five decades,” they said. “Our guess is that this will be true even if President Trump nominates another Justice Gorsuch.”

But now there’s not just another Gorsuch. There’s also Justice Amy Coney Barrett. June Medical Services L.L.C. was decided 5-4 when Justice Ruth Bader Ginsburg was on the Court. With Barrett on the Court, could it flip the other way? What about cases that could give states even more power to limit abortions?

The Court has made several moves in recent weeks that might indicate where it’s headed on abortion.

First, there was the 6-3 decision on January 12 of FDA v. American College of Obstetricians and Gynecologists, which overturned a federal judge’s ruling that a woman should be able to get an abortion pill without going to a clinic during the COVID-19 pandemic — even though FDA rules require an in-person visit.

But here, Justice Roberts, who issued the majority opinion, said the Supreme Court’s ruling was based only on the judgment that a court does not have the power to decide whether the FDA’s health determinations for pandemic situations are right or wrong. That reasoning will make this case have minimal impact on future abortion cases, irregardless of the pro-choice meltdown that the ruling indicates the conservative Court could pave the way for more abortion restrictions. The ruling could also have minimal impact on unborn children should the FDA under Biden decide to change its guidance on the abortion pill.

Then there was the decision Monday in the case of Planned Parenthood v. Abbott, which concerned Texas’s halt to all nonessential medical procedures, including abortions, due to the COVID-19 pandemic. The Supreme Court overturned two rulings that upheld the Texas law, dismissing the case as moot.

The Supreme Court’s decision on this Texas case doesn’t say much about the Court’s direction on abortion. If justices on the Court want to weaken Roe, this case would not be the way to do it. The pandemic-related reasons that could uphold this Texas order wouldn’t transfer well to restrictions issued outside of the pandemic, and the pandemic won’t last forever (hopefully). The conservative jurists could be biding their time for a better case.

This strategy of allowing states to limit abortions by gestational age could allow the Supreme Court to weaken Roe without outrage, as the public is generally against abortion later in pregnancy. Only 29 percent of Americans think abortion should be legal after the first three months of pregnancy, according to a 2019 NPR/PBS NewsHour/Marist poll.

Dobbs could also have ramifications for how future abortion cases are brought before the Court. The Supreme Court could rule that abortion providers like Jackson Women’s Health Organization can’t challenge abortion laws on behalf of their patients because they have an interest in profiting from abortions, a point Justice Samuel Alito has argued. This would make it more difficult, but not impossible, for abortion supporters to challenge state restrictions.

The Supreme Court has scheduled Dobbs for consideration 12 times since September, but has still failed to grant certiorari in the case, which only requires four votes. It’s unclear why the Court hasn’t taken the case up yet.

There are certainly many cases to choose from, as red states are continuing to pass laws intended to challenge Roe in the high court.

In South Carolina, lawmakers are considering a law that would ban abortions after an unborn child’s heartbeat can be detected. Texas is also considering a heartbeat law. And Montana is looking to pass pro-life legislation with their new Republic governor, Greg Gianforte, who replaced Democratic Gov. Steve Bullock.

There are many other abortion cases working their way through the courts, including at least 19 that are already just one step away from the Supreme Court.

In one case, Whole Woman’s Health v. Paxton, the Texas Legislature seeks to weaken Roe by banning a certain type of abortion procedure, dilation and evacuation, or D&E, where dismemberment is the method of killing the child.

“It’s illegal to kill an animal in Texas by ripping it limb from limb. SB 8 extends that same protection and dignity to pain-capable unborn children on the cusp of viability,” said Kyle Hawkins, the solicitor general for Texas.

“SB 8 regulates only the moment of fetal demise,” Hawkins added. “It simply requires those who commit abortions to kill the unborn child in a more humane way before tearing her arms and legs off.”

A three-judge panel from the Fifth Circuit Court of Appeals ruled in October that the ban was unconstitutional for placing an undue burden on women seeking abortions because killing a child before dismembering it could require women to take a second visit to an abortion clinic.

The Fifth Circuit vacated its own decision, however, and is now rehearing the case before its full bench of judges. Regardless of how the Fifth Circuit rules, the case could make its way to the Supreme Court.

While the Court has ruled there is a constitutional right to abortion pre-viability, it has not ruled that there is a constitutional right to a type of abortion. For example, the Court upheld a federal ban on partial-birth abortion in 2007. So this strategy could allow the conservative jurists on the Supreme Court to maintain they are following precedent when upholding bans on types of abortion procedures.

Another case that could come before the Supreme Court is a North Carolina law that bans abortion after 20 weeks. The case has been appealed to the Fourth Circuit Court of Appeals.

As medicine has advanced, the age at which a child can survive outside the womb has become younger. In recent years, some babies as young as 21 weeks have survived outside the womb. These advancements in medicine could help the Supreme Court to uphold the North Carolina law, and the ruling could enable future rulings upholding earlier bans.

Whatever abortion cases come before the Supreme Court, we know how Justice Clarence Thomas will likely rule. In June Medical Services L.L.C., as in other cases, he has made his opinion clear.

In his dissent, he wrote that Roe v. Wade “created the right to abortion out of whole cloth, without a shred of support from the Constitution’s text.”

“Although this case does not present the opportunity to address our demonstrably erroneous ‘undue burden’ standard,” said Thomas, “we cannot continue blinking the reality of what this court has wrought.”

We also know assuredly that the Catholic Justice Barrett views abortion as a grave moral evil. She signed a statement in 2006 saying she “oppose[s] abortion on demand and defend[s] the right to life from fertilization to natural death.”

The statement also said, “It’s time to put an end to the barbaric legacy of Roe v. Wade and restore laws that protect the lives of unborn children.”

Moreover, Barrett was a member of the University of Notre Dame’s Faculty for Life, which has a Mass once a month where the group publicly prays for abortion to become illegal.

In 2013, Barrett said it would be “very unlikely” that the Supreme Court would overturn Roe. But it’s hard to imagine someone with her belief that abortion is the murder of innocents coupled with her Catholic moral responsibility to not weaken Roe as much as possible when given the chance.

Justices Neil Gorsuch, Brett Kavanaugh, and Samuel Alito ruled in June 2020 to uphold the Louisiana regulations on abortion, and Alito has an even longer record on granting states regulatory power over abortion.

Yet there’s reason to be pessimistic over the Supreme Court’s repeated failure to return power on abortion to the states. It appears unlikely that Justice Roberts will vote to overrule Roe, given his repeated willingness to vote in ways he perceives will safeguard the so-called “institutional” respect of the Supreme Court. The real chance for overturning Roe lies with Justices Kavanaugh, Gorsuch, and Barrett, and whether they will have the fortitude to finally rule that Roe is bad law that has perverted constitutional thinking for decades. It is also possible that the conservative majority, possibly pushed by Justice Roberts, may continue to avoid directly addressing Roe, but will instead seek to eat away at its foundation by taking on abortion cases with a more limited scope.

We’ll have to wait to see how they rule on these cases.