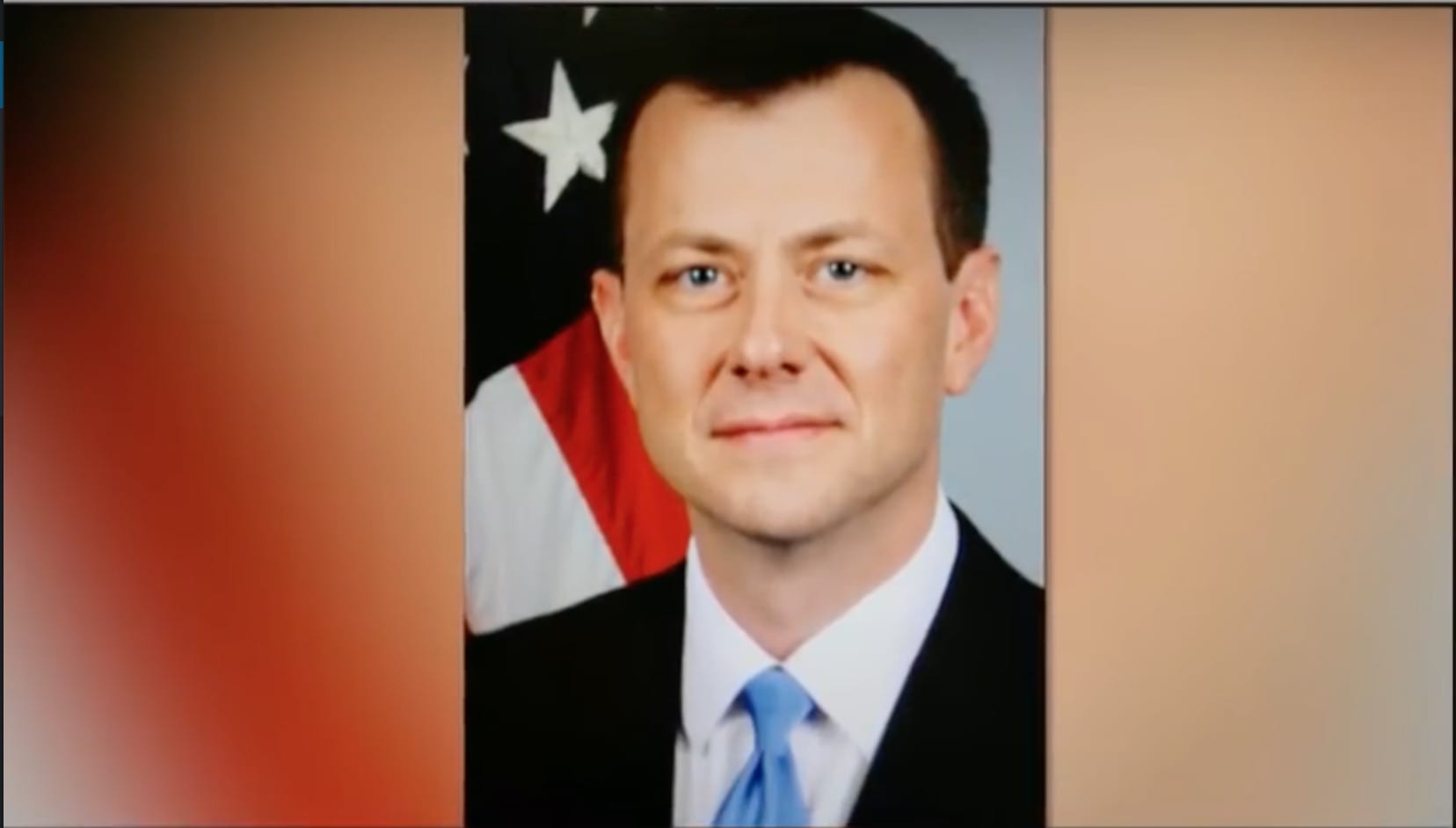 The FBI finally pink-slipped Peter Strzok on Monday. The Deep State’s policy is to keep its bad employees close and its worst employees even closer. The cocky Strzok had thought he might survive under that rule, but apparently even Mueller pal Christopher Wray has his limits. The FBI had made sure to keep Strzok employed until the Congressional hearings, thereby controlling his testimony. But now Strzok, widely regarded as one of the biggest dirtbags in the history of the FBI, has outlived his usefulness.

Bruce Ohr, on the hand, still hasn’t testified before Congress. Apparently, he will appear before it later this month. So he is still picking up a DOJ check. Ohr was the number four man in Obama’s Justice Department. His boss was the anti-Trump saboteur Sally Yates. During the 2016 campaign, Ohr and Yates, among many others, had turned the DOJ into a branch office of Hillary’s headquarters. Ohr’s wife, Nelly, worked for Hillary’s opposition research firm, Fusion GPS. The media has reported that Bruce Ohr, starting in January 2016, served month in and month out as a conduit for Hillary’s chief opposition researcher, the former British spy Christopher Steele. Steele might as well have had an office next to Ohr’s at DOJ.

The DOJ corruption on display here is staggering, and were the roles reversed, were it a Republican Justice Department spying on a Democratic presidential campaign (with, say, Lee Atwater calling Ed Meese’s deputy every month to check in on the spying), the Ohrs and Strzoks would be run out of DC on a rail. As it is, they can count on at least a few years of well-paid punditry at CNN and MSNBC. The ethos of official Washington supports all things dastardly toward Trump. Spy on him, tape him, raid his lawyer’s office, harass his family, fabricate stories about him — anything goes. He is to be treated, according to official Washington, like, or perhaps even worse than, a foreign occupier.

If James Comey deserves the gold medal for sanctimonious phoniness, Sally Yates surely deserves a silver. What a low, nasty partisan, who dressed up her vicious hack work for Hillary at Trump’s expense in the pompous garb of the “independence of the Justice Department.” Yates was engaged in nothing less than a three-stage coup against Trump: first, she joined Peter Strzok, Christopher Steele, and John Brennan in trying to “stop” Trump from winning; then, once he won, she allowed Ohr to continue collecting dirt from Steele in the hopes of preventing Trump’s inauguration (not to mention her entrapment of Michael Flynn, based on her Eddie Haskell-like concern about “Logan Act violations”); finally, once Trump did enter office, she used her Justice Department perch to defy his Travel ban, a ban that the Supreme Court has thoroughly vindicated. How are Yates and her pitiful subordinate Bruce Ohr any different from crooked officials in some Latin American banana republic?

Sometimes party and marital loyalty ask too much, Ohr may be muttering to himself these days. In pictures, he looks like a goofball and a geek, easily led by Yates and his wife, who was working alongside Hillary’s hatchet man at Fusion GPS, into partisan mischief.

The forthcoming Inspector General’s report about the Obama administration’s all-hands-on-deck espionage against Trump should be a doozy. One can only laugh at the exculpatory, “by the book,” note Susan Rice wrote to herself on Inauguration day, as she waited to see if her buddy Sally Yates might yet take Trump out. What book was Susan Rice referring to? Chairman Mao’s? She couldn’t have been referring to the DOJ’s ethics book. Ohr left that one in shreds, not only failing to report that his wife worked for the Hillary campaign (through Fusion GPS), but that he had used his job at DOJ for at least a year to serve as her opposition research team’s backchannel.

It is hilarious to see Hillary still whining about the alleged disadvantages she suffered in 2016, given that the entire Obama administration — from John Brennan at the CIA to Sally Yates, Bruce Ohr, and Loretta Lynch, among others, at the Justice Department to Peter Strzok and Lisa Page at the FBI — had weaponized its most sensitive powers against her opponent. Yet she still couldn’t win. It can’t be repeated enough that one government did in fact collude with a U.S. campaign — ours, under an Obama administration that had stuck its Ohr in the water for Hillary.