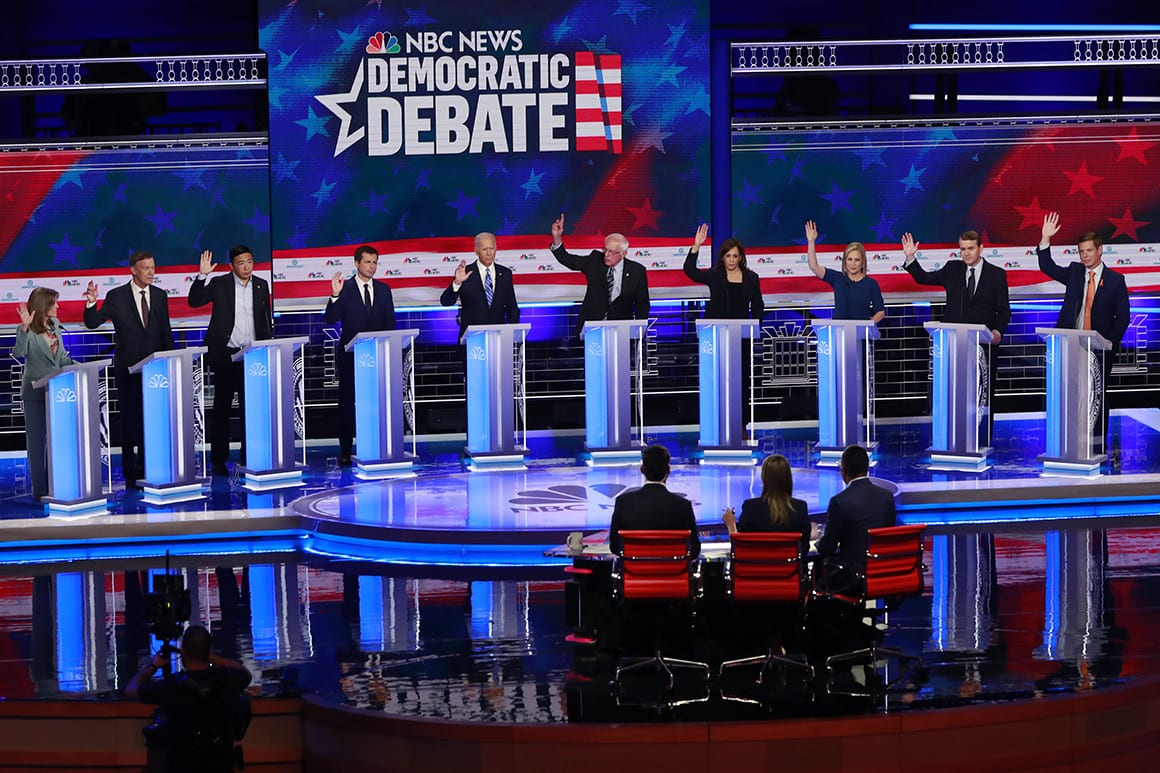 We live in dumb times.

Chris Wallace: In June 2011, Chris Wallace asked Michele Bachmann, presidential candidate and Minnesota congresswoman, “Are you a flake?” It’s hard to think of any candidate for the 2020 Democratic nomination for president of whom this should not be asked by every voter.

Safe Spaces and Boycotts: No space can be safe enough for liberals and Democrats. And they can always find a reason to boycott. Where are safe spaces for our children and grandchildren where TV programs and newspapers do not promote their agenda against national sovereignty, against the Constitution (the Second Amendment, the electoral college, packing the Supreme Court, and the Senate’s two per state), against capitalism with its freedom, creativity, and alleviation of poverty? And where are the safe spaces from their unremitting agenda for the corruption of our country and our youth with homosexuality, abortion, euthanasia, gender fluidity, legalized pot, and legalized prostitution?

Iconoclasts: We’ve seen Notre Dame cover up murals of Christopher Columbus, the Philadelphia Flyers remove the statue of Kate Smith (who memorably sang “God Bless America”), and the Charlottesville town council end celebrations of Thomas Jefferson’s birthday in his hometown. Just as there are no principled bounds to the pursuit of safe spaces by today’s liberals and Democrats, there are no bounds to their iconoclasm. Here are four examples.

Spanish: I understand that candidates want to communicate in languages other than English to those voters comfortable with such languages.

Giving the Suffrage to Prisoners: This issue is not granting former prisoners, but rather current prisoners: the eligibility to vote. Will candidates be making campaign appearances in prisons? How will candidates who lose an election by a whisker, along with their supporters, feel about prisoners making the margin of victory? How will taxpayers respond to prisoners providing the margin of victory on a bond issue? Or voting for governors and legislators who raise taxes?

“Free” (Taxpayer-Paid) Tuition: Here are three of many issues.

Reparations: I’ll mention just five of the many issues.

Infanticide: Is infanticide subject to a doctor-patient privilege? Is the decision to kill, or not to kill, a newborn complicated? “Asked if she was troubled by [Virginia Gov.] Northam’s comments [on infanticide], Sen. Kirsten Gillibrand (D-N.Y.), who recently launched a campaign for president, told a reporter to set up an interview to discuss it. In response to a follow-up inquiry, the aide pointed to a comment from Gillibrand in which she said that there is ‘zero place for politicians to be involved in these very complicated medical decisions’ and ‘any bill restricting access to medical care and safe abortion services is an attack on women’s rights.’ ”

“That’s Where the Money Is”: That’s how Willie Sutton answered the question of why he robbed banks. I thought of this answer in reading Annie Linskey and Elise Viebeck’s “Warren Did a Wide Array of Legal Work While a Professor.” Much of Warren’s work was done for corporations at rates around $675 per hour. “In summarizing many of her cases, Warren’s campaign cast her as advocating for victims or saving jobs by representing the interests of a company.” So, friends, when people lobby for, manage, or legally represent a company, large or small, it’s about saving jobs. You can quote Warren’s campaign for this truism. We can paraphrase Willie Sutton: Companies are where the jobs are.

“Deep Down”: It was reported that Democratic presidential candidate “Mayor Pete” [Buttigieg] “thinks President Trump has found favor among many white evangelicals and white Catholics because of his opposition to abortion … But Buttigieg said he believes the president is behaving ‘in bad faith’ and said there’s no evidence that he doesn’t favor abortion rights deep down, reports Sarah Pulliam Bailey in “Evangelicals Helped Get Trump into the White House. Pete Buttigieg Believes the Religious Left Will Get Him Out.” Gee, Mayor Pete, welcome to the world of politics. What did, or what does, Joe Biden believe “deep down” about forcing taxpayers to pay for abortions now that he has flipped on his 40-year record? Or what does he think about forced abortion in China? (Before you answer that one, Mayor Pete, remember what he said when he was in China in 2011, as vice president, about his sympathy for the Chinese situation. So if a regime thinks there are too many people, a regime can kill them.) What does Bernie Sanders believe about the Soviet Union’s socialism? What does New York Gov. Cuomo believe “deep down” about campaign finance reform when tickets to hear him speak went for $25,000 each? Or what did some Democratic representatives believe “deep down” when they went to her as speaker and pleaded with her to let them vote against Obamacare in order to save their seats — and she let them because there were votes to spare?

Endless Lies: The liberals criticize President Trump’s statements, but they never look in the mirror. They don’t see the log in their own eyes. (See Matthew 7:3-5 and Luke 6:41-42.) Here are but a couple examples.