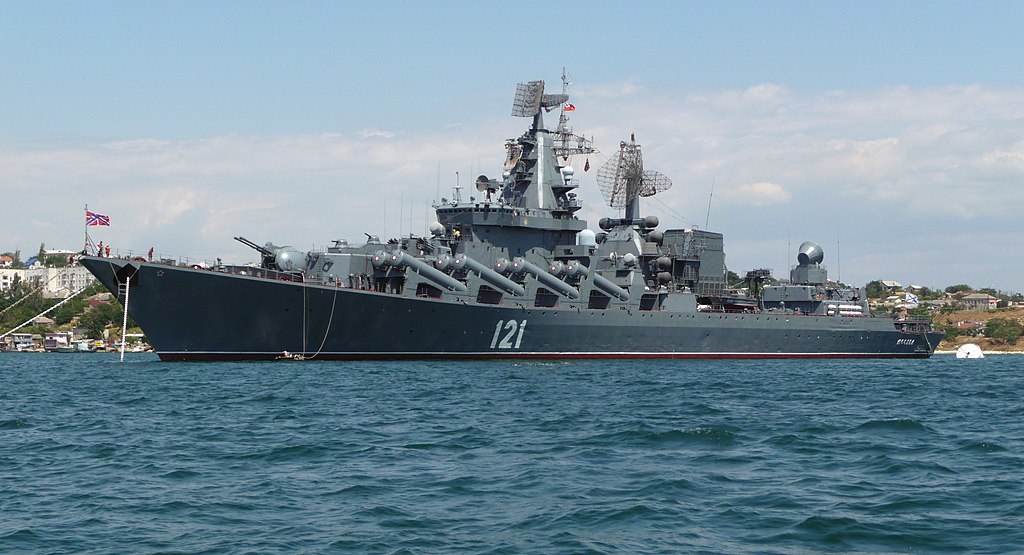 Last week’s attack by Ukrainian forces on the Russian cruiser Moskva (“Moscow”) resulted in sinking it, the flagship of Russia’s Black Sea fleet. The Ukrainians apparently hit the ship with two missiles, resulting in fires that later exploded its weapons magazines.

The sinking of the Moskva was a big propaganda coup for Ukraine, but it won’t affect the course of the war. Russia’s forces are being reinforced by troops reportedly being shipped in from the north and as far away as Siberia.

It’s too early in the conflict to start defining the lessons we learned from this war, but there are plenty of data points from which those lessons will eventually be derived. They are data points — probable facts — but some may be disproved by later disclosures.

The first data points are too obvious to analyze. Russia clearly overestimated its army’s abilities and underestimated Ukraine’s ability to defend itself. Russian forces — which numbered about 175,000 troops with tanks, aircraft and artillery — were enough to invade but not to occupy Ukraine, which is roughly the size of France. Russia wasn’t ready to or capable of supporting its forces logistically.

Russian troops are reportedly running out of food and fuel, and their morale is miserable. They were told they’d have a quick victory which has been proven comprehensively wrong.

Russia clearly hasn’t learned the lessons of its abortive Afghanistan campaign of 1979-1989. In Afghanistan lower-ranking officers and sergeants — the ones actually fighting the war — were unable to make any significant decision without getting it approved by higher command. The same is apparently true in Ukraine.

If you can’t trust your majors, captains, lieutenants, and sergeants to make decisions in real time, your forces can’t function in combat.

Another data point is another lesson unlearned from Afghanistan. U.S. weapon systems — like the Stinger shoulder-fired anti-aircraft missiles we supplied the mujahedeen in Afghanistan — can be so effective tactically that they can have a strategic effect. We — and some of our NATO allies, most notably the UK — have supplied Ukraine with Stinger and Starstreak anti-aircraft missiles. We have supplied the Javelin anti-tank missile which the Ukrainians have used to massive tactical and strategic effect against Russian tanks and other armored vehicles.

The sinking of the Moskva provides several other data points. First, is that even after nearly two months of unsuccessful war the overconfident Russian navy allowed its flagship to sail without escort vessels to protect it. Our carriers travel in battle groups and are supported by cruisers carrying anti-missile systems such as the Aegis radar and Standard missile — which can shoot down incoming missiles. The Moskva lacked a close-in defense system to defeat missile attacks like the one the Ukrainians made against that ship. Many of our larger ships — and all our carriers — have the CIWS (“Close-in Weapon System” known as “sea-whiz”) system, a radar-guided 20mm automatic cannon that fires about 4,500 rounds per minute and can defeat missile attacks.

Nevertheless, the successful attack on the Moskva points to the vulnerability of our capital ships. With apologies to my Navy aviator buddies, it may mean that the era of the nuclear carrier is coming to a rapid close. We have, for years, been aware of China’s strategy to prevent our carriers from coming within range of Chinese land targets by creating a web of anti-ship missiles and aircraft capable of attacking surface vessels and submarines.

Losing a carrier to a Chinese missile attack would kill all or most of the 5,000 to 6,000 sailors on it, a loss that our Navy won’t risk. The Chinese Dong Feng-21 missile has a reported range of one thousand miles, far beyond the range of carrier-launched aircraft.

Our Navy tried to develop a long-range attack aircraft in the early 1990s, the A-12. But the A-12 program failed to produce anything other than lawsuits. The F-35, on which the Navy and the Air Force have bet all their marbles, supposedly has the range but is too unreliable for such missions.

Russian troops and vehicles have been highly vulnerable to Ukrainian attacks since the beginning of the invasion. The Ukrainians have defended their capital, Kyiv, and other major cities with surprising bravery and tenacity that has included women and over-age men picking up rifles and joining the Ukrainian troops. Ukrainian President Volodymyr Zelensky has been an inspiration to them and to the entire free world.

Zelensky, at the beginning of the invasion, turned down President Biden’s offer of an evacuation for him and his family, reportedly saying, “I need ammunition, not a ride.”

To Biden’s credit — and to the credit of a few other NATO leaders — he and they have sent the ammunition and other weapons such as the Javelin missile. But he hasn’t sent the Ukrainians the things they need most: combat aircraft and sophisticated anti-aircraft weapon systems. The Slovaks have reportedly sent Ukraine one Soviet-era Russian S-300 anti-aircraft system. The Ukrainians desperately need more like it, and the MiG-29s that the Polish government was willing to supply, as well as other combat aircraft. Biden reportedly — and personally — prevented the Poles from providing those aircraft.

Wars can be won by brutality, by intentionally killing civilians and by the ability to outlast the adversary. Russian President Vladimir Putin has no qualms about elevating war crimes to an element of strategy.

Putin has reportedly fired several of his generals and has brought in another, General Aleksandr Dvornikov — known as “the Butcher of Syria” — to take over the invasion campaign.

Dvornikov faces an ugly situation. He will struggle to get the food, water, fuel and other supplies his troops need to continue the campaign. Ukrainian resistance has not been reduced significantly although both sides have suffered thousands of casualties. His advantage may be in the fact that the Ukrainians are short of weapons and ammunition, though that problem for the Ukrainians may disappear in another week or so. Dvornikov will be under enormous pressure from Putin to score major victories. If he cannot do so, soon, he too will be replaced.

That is another major data point. Russia’s generals, including Dvornikov, may be incapable for political reasons of dealing with the logistical and morale problems facing themselves and their troops. They are apparently still fighting wars as they fought World War Two. In Ukraine, they face a situation much like they, and we, did in Afghanistan.

Putin has invested so much, including his own stature and that of his armed forces, in Ukraine that he cannot allow a retreat or a compromise peace. His implied threats of nuclear war have to be taken seriously, but unless he is truly a madman, which I doubt, he won’t use them in Ukraine.

This war will continue for months or years. Biden, if he wanted to, could make Ukraine into Putin’s Afghanistan. But he won’t. He’s too intimidated by Putin to do what is necessary to accomplish that objective.