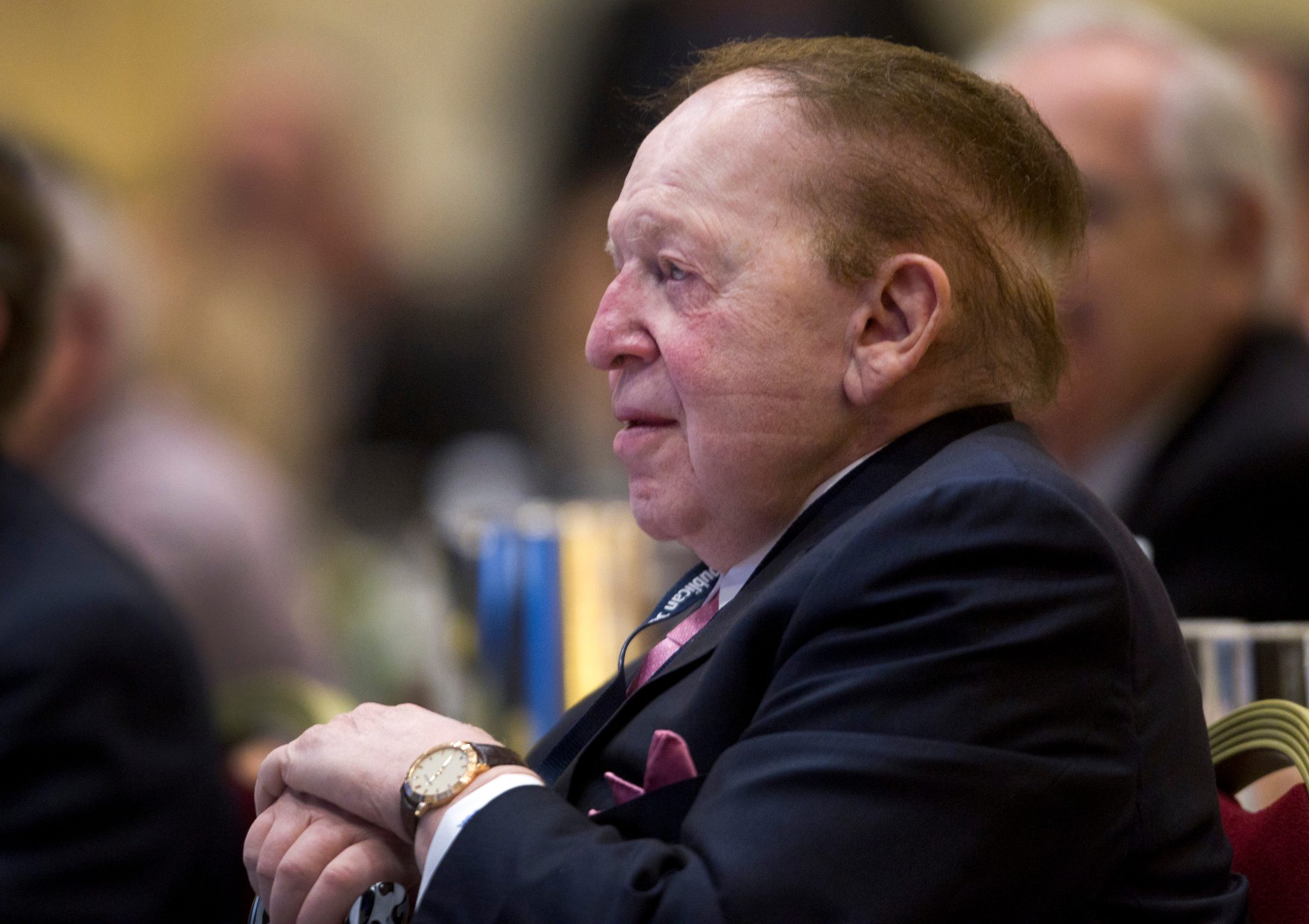 The knives were out for me in January 2017 when I arrived in Washington as the White House correspondent for the Las Vegas Review-Journal. You see, I worked for what scolds liked to call Sheldon Adelson’s paper — and that was a no-no.

Adelson died Monday night, and I never got a chance to say this.

Had he given me marching orders? I heard that question a lot in 2017. In fact, I didn’t meet or talk to Adelson until 2018, when I introduced myself at an event ahead of the Jerusalem Embassy opening.

The “marching orders” question is one I never heard directed at the many other reporters in the room who worked for news organizations owned by billionaires. Jeff Bezos owns the Washington Post. Mike Bloomberg founded Bloomberg News. Rupert Murdoch is the brains behind Fox News and the Wall Street Journal. Even still, Adelson was treated as an outlier.

The big difference? Sheldon and Dr. Miriam Adelson were out-in-the-open megadonors to President Donald Trump. According to the Center for Responsive Politics, the Adelsons donated some $350 million to Republican campaigns and causes in 2018 and 2020.

So, I have been lectured by usually smart political observers who have told me that Adelson, more than the others, presented a troubling conflict of interest.

Bezos, the sometimes richest man in the world, was competing for a billion-dollar defense cloud contract. Crickets. (Well, except from Trump, who often referred to the “Amazon Washington Post” in the same tone that trolls refer to the Review-Journal as the “Adelson paper.”)

When Bloomberg ran for president in 2020 in the Democratic primary, Bloomberg News instructed its reporters not to investigate him or his Democratic rivals, while leaving its news gatherers free to do their worst to Trump. Bloomberg pledged to spend $100 million to help then–Democratic nominee Joe Biden win in 2020. Where was the outrage?

Outrage would only advertise the industry’s dirty little secret. Billionaires own networks and newspapers.

Fox News? Rival TV news outlets and print papers rarely fail to point out the network’s conservative leanings — blind to their own bias.

In Adelson’s obituary, the Washington Post reported that Adelson “bought newspapers in Nevada and Israel that promoted his views.” It’s true that the Review-Journal endorsed Trump in 2016 and 2020 — which you could expect. It is a standard practice that editorial pages reflect owners’ politics.

In its Adelson’s obituary, the New York Times wrote about tension in the newsroom by “staff members who chafed at what they saw as inappropriate interference” from above. I laughed. The Times is a dumpster of liberal preening. Those who work there know that if they do something that used to be standard journalism practice — like, say, running an opinion piece by a U.S. senator that challenges a paper’s editorial stand — their precious perches could be toast.

In its Adelson obituary, the Gray Lady recalled Adelson’s shell-company purchase of the Review-Journal in 2015 — a mistake that cost the new ownership goodwill.

Since then, the Review-Journal has expanded staff, invested in a large investigative team, re-opened the Washington bureau, and maintained a Carson City bureau in an era when newspapers are shuttering shops in state capitals.

While regional newspapers, gut-punched with revenue losses due to the coronavirus, have laid off already-stretched staff, the Review-Journal has not. Adelson-owned Las Vegas Sands Corp. also paid salary and benefits to some 11,000-plus casino and restaurant employees during pandemic closures.

“Endlessly caricatured in the media as a ‘casino billionaire’ and ‘GOP mega-donor’ the idea was to paint him as an out-of-touch, exploitative villain,” Noah Pollak wrote in the Washington Free Beacon, as he lamented the media’s failure to recognize the larger donations the Adelsons made to medical research, drug abuse treatment, schools, universities, and, of course, Jewish and Israeli causes.

The Adelsons also stood outside the mold as Israel hawks who really wanted to move the U.S. Embassy to Jerusalem.

Since 1995, Democrats and Republicans routinely and overwhelmingly voted in favor of the Jerusalem Embassy Act. The Senate voted 90-0 in favor in June 2017 — secure in the belief that no U.S. president would follow through. To the Beltway’s surprise, Trump actually kept his campaign promise to do just that.

Biden was a yes vote in 1995. During the 2020 campaign, Biden said that, if elected, he would not remove the diplomatic headquarters to Tel Aviv. So maybe Sheldon and Miriam Adelson are not outliers after all.