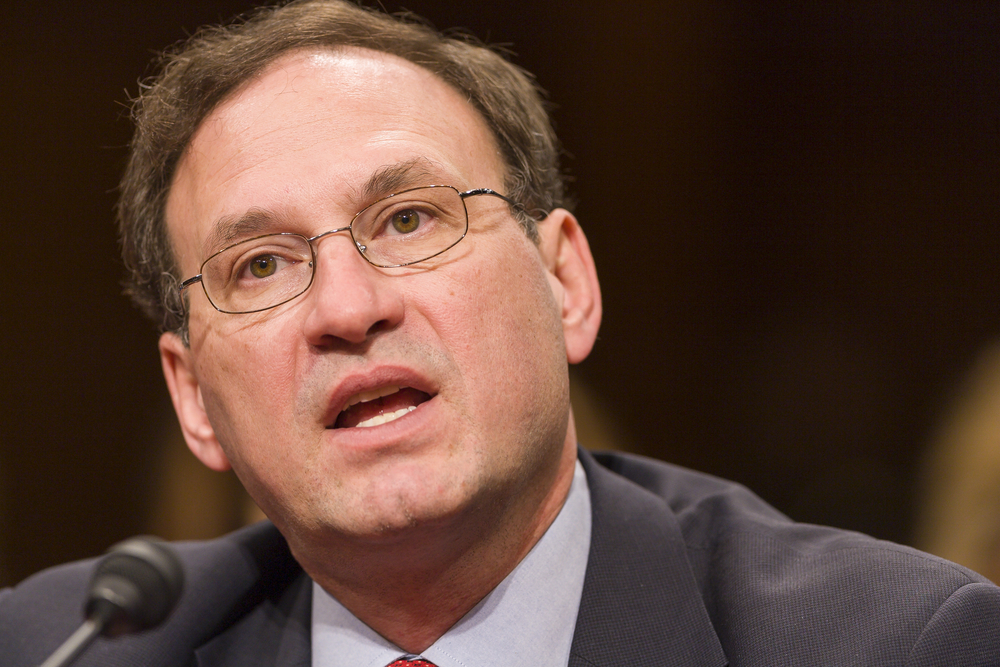 Obamacare has once again been rescued by a Supreme Court that seems determined to keep it alive regardless of the Constitution or precedent. Thursday morning, the justices dismissed California v. Texas based on the dubious proposition that a coalition of 18 GOP states had no legal standing to challenge the “reform” law or its infamous insurance mandate. The majority didn’t deign to consider the merits of the lawsuit, which argued that the mandate was not merely unconstitutional but inseverable from the rest of the statute. The Court’s cowardice drew a blistering dissent from Justice Samuel Alito, who accused the majority of ignoring decades of precedent in order to deny the states standing:

No one can fail to be impressed by the lengths to which this Court has been willing to go to defend the ACA against all threats. A penalty is a tax. The United States is a State. And 18 States who bear costly burdens under the ACA cannot even get a foot in the door to raise a constitutional challenge. Fans of judicial inventiveness will applaud once again. But I must respectfully dissent.

Two lower courts had already ruled in favor of Texas, et al. U.S. District Judge Reed O’Connor ruled in late 2018 that the insurance mandate was unconstitutional and inseverable from the rest of the statute. The Trump administration declined to defend the statute, whereupon a group of Democratic states led by California appealed the ruling to the Fifth Circuit Court of Appeals, which upheld O’Connor’s ruling on the mandate but remanded the severability question back to the lower court. This satisfied neither the Republican plaintiffs nor Obamacare’s Democratic defenders. The latter appealed to SCOTUS, which agreed in March 2020 to take the case and heard oral arguments last November.

If you are wondering why these federal courts, much less SCOTUS, have been hearing cases involving an insurance mandate whose fine was reduced to zero in 2017, it goes back to the “inventiveness” of Chief Justice John Roberts. In NFIB v. Sebelius, which the Court decided in 2012, Roberts and the four liberal justices ruled that the mandate was constitutional because it raised revenue and thus fell under Congress’ taxing power. When that “tax” was reduced to zero, the GOP states sued, arguing that the mandate — which remains in the text of the statute — can no longer be read as a legitimate exercise of congressional power. As Texas Solicitor General Kyle D. Hawkins phrased it during oral arguments,

Under NFIB versus Sebelius, the mandate as it exists today is unconstitutional. It is a naked command to purchase health insurance, and, as such, it falls outside Congress’s enumerated powers.… There is no basis to ignore the words that Congress enacted and that remain operative today. The proper course is to take Congress at its word and declare the mandate unconstitutional.

Why should you care about this if there is no fine for failing to buy insurance? During the 2020 presidential campaign, then-candidate Joe Biden frequently pledged to bring back the mandate. In one CNN interview, for example, Chris Cuomo asked, “Would you bring back the individual mandate?” Biden responded with uncharacteristic clarity: “Yes. Yes, I’d bring back the individual mandate.” The Court has now made it far easier for him to keep that promise. If the justices had ruled on the merits of the case, they could have left the bulk of Obamacare unmolested and struck down the mandate. That would have prevented Biden and the Democrats from reinstating the penalty via reconciliation.

This reality cannot have been lost on the justices, yet the majority seemed determined to avoid a ruling on the merits of the case even if it had to ignore longstanding precedent and recent rulings by the Roberts court itself. Even constitutional scholars who favored upholding Obamacare were surprised. Ilya Somin of George Mason University, for example, writes, “I believe the states did have standing (even though they were largely wrong on the merits).” The GOP states convincingly argue that Obamacare imposes substantial burdens on their residents, but Justice Breyer’s majority opinion all but ignores their claims. Justice Alito’s dissent suggests that the majority was just looking for a way out:

[T]he Court simply ducks the issue and holds that none of the Act’s challengers, including the 18 States that think the Act saddles them with huge financial costs, is entitled to sue.… The ACA imposes many burdensome obligations on States in their capacity as employers, and the 18 States in question collectively have more than a million employees.… Yet no State has standing?

In all probability, the Court’s surprise dismissal of this latest Obamacare challenge was driven in part by the smear campaign leveled at Amy Coney Barrett by the Democrats during her confirmation hearings. As constitutional scholar Jonathan Turley points out, “They demanded that Barrett assure them that she would vote for the ACA in the case – a dangerous and raw demand for a guarantee on a pending case as a condition for confirmation.” She didn’t give them any such guarantee, of course, but the disgraceful treatment she received at the hands of the Senate Judiciary Committee and subsequent threats by Democrats to pack the Court were certainly on the minds of the justices who voted to deny standing.

Thus, this latest installment of what Justice Alito refers to as the “Affordable Act Trilogy” ends with no resolution to the metastasizing legal problems caused by this misbegotten law. As Alito puts it, “In all three episodes, with the Affordable Care Act facing a serious threat, the Court has pulled off an improbable rescue.” But the Court can’t protect Obamacare forever, particularly if Biden incurs the ire of the voters by attempting to fulfill his promise to reinstate the fine for failing to buy insurance. Inevitably, this trembling wreck will be torn down by the Right or the Left to make room for genuine health-care reform.