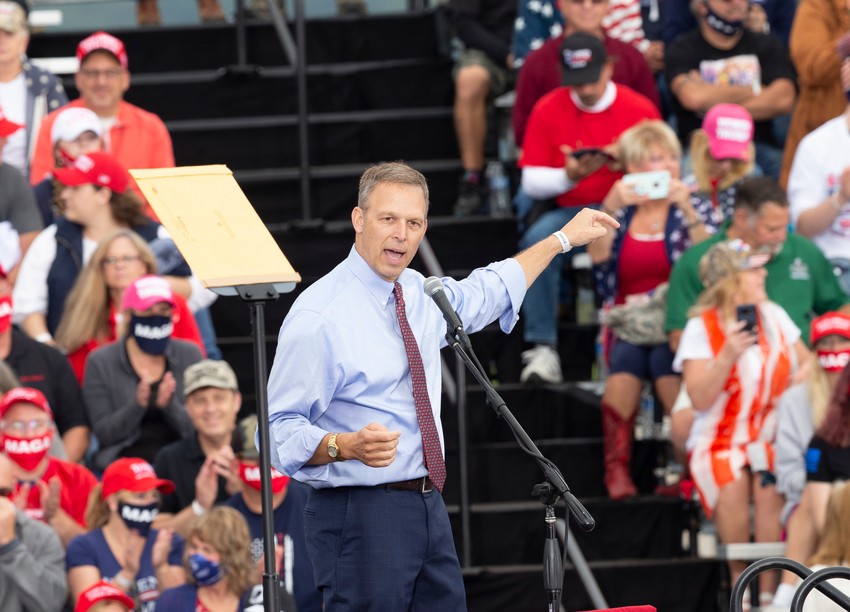 Three cheers for my congressman, Scott Perry of Pennsylvania.

Wonderfully, the New York Times is horrified by Perry.

The story says this about Pennsylvania Congressman Scott Perry:

WASHINGTON — When Representative Scott Perry joined his colleagues in a monthslong campaign to undermine the results of the presidential election, promoting “Stop the Steal” events and supporting an attempt to overturn millions of legally cast votes, he often took a back seat to higher-profile loyalists in President Donald J. Trump’s orbit….

It was Mr. Perry, a member of the hard-line Freedom Caucus, who first made Mr. Trump aware that a relatively obscure Justice Department official, Jeffrey Clark, the acting chief of the civil division, was sympathetic to Mr. Trump’s view that the election had been stolen, according to former administration officials who spoke with Mr. Clark and Mr. Trump….

Mr. Perry’s involvement is also likely to heighten scrutiny of House Republicans who continue to advance Mr. Trump’s false and thoroughly debunked claims of election fraud, even after President Biden’s inauguration this week and as Congress prepares for an impeachment trial that will examine whether such talk incited the Capitol riot.

Oh, the humanity! President Trump had had it up to his eyes with Washington insider bureaucrats at the Department of Justice playing their “we hate the outsider president” game. And he was, yet again, determined to act. The nerve!

Notice how the Times plays the game? There is the reference to “Mr. Trump’s false and thoroughly debunked claims of election fraud.”

News flash? Ahhh, no, all claims of voter fraud have not been “debunked.” And linking to an earlier Times article that spectacularly tries and fails to debunk the election returns in Pennsylvania — not to mention completely ignores the state’s long, sordid record of voter fraud — only underscores the point that Congressman Perry was making.

For the record, here was a May 2020 headline from the Philadelphia Inquirer:

And two months later, in July, there was this headline in the Inquirer:

A former Pa. congressman caught in 1970s Abscam sting has been indicted again — this time for election fraud

And, oh yes, here’s a favorite headline from the New York Times itself, back there in 1994:

This gem of a story on a Pennsylvania State Senate election begins this way, bold print for emphasis supplied:

Suffice to say, Congressman Perry is more than aware of the voter fraud shenanigans that are a perpetual feature of the Pennsylvania Democratic Party. He has been a decided voice in standing up for the Constitution of both the United States and Pennsylvania.

Along with seven other Pennsylvania Republican House members, he signed on to a statement saying the Pennsylvania election had the following problems:

* Meanwhile, the matching of signatures was required at a polling site

* Authorizing the use of unsecure drop boxes, which is not permitted in statute

The Times says that Congressman Perry had been “supporting an attempt to overturn millions of legally cast votes.”

The Times game continued, describing him as a member of “the hard-line Freedom Caucus” — implying that for Perry and his Caucus colleagues to be standing up for freedom is some sort of, you know, ahem, far right-wing craziness.

Then there is the slur that by standing up for the integrity of the Pennsylvania and American election system this “incited the Capitol riot.” What bunk.

Scott Perry, as the Times at least had the decency to note, is “a retired brigadier general in the Pennsylvania Army National Guard and an Iraq War veteran.” Yes. He is the exact opposite of someone who would incite an attack on the Capitol of the country where he serves, not to mention it is the Capitol of the country he literally put his life on the line to serve in wartime.

And while we’re on the subject of mobs attacking the Capitol, recall this?

HOUSE Speaker Nancy Pelosi has been branded a ‘hypocrite’, after comments resurfaced of her praising the storming of the Wisconsin State Capitol in 2011.

Pelosi praised the incident as an ‘impressive show of democracy in action’ after up to 100,000 people stormed the building in protest of then-Governor Scott Walker’s proposed bill to end collective bargaining for the majority of public workers.

Got that? When 100,000 angry leftists stormed a Capitol building and physically occupy it for days, Nancy Pelosi loved it. There were no New York Times stories that Pelosi was inciting a mob.

As I can personally attest, Congressman Scott Perry is someone of the highest integrity, who is fearless about standing up for his constituents. And in this case that means constituents who are likewise familiar with the dismal state record of voter fraud.

The idea that we Pennsylvanians were supposed to sit quietly through all this is utterly unacceptable.

Here’s to Congressman Scott Perry. Three cheers for his standing up to do the right thing.

The very fact that the New York Times is upset with him tells his constituents like myself all we need to know.

Thanks, Congressman Perry. Thanks.