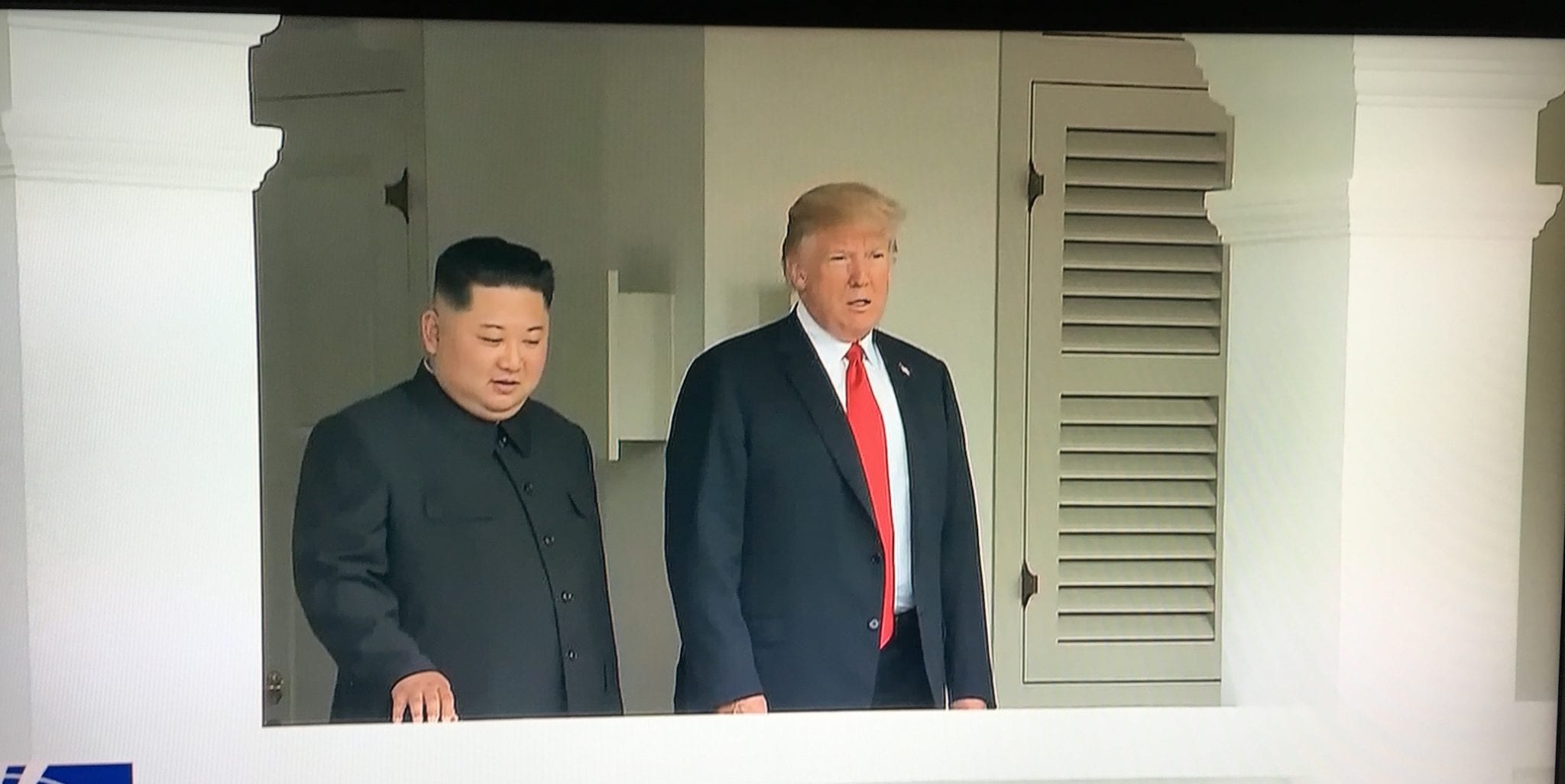 The media rebuked Ronald Reagan for calling the Soviet Union an evil empire. These days the media is demanding that Donald Trump isolate North Korea as one. Suddenly the peaceniks of the press corps deplore dialogue and demand to know why “Trump is legitimizing” Kim Jong Un.

On Monday night, MSNBC assembled a panel of spiteful Trump critics to throw a wet blanket over the summit. The doves turned into hawks and spent much of the evening trying to peck at Trump. Most of the people on the panel are apologists for this or that communist thug—just go back and look at MSNBC’s fawning coverage of Fidel Castro’s death—but on Monday night they played hardliners. Rachel Maddow, furrowing her brow as usual, objected to Trump even holding a summit. She has finally found a communist leader she thinks America should ostracize. When Obama met with the Castro brothers, she burbled with enthusiasm. But she covered this moment of historic diplomacy like a funeral, shuddering at the thought of North Korea joining the “community” of nations.

MSNBC saw the summit as just one more occasion for obsessive anti-Trump fault-finding. The disgraced Brian Williams is still hanging around for some reason and looked like he wanted to give the summit the kind of newsy, anchormanish treatment of old, but he couldn’t pull it off in the company of jabbering Trump haters, for whom wild opining is all that counts. Plus, Williams is too reduced a figure for the cocksure Maddow to give any equal time. But Williams’s ego still asserts itself from time to time. On Monday night he fed it by asking one of the sham historians on the panel an arcane, look-at-what-I-know style question about the USS Pueblo, a ship the North Koreans captured in 1968.

The utterly contemptible Nicole Wallace, whose smugness and nastiness are beyond caricature, drove much of the shrill coverage. She was at her whiny, know-it-all worst, droning on about Trump’s lack of “preparation” and so forth. But Trump seemed perfectly at ease, getting a stiff Kim Jong Un to crack a smile. Trump had said it would only take “a minute” for him to sense if the relationship between the two countries could improve. By that measure, the summit appeared to start promisingly. Normally such friendly gestures between an American leader and an adversary would warm the hearts of liberals. Not this time. The MSNBC panel looked on coldly and muttered suspiciously about Trump’s body language.

During the Cold War, the press would admonish Reagan for drawing attention to the Soviet Union’s appalling human rights record. Journalists cast that concern as unhelpful to diplomacy and complained that it smacked of Western chauvinism. But on Monday night the relativists at MSNBC needled Trump for supposedly showing no interest in North Korea’s human rights abuses and treated the summit as an automatic loser since it wasn’t going to revolve around that subject. Trump won’t bring it up, they pouted. This, of course, is the same press that was chastising Trump for “provocations” a few months ago.

Meanwhile, over at CNN, Chris Cuomo was dealing with the unpleasantness of another black celebrity wearing a Make America Great Again hat. Even worse, the MAGA-hat wearing Dennis Rodman was running down Cuomo’s dear leader, Barack Obama. Rodman noted that Obama “didn’t even give [him] the time of day” after Rodman met with Kim Jong Un. “I asked him, I said ‘I have something to say from North Korea,’ and he just brushed me off,” Rodman said. “But that didn’t deter me. I still kept going back. Kept going back. I showed my loyalty and my trustworthiness to this country. I said to everybody, the door will open.”

Cuomo, looking a bit crestfallen and perplexed, tried to cut off this line of thought with a random question about whether Kim could speak English. But Rodman continued and started crying, calling the summit a “great day.”

The media didn’t like the sound of that. What is he suggesting? That Trump is going to open a door Obama kept closed? Better to keep it closed then, they conclude. Only Trump could go to Singapore while these pacifist creeps turn into born-again cold warriors.