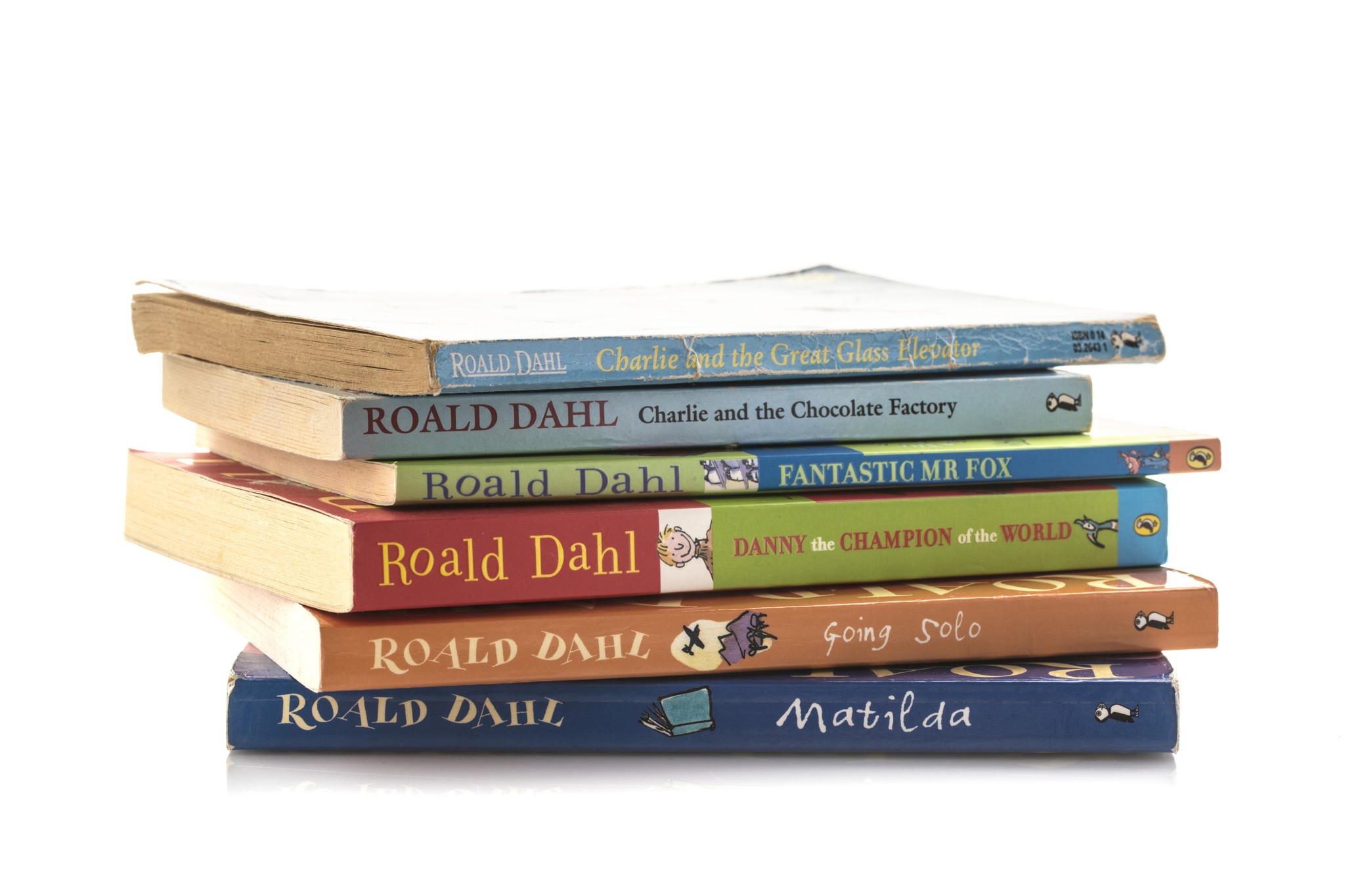 The iconic children’s book writer Roald Dahl (1916–1990) concluded his last book, The Minpins (1991) with these poignant words: “And above all, watch with glittering eyes the whole world around you because the greatest secrets are always hidden in the most unlikely places. Those who don’t believe in magic will never find it.”

Dahl himself, who had a marvelous ability to spark children’s imaginations and express their perspectives, was a paradox, both as a writer and as a human being. In contrast to his incredible ability to weave stories punctuated by beauty, truth, and fantasy, Dahl also had a dark side that is reflected not only in the books he wrote for juvenile and adult audiences, but also in his troubled and deeply sad personal life. Yet the celebrated author’s resilience enabled him to pivot from nearly tragic circumstances throughout his life. Matthew Dennison explores the complex human being that was Roald Dahl in his new biography, Roald Dahl: Teller of the Unexpected: A Biography.

While Dahl achieved the apex of his fame with cheerful children’s books like James and the Giant Peach (1961), Matilda (1988), and his blockbuster classic Charlie and the Chocolate Factory (1964), his canon of work also includes macabre work targeting the adult market, such as his short story collection, Kiss Kiss: Expect the Unexpected (1960), and Tales of the Unexpected (1979). Furthermore, his children’s books have moments of retribution.

Consider Charlie and the Chocolate Factory, in which badly behaved children are systematically eliminated from a tour of Willy Wonka’s chocolate factory as a result of their vices, including gluttony (Augustus Gloop), greed (Veruca Salt), excessive gum chewing (Violet Beauregarde), and television watching (Mike Teavee). Meanwhile, the kind, honest child, Charlie Bucket, survives the journey and is ultimately given the chocolate factory.

Dahl’s darkness was also a persistent factor in his personal life. Married for 30 years to his first wife, Oscar-winning actress Patricia Neal, Dahl was deeply resentful that she was more famous than he was. He also experienced persistent problems in his relationships with editors, agents, and other business acquaintances due to his insecurity, which manifested itself in ridiculous demands and unprofessional behavior. At one point, his interactions with the publisher Random House became so acrimonious that the organization threatened to no longer publish his work unless he “started acting civilly.”

The son of Norwegian immigrants Harold and Sofie Magdalene Hesselberg Dahl, Roald Dahl was born in Cardiff, Wales, on Sept. 13, 1916. His father, the successful cofounder of a shipbroker company, died of pneumonia in 1920 when Dahl was 3 years old. Several weeks before his father’s  death, Dahl’s 7-year-old sister, Astri, died of appendicitis. Although Sofie Magdalene remained in Wales with her children for a few more years, the family eventually settled in England. Experiencing the death of a parent and a sibling at such a young age, coupled with having to leave his childhood country home, shaped Dahl’s worldview and influenced his future writing. As Dennison observes, “Of the children who people his novels, none possess two loving parents and material security, or enjoys unchallenged the freewheeling joys of country life that always delighted Roald.”

Dahl’s early loss of family and home was somewhat mitigated by his mother’s efforts to maintain a connection to Wales by renting a house each Easter in Tenby. Sofie Magdalene also endeavored to comfort her children with ties to their native land. Dennison writes that she told:

Norwegian stories, and nursery rhymes along with “positive” and at times ‘“fictional’” recollections of their father Harold. This early exposure to storytelling had a tremendous impact on Dahl. Even as a teenager, he recognized the value of nursery rhymes describing them as having a ‘concise description of a simple thing, leaving a vivid picture … in the memory of the reader. ’

Although Dahl would witness additional sadness — including the death of his 7-year-old daughter, Olivia, from measles — he showed resilience that enabled him to avoid a tragic outcome on at least three occasions.

The first of these close encounters happened while Dahl was serving as a pilot with the Royal Air Force. In a flight originating from northern Egypt in 1940, Dahl was inadvertently provided with “misleading instructions” that necessitated a forced landing and extraction from a burning plane. He spent the next month in crippling pain while experiencing temporary blindness. Although Dahl ultimately regained his sight and the pain subsided, he was physically never the same again. Yet he later claimed to have benefited emotionally from this brush with death.

Then, in 1960, the pram carrying Dahl’s infant son Theo was hit by a car, propelling the pram 40 feet in the air and crushing Theo’s skull. After Theo was released from the hospital, the cerebrospinal fluid pressing on his brain still required draining. However, the current technology was proving to be inadequate, and the tube clogged each time. Dahl was determined to find a solution to this problem, which led him to partner with Kenneth Till, Theo’s pediatric surgeon, and toymaker Stanley Wade to create the Wade-Dahl-Till valve.

Dahl’s third brush with tragedy happened in 1965 when his wife experienced a “subarachnoid hemorrhage” that necessitated a seven-hour surgery. Despite their strained relationship, Dahl remained by Neal’s side throughout her surgery and recovery. Although they would eventually divorce, Neal credited Dahl with facilitating her recovery, which allowed her to continue her acting career and lead a fulfilling personal life.

Amidst these personal tragedies, Dahl still saw the extraordinary in ordinary life. Dennison provides  insight into the original genius of Dahl’s novels. For instance, Dahl came up with the idea for James and the Giant Peach while daydreaming during a family vacation in Norway when he found himself staring at a cherry tree and wondering what would happen if “the cherries were to grow and grow and not stop growing.” Dennison explains that Dahl then asked himself the same question about peaches. Dahl’s inspiration for Charlie and the Chocolate Factory dates back to his teenage days as a student when the Cadbury Company would send each boy a free box of chocolate. Dennison writes that “Seven of the bars were new inventions not on the market” and that the eighth was the well-known “Dairy Milk Flake” In exchange for the chocolate, the boys provided “their expert opinion on each new invention.”

Roald Dahl: Teller of the Unexpected: A Biography is a thoroughly engaging story of the most celebrated children’s book author of the 20th century. Dennison successfully depicts the complexity of Dahl’s personal life while celebrating his incredible ability to engage the imaginations of generations of children.

Leonora Cravotta
Follow Their Stories:
View More
Leonora Cravotta is Director of Operations with The American Spectator, a position she previously held at The American Conservative. She also co-hosts a show on Red State Talk Radio. She previously held marketing positions with JPMorgan Chase and TD Bank. Leonora received a BA in English/French from Denison University, an MA in English from the University of Kentucky, and an MBA in Marketing from Fordham University. She writes about literature and popular culture.
Most Popular
1
In Memoriam
George Neumayr, RIP
by Wlady Pleszczynski