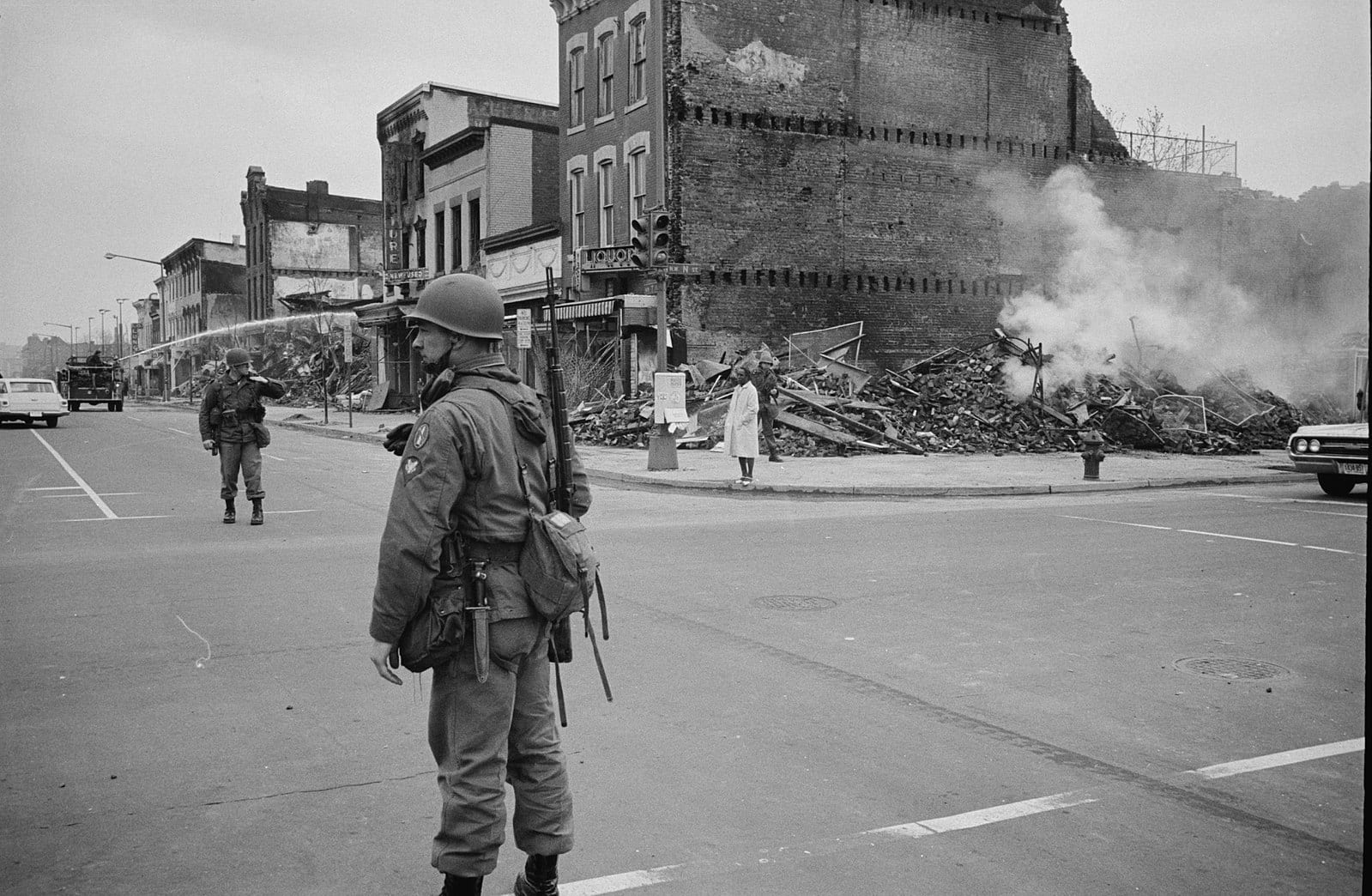 To borrow from the late, great New York Yankees catcher Yogi Berra, it’s like déjà vu all over again.

As one American city after another has exploded into seemingly endless nights of violence in 2020 — every last one of these cities run by Democrats for years — the memories of the late 1960s and the political impact of riots surges. It recalls that the violence of that period pushed one issue to the forefront: law and order.

In 1965 in Los Angeles, a black man on parole for robbery was stopped in the Watts section of Los Angeles for reckless driving. The incident quickly spiraled out of control — for six long days and nights. It took 4,000 California National Guard troops to restore order. There were 34 people killed, and some $40 million worth of property was destroyed or damaged in lootings and burnings.

Two years later, in 1967, 159 race riots broke out across the country. The period became known as the “Long, hot summer of 1967.” As is recorded in Wikipedia,

Also in July were the two most devastating riots of the summer. That would be first in Newark, followed days later by another in Detroit. As with what is happening right now, the Newark riots were launched when two white police officers arrested a black cab driver — and he was beaten severely by the cops. Residents of a nearby public housing project saw the arrested man physically dragged into the police station house — and protests were launched. Those protests, not unlike today, quickly became riots with massive looting and 26 deaths.

As Newark quieted down, rioting broke out in Detroit. For those who came in late, the History Channel website has a crisp recounting of that 1967 riot in Detroit. The Detroit Police Department’s vice squad, constantly shutting down illegal drinking parties, raided a club hosting one of these in a middle-of-the-night raid at 3:35 in the morning. One thing quickly led to another, and suddenly Detroit — like all these cities today — was in flames, engulfed in wave after wave of lootings and shootings. When the smoke cleared and control was restored by a combination of the U.S. Army and the Michigan National Guard, there were 43 dead, more injured, and some 1,400 buildings burned and looted.

Then came 1968. The assassination of Dr. Martin Luther King Jr. in April launched another wave of rioting in over 100 cities across the country, one of them, notably, in Washington, D.C. There were U.S. Army troops suddenly assigned to guard the U.S. Capitol. Over the course of four days, there were over 1,000 fires in Washington, and 13 people had been killed and over 1000 injured.

In Chicago, 11 people were killed, 48 wounded by police, and almost 100 police officers were injured in the aftermath of the King murder. It took thousands of police, plus Army and National Guard troops, to restore order. In August, as the Democratic National Convention opened in Chicago to nominate Vice President Hubert Humphrey, yet another riot broke out, this one centered on the Vietnam War.

The violence and rioting were an issue right from the get-go in the 1968 presidential campaign. It was so bad that the Democratic Party duel that featured Vice President Hubert Humphrey and Sen. Robert Kennedy had no less than Kennedy, an ex–U.S. Attorney General, going after Humphrey by saying,

I was the chief law-enforcement officer of the United States. I promise if elected I will do all in my power to bring an end to this violence. We needn’t have to expect this violence summer after summer.

As we look at America, we see cities enveloped in smoke and flame.

We hear sirens in the night.

And as we see and hear these things, millions of Americans cry out in anguish.

Did we come all this way for this?

Did American boys die in Normandy, and Korea, and in Valley Forge for this?

In November the answer came clear. Americans had had enough. Between Nixon and the protest candidacy of Alabama’s Democrat Gov. George Wallace running a third-party campaign, the law and order message carried almost 57 percent of the vote to Democrat Humphrey’s 42.7 percent.

There is no Wallace-style third-party candidate in 2020. What there is, is a basement-bound, frequently confused Joe Biden, the very symbol of the liberal Democratic machines that have been running these riot-engulfed cities across the country.

There is no one who thinks that the murder of George Floyd was anything other than outrageous. But you can be certain that by the time election day arrives there will be plenty of talk about the repeated inability of Democrats in all these city halls and state houses to get order restored.

And in truth? The reality star president has already stolen the show with his remarks from the Rose Garden last night. Said the President to an American nation under siege from riots and racial violence: “I will fight to protect you.” He added: First, as reported here by Fox News:

“I have recommended every governor deploy the National Guard in sufficient numbers to dominate the streets,” the president said during his speech. “We are ending riots and lawlessness, we will end it today.”

Trump said he is dispatching “thousands and thousands of heavily armed soldiers and military personnel” to stop the rioting. “I want organizers of this terror to be on notice that you will face severe criminal penalties,” he said.

“We cannot allow the righteous cries of peaceful protesters to be drowned out by an angry mob,” the president added. “The biggest victims of this rioting are peace-loving citizens in our poorest communities.”

And with that, saying he would head instantly to a special place, he turned, walked back through the White House and dramatically walked to St. John’s Church across LaFayette Park from the White House. This is the church in Washington legend and lore known as the “Church of Presidents” where every president since James Madison has worshipped. It now stood wounded by rioters that had attempted to burn it to the ground. I personally have worshipped there. It is a cherished site of love and remembrance —  and the Never Trump, anti-American haters literally tried to burn it to the ground. I can’t wait until the Never Trump haters of the Lincoln Project try and defend this.

Just as the repeated violence of the period between 1965 and 1968 helped to elect Richard Nixon — there will without doubt be a political impact with all of this rioting and violence in 2020. The attempt to burn one of the most iconic churches in America should be at the center of the 2020 campaign.

And as with Nixon, this visceral and violent anti-Americanism can only help reelect Donald Trump, the law and order candidate of 2020.