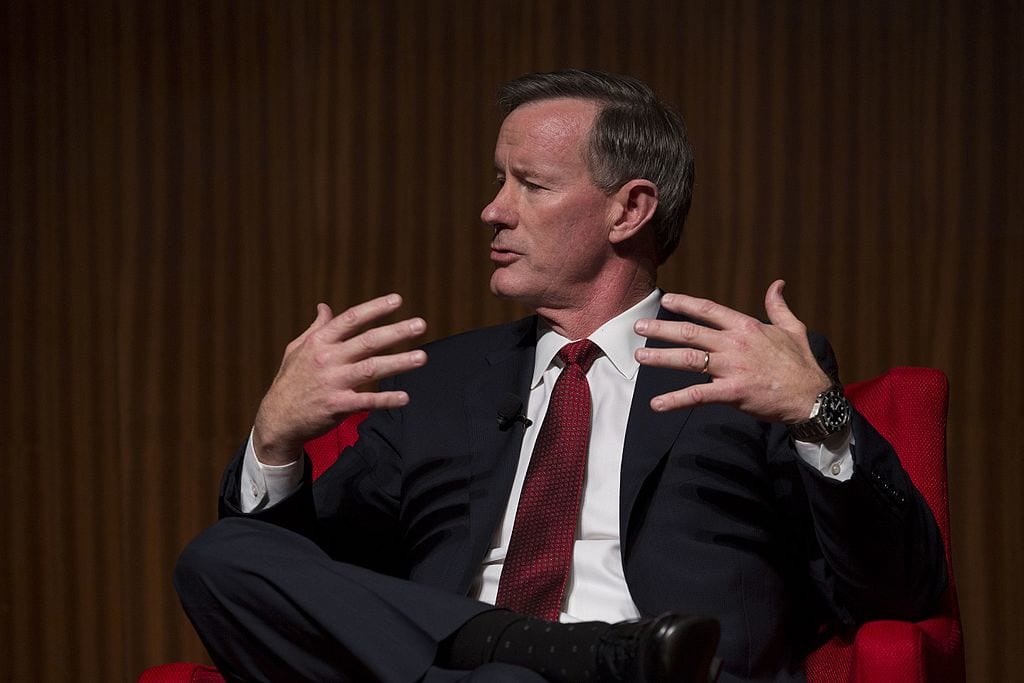 Between the Mexican-American War and the start of the Civil War, men like Ulysses S. Grant and William Tecumseh Sherman — two of the greatest military leaders in American history — found themselves living rather dull civilian lives. As tensions heated up between the Union and the Confederacy, both Grant and Sherman were initially on the sidelines (though this did not last very long). No one in Washington consulted these two relative unknowns. What’s more, those in Washington among the military command structure could have cared less about their opinion. They were, after all, no longer in uniform.

Today, when one retires either from the uppermost echelons of America’s bloated intelligence services or from the United States Armed Forces, depending on one’s rank, that ex officio is allowed to maintain his or her security clearances. We have been told by the “experts” that this is to help with institutional memory. What memories are the national security institutions trying to preserve anyway?

Folks like John Brennan and James Clapper have a track record of unmitigated failures under their proverbial belts. Why do they get to keep their clearances? Who would want to consult with them? From 9/11 to the Iraq War to the supposed Russian-backed cyberattack on the U.S. presidential election in 2016, these men have presided over one disaster after another. Not only should people like Brennan lose their security clearances — but they should probably be investigated for gross incompetence!

Recently, retired Admiral William McRaven wrote a scathing op-ed in the Washington Post excoriating President Donald Trump for having terminated former CIA Director John Brennan’s security clearance. The former admiral is trading on his fame of having been the commanding officer at the United States Special Operations Command during the Bin Laden Raid in May of 2011 as proof that his opinions should be heeded.

They should not be.

McRaven, like anyone else who has a security clearance, is a public servant who is supposed to remain apolitical. When he crosses the line, he should be rebuked and ignored — by both sides. At the end of his emotional letter to the president, McRaven insisted that his security clearance be revoked, so that the retired admiral could stand in solidarity with the honorable John Brennan.

What Brennan, et al. are trying to do is to have their cake and eat it: they want to enjoy the benefits of being retired and use their status to undermine the duly elected leadership of the country. Trying to have one’s cake and eat it didn’t work well for Marie Antoinette and it shouldn’t work for the pampered princes of our military-industrial-intelligence complex either. These individuals no longer have skin in the game and therefore their judgments are suspect. If they want to retain their access and influence events, like Generals Grant and Sherman before them, they should either re-join the service or abandon their clearances and run for political office.

The only thing worse than having a career civil service bureaucracy that is too big to fail is having a mass of retired former government officials who, after leaving government, opt to remain embedded within The Swamp (while contributing little substantive help to the country). Such informal networks of former intelligence and military leaders (generally speaking) amount to a highly politicized, shadow civil service that is unaccountable and influences everything.

As for institutional memory, if Trump wants to drain the swamp, he should start by removing the detritus of long-retired senior civil servants who are either responsible for involving the United States in unwinnable wars and/or who presided over massive intelligence failures. If the government wants to consult John Brennan on how not to properly defend the United States, that’s one thing. If the Trump Administration wants to know how to win wars and avoid another 9/11, John Brennan and his cabal are not the ones who should be consulted.

Never forget that some of the best assets the intelligence services and the military have today are the mid-to-lower ranking, younger leaders who’ve had to endure the recent failures up-close (much as Grant and Sherman had to endure in the opening phases of their war). In the current system, though, such new talent is unable to fully rise because the old failures (like Brennan, et al.) are still taking up all of the room at the top.