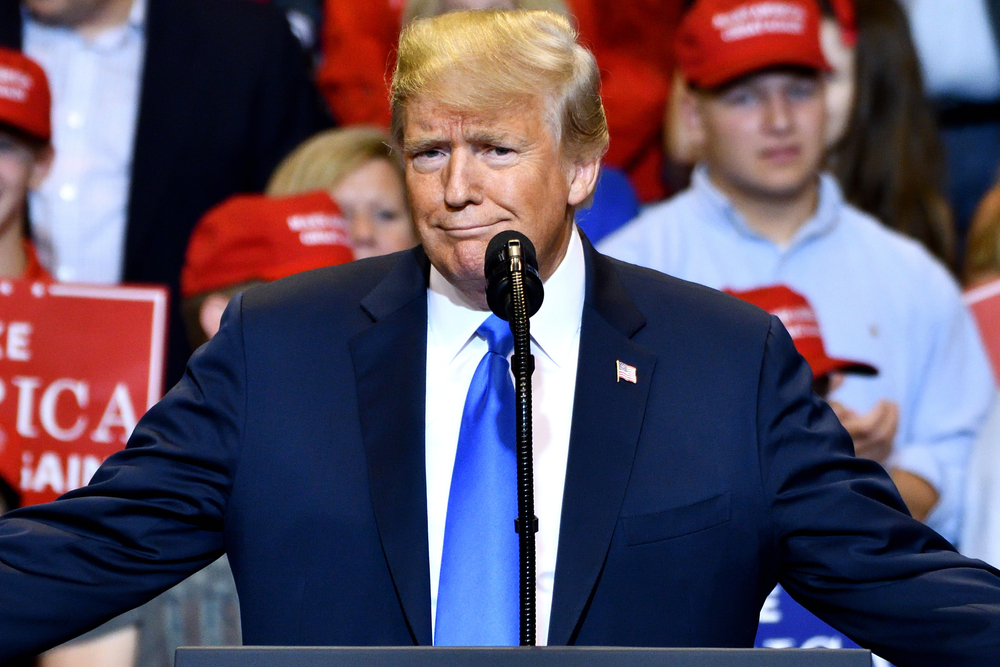 But they claim to be Republicans.

And now the results produced by all those Never Trumpers in the anti-Trump Republican Accountability PAC are in.

Here is this from the Office of the United Nations High Commissioner for Human Rights:

Got that? With Donald Trump gone from the White House and Joe Biden in his place, as the Republican Accountability PAC wished, Vladimir Putin invaded Ukraine, killing and injuring tens of thousands of innocent men, women, and children.

Putin saw in Joe Biden exactly what, according to the New York Times, Biden’s own staff is seeing — that the president of the United States, whom the Republican Accountability PAC went out of their way to elect, is in fact a weak, doddering old man who, per the Times:

often shuffles when he walks, and aides worry he will trip on a wire. He stumbles over words during public events, and they hold their breath to see if he makes it to the end without a gaffe.

Then there’s the U.S. southern border under Biden. Here’s the headline from Fox News:

Texas Gov. Greg Abbott believes that there is an ‘invasion’ going on at the southern border driven by cartels and exacerbated by White House policies.

You wanted Biden, you abandoned the president who wanted to protect — and was protecting — the border, and now, per the governor of Texas, the policies you supported have produced an “‘invasion’ going on at the southern border driven by cartels.”

And let’s not forget what the economic policies of the man you wanted elected have produced for Americans. Here are a few of those headlines, starting with this one from June of this year:

This jewel of a news report begins by saying this:

Gas prices soared to a record high on Monday for the ninth consecutive day during President Joe Biden’s war on American energy, according to AAA data.

And that’s just the price of gas. The Western Journal reports that

One of the biggest hits to the wallets of everyday Americans came in the category of food, as both meat and egg prices rose more than 11 percent over the course of a year.

The price of furniture and bedding rose “13.8 percent in price, while new vehicles rose 11.8 percent” while “used vehicle prices have jumped 37.3 percent since December 2020, and hotels have risen 27.6 percent.”

Inflation rose 9.1% in June, even more than expected, as consumer pressures intensify

Here’s a refresher on what the so-called “Republican Accountability PAC” is really about: They are nothing more than the modern incarnation of the Ruling Class of the GOP Establishment. They’re livid at an outsider bringing fresh, intellectual accountability to the Republican Party, not to mention attracting millions of Americans who have never set foot in a country club.

There is nothing new about this. Let’s take a look back at just how the rise of outsider Ronald Reagan was treated in the 1960s and 1970s by the Republican ancestors of today’s anti-Trump Republican Accountability PAC. As I have noted previously here in The American Spectator:

On and on went this kind of thing, just as it goes on now with their political descendants, the anti-Trump Republican Accountability PAC.

Let’s be plain: the Republican Accountability PAC is decidedly not — say again, not — about being Republican. They are the very embodiment of the RINO — Republican in Name Only. They are exactly what Ronald Reagan used to call “fraternal order” Republicans.

They have made plain their rejection of Republican and conservative principles. Had their anti-Trump ideological soulmates gotten their way in 2016, there would be, to cite but one example, no Supreme Court Justices Gorsuch, Kavanaugh, or Coney Barrett.

In 1983, on the 10th anniversary of Roe v. Wade, President Reagan wrote an essay titled “Abortion and the Conscience of the Nation.” In it, he specifically said that he supported “attempts to reverse the tragic policy of abortion-on-demand imposed by the Supreme Court ten years ago.”

President Trump got done what President Reagan — and millions of Americans over decades — wanted done.

But if the Republican Accountability PAC had gotten its way in 2016, President Hilary Clinton would have appointed three liberal justices, and Roe would still be in effect.

Look. This is a free country. If the people behind the Republican Accountability PAC want to go out of their way to defeat the man who upheld the principles of constitutional conservatism, energy independence, low taxes and no inflation, a secure southern border, and a Reagan-style peace through strength in foreign policy, then they are free to do so.

But let no one be fooled. These are not Republicans. This is a scam, not a movement. If they really want “Republican Accountability,” they could start by looking in the mirror.