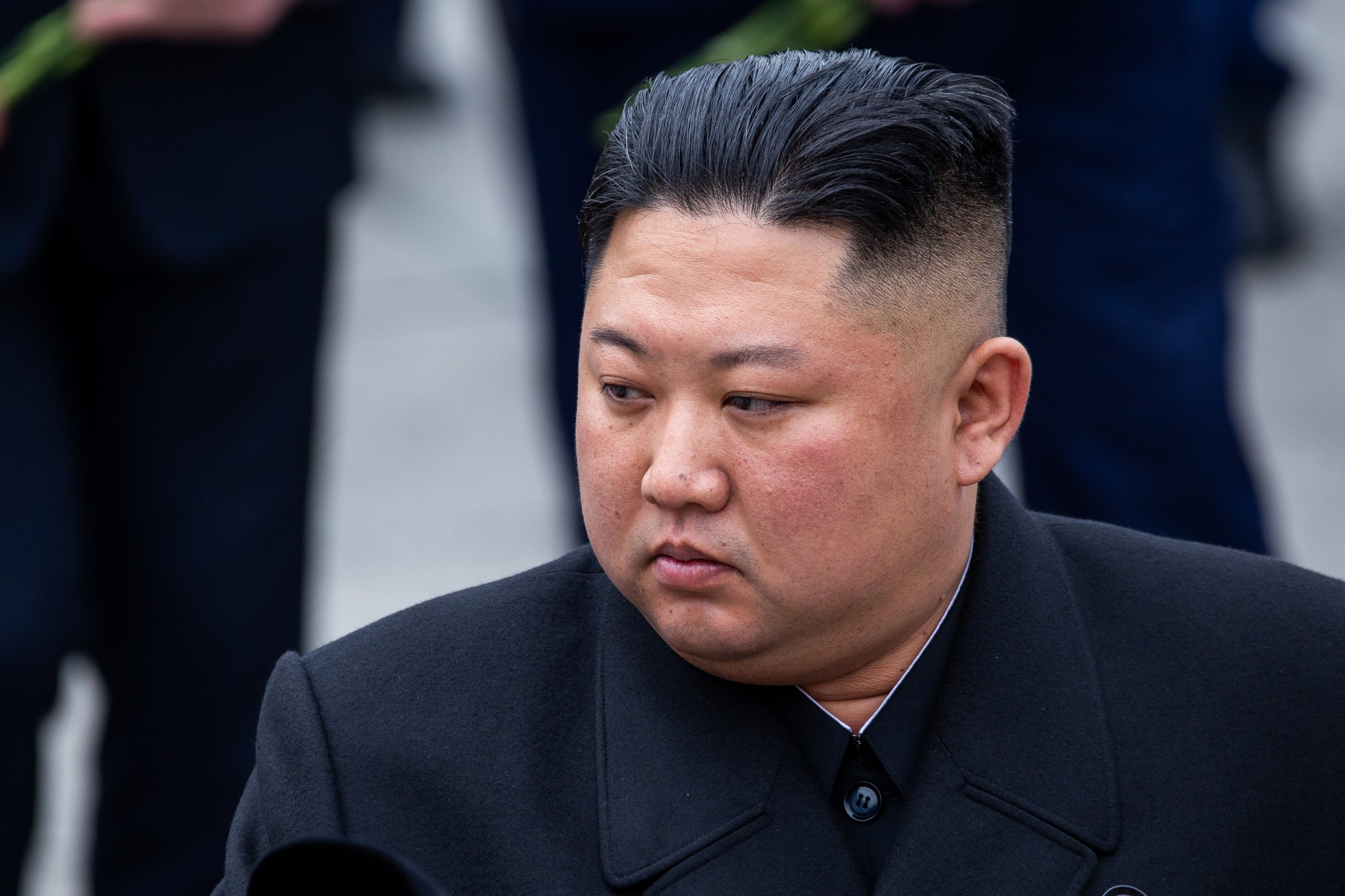 Few freedoms are more feared by authoritarian regimes than religious freedom. After all, belief in God presumes a greater being and a higher standard to which human rulers are accountable. That poses a threat to even democratic rulers. However, political leaders who essentially claim to be gods are at the greatest risk.

One of the rare truths expressed by Roland Freisler, the notorious Nazi jurist, was that Nazism and Christianity were similar in only one way: both claimed the whole person. So it is with North Korea, notorious for its ruthless religious persecution. The most recent annual report of the U.S. Commission on International Religious Freedom notes: “In 2021, religious freedom conditions in North Korea remained among the worst in the world. North Korea’s ruling ideology, known as Juche, forbids competing ideologies—including religious ones—and treats religion as an existential threat.”

Christians are among those targeted by North Korea’s Songbun classification system, which judges every citizen. The report explains, “Religious practitioners belong to the ‘hostile’ class and are considered enemies of the state, deserving ‘discrimination, punishment, isolation, and even execution.’” Mere possession of religious texts and objects, let alone meeting for education and worship, is treated as a grievous crime.

Although the persecution of Christians receives the most attention in the West, Pyongyang also punishes adherents to traditional beliefs, including shamanic faiths. A detailed report issued last year by the commission found that persecution was not inadvertent or haphazard. Rather, “the state enforces the absolute denial of religious belief through the active mobilization of organs of the government.”

Persecution is a full-government commitment. Security agencies directly handle punishment, but the commission noted that even entities like educational and media institutions have a role in this. Most every state institution also plays some part in monitoring and reporting on the North Korean people. Even “work and residential units serve as the long arm of Workers’ Party of Korea control, both denying religious freedom and monitoring for signs of religious belief at the level of daily life.”

The commission’s latest report on the country, issued in July, considers the ideological foundations of North Korean repression. For instance, “the nature of ongoing religious freedom violations are driven by highly organized efforts of the Workers’ Party of Korea to enforce an ideology known as Kimilsungism-Kimjongilism.” These “isms” are derived from the first two generations of what amounts to more of an absolutist monarchy than a Leninist state. One of the most curious attributes of the Democratic People’s Republic of Korea is the lack of communist imagery — no Karl Marx, Friedrich Engels, Vladimir Lenin, Joseph Stalin, Mao Zedong, or any other commie notable. In contrast, pictures and statues of founder Kim Il-sung and successor Kim Jong-il, grandfather and father, respectively, of current Supreme Leader Kim Jong-un, are ubiquitous.

Fear of religious faith is manifest. Of late, the regime has begun to systematically target even the young over access to foreign, and especially South Korean, culture. Violations have continued despite the regime’s use of the COVID-19 pandemic to justify sealing off the country even from China. K-pop’s challenge to the North Korean regime is merely indirect. Religious teaching constitutes a frontal assault and therefore is even more strongly resisted.

In lessons at school, students are taught about the ‘evils’ of religion and superstitions, and this messaging is reinforced through a multitude of materials, including stories and movies…. In higher education, instruction on Kimilsungism-Kimjongilism continues through twice-weekly study sessions and lectures on the words and teachings of the Supreme Leader.

Indoctrination continues with adults. For instance, “employment in all career tracks requires the individual to participate in Kimilsungism-Kimjongilism sessions at the workplace.” Particularly serious scrutiny is given to those in sensitive party or professional positions. However, “[e]ven if an employee is not a party member, he or she must refrain from religious activities” and report anyone suspected of harboring religious beliefs. (READ MORE by Doug Bandow: Today’s Top Religious Persecutors: Open Doors Unveils Latest World Watch List)

The regime attempts to enforce not just behavior but belief, uncovering those who only claim to be loyal. The commission reports: “[A]n apparent lack of ideological fervor is a sufficient early warning sign that is met with punitive measures. In effect, there is a continuous form of state-sponsored coercion on the individual to turn away from anything other than Kimilsungism-Kimjongilism.” The state wants evidence of true conviction, not just formalistic affirmations of compliance.

When violations occur, criminal sanctions apply. The severity of the offense determines the mode of punishment. Since 2020, the COVID crackdown has essentially closed the border, but, before that, North Korean refugees forcibly repatriated from China were most severely punished if they had come into contact with South Korean Christian aid groups. Fleeing paradise was bad. Learning of alternatives to the political faith was far worse.

Unsurprisingly, the formally atheistic state does not consider its pronouncements, including stories of near-miraculous births, acts, and events, to be a religion. The commission notes: “The North Korean state does not consider Kimilsungism-Kimjongilism to be a religion. It is officially referred to as a sasang (ideology), and it is considered treacherous for a North Korean inside North Korea to refer to it as a chonggyo (religion).” Academics debate the exact nature of the system, and no supernatural being is officially worshipped.

However, notes the commission report, “the closest institutional analogues to Kimilsungism-Kimjongilism in Western discourse are found in examples of organized religion rather than in examples of political ideology.” What Pyongyang propagates is essentially a political religion, with holy scripture and prophets. The commission explains:

Contra formal constitutional protection for freedom of belief, the Ten Principles require unconditional obedience to Kim Il-sung and Kim Jong-il and the party’s policies. And this teaching is reinforced by what amounts to public worship, the report says:

Included among the various outward manifestations of religion or belief to be protected under international law are distinct rituals, buildings, and texts. Compliance with Kimilsungism-Kimjongilism requires participation in daily morning recitations and weekly or biweekly criticism sessions. Morning recitations take place in schools, workplaces, and residential areas, adhering to a standard format that begins with a reading of the directives or words of Kim Il Sung, Kim Jong Il, or Kim Jong Un.

Also notable is how North Koreans treat official teaching. The commission explains that “several North Koreans interviewed for this report who encountered Christianity during or after their escape from North Korea used Christianity as an analogy for describing the processes of instruction and participation in Kimilsungism-Kimjongilism.” For instance, both involve teaching, reflection, and prayers. Finally, like Nazi Germany, the North Korean state claims the whole person. The report details:

Whether it is referred to as Juche or Kimilsungism-Kimjongilism, adherence to it entails and demands the renunciation of other systems of religion or belief. A North Korean citizen cannot adhere both to Kimilsungism-Kimjongilism and another religion or belief…. [This] zero-sum relationship between state ideology and religious belief is not only codified but put into everyday practice by the state.

Disobedience and resistance are punished harshly but in theory are forgivable. Not so for higher officials who pledge allegiance to a foreign god. The commission states, “While penal sanctions could rehabilitate an official who had consulted a shaman or committed theft, crimes against Kimilsungism-Kimjongilism, such as adherence to Christianity, were perceived to be in the most severe category.” Better to be a murderer, one defector noted, than a religious believer if one hopes for mercy.

North Korea flunks the basic test of caring for its own people. It typically tops the list of worst religious persecutors. It always is among the worst general human-rights violators. Submission to the state is expected and enforced, with great brutality.

Although formally atheistic, the North Korean regime, a curious communist-monarchical hybrid, is promoting a political faith. Ironically, there is little difference between North Korea and, say, Saudi Arabia when it comes to banning all faiths but one. What ruler Kim Jong-un appears to most fear is that his people will come to believe in a god before him.

Doug Bandow is a Senior Fellow at the Cato Institute. A former special assistant to President Ronald Reagan, he is the author of several books, including Tripwire: Korea and U.S. Foreign Policy in a Changed World, and co-author of The Korean Conundrum: America’s Troubled Relations with North and South Korea.

Doug Bandow
Follow Their Stories:
View More
Doug Bandow is a Senior Fellow at the Cato Institute.
Most Popular
1
Hither and Yon
Here’s What Happens When Democrats Abandon a City to Crime
by Scott McKay