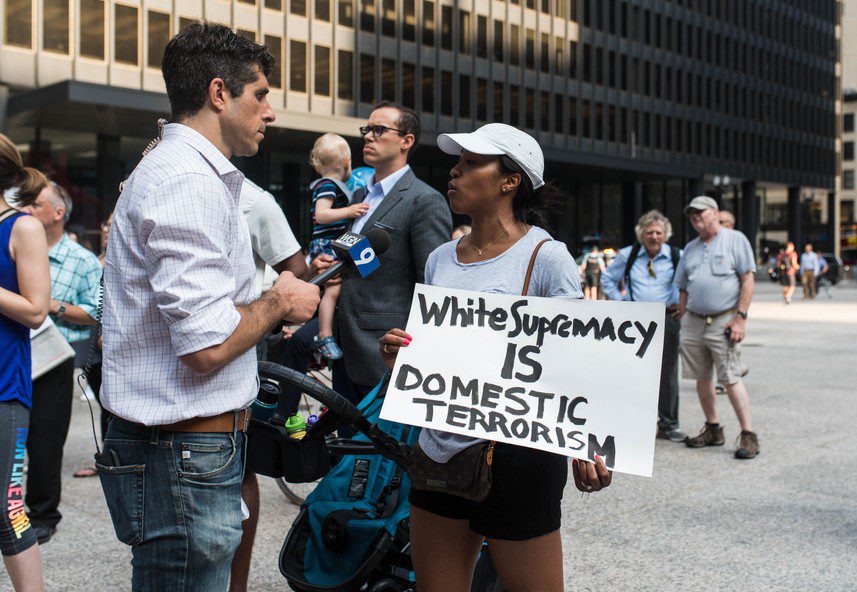 We at The American Spectator call it Kultursmog, and it is the only kind of smog of which our friends on the left approve. Actually, they not only approve of Kultursmog, but they contribute to it. Kultursmog is that aspect of American culture that is utterly politicized, and it is politicized by the politics of the left. Its leading centers of pollution are Hollywood, California, New York City, Washington, D.C., and increasingly Silicon Valley. I had hoped that Silicon Valley with its brave claims to libertarianism might have escaped the pollutants of Kultursmog, but I was wrong. The lure of virtue-flaunting proved too strong for the tycoons of Silicon Valley. Now they are taking it to outer space. Did you see that Jeff Bezos had hardly gotten his feet back on terra firma when he donated $100 million not to the Red Cross, not to the Little Sisters of the Poor, but to Van Jones, who is himself a leading smokestack of Kultursmog over at CNN?

Kultursmog is everywhere. It is in the books we read, the movies we attend, the songs we sing. It does not permeate our history, which is why the woke folk are so intent on tearing down our history, including statues of Abraham Lincoln, George Washington, and even Frederick Douglass. Can Martin Luther King Jr. be next?

I have made a career of sounding the alarm against the propaganda of the Left, and just the other day I caught the Left extruding their propaganda into the public arena. They were using the obituary pages of the New York Times to spread their malign message. Is there no place they will not defile with politics?

One of the Left’s favorite myths is that America is abundant with white supremacists and practitioners of something called the alt-right. I know, I too once thought the alt-right was a roadside direction or meant a detour was ahead, but apparently it has something to do with politics of a distinctly extremist variety. Advocates of the alt-right apparently tend to congregate at rural gas stations, usually in the dark of night. That is about all I know about it, but the writers at the New York Times claim to be highly agitated over it.

A couple weeks back, William Regnery II, a man who supposedly “bankrolled” what the Times called “some of the leading organizations and figures behind the rise of the alt-right and championed efforts to win adherents to a modernized notion of white supremacy,” bit the dust. And do you know how the hysterics at the Times handled his passing? They devoted an entire half-page to him in their print edition, complete with a picture of him standing with some young adjunct who looked understandably uneasy. The young man was wearing an ill-fitting suit, and he might have been more comfortable were he armed, but he was not. The recently deceased Mr. Regnery and I might have met years ago years ago at some Republican function, for he was active in the Goldwater campaign of 1964. Or possibly it was at a stamp collectors’ conference. I used to be an avid collector. At any rate he is dead, and from the Times’s own information gathered for Mr. Regnery’s obit, it is clear that he never succeeded in any political endeavor, from his earliest Republican days to his days of aimless wanderings with fanatics.

He began as a volunteer for Barry Goldwater’s presidential race, in which he won some sort of distinction for coming up with “Operation Dewdrop,” wherein he attempted to suppress the Democratic turnout in Philadelphia by hiring an airplane to seed the skies with dry ice. The hope was that the dry ice would cause a downpour and Philadelphia Democrats would neglect to vote. His scheme failed, and he burned his fingers handling the ultra-cold dry ice containers. More recently he founded the Charles Martel Society, named for the Frankish king who back in what might be called the good old days won the Battle of Tours in 732. He beat a Muslim army. The Society also publishes a journal, the Occidental Quarterly, though when last heard from it was in financial difficulties. In fact, most of Mr. Regnery’s endeavors had financial difficulties. In 2014, he organized a “European Identitarian Congress” in Hungary, though he was detained at the Budapest airport and deported the next morning. Also, there was something called the National Policy Institute that also had money problems. The establishment of a Who’s Who of White Supremacists never took off, nor did a whites-only dating site.

Still, the New York Times gave Mr. Regnery a half-page obit. After all, there are a lot of fanatics out there.