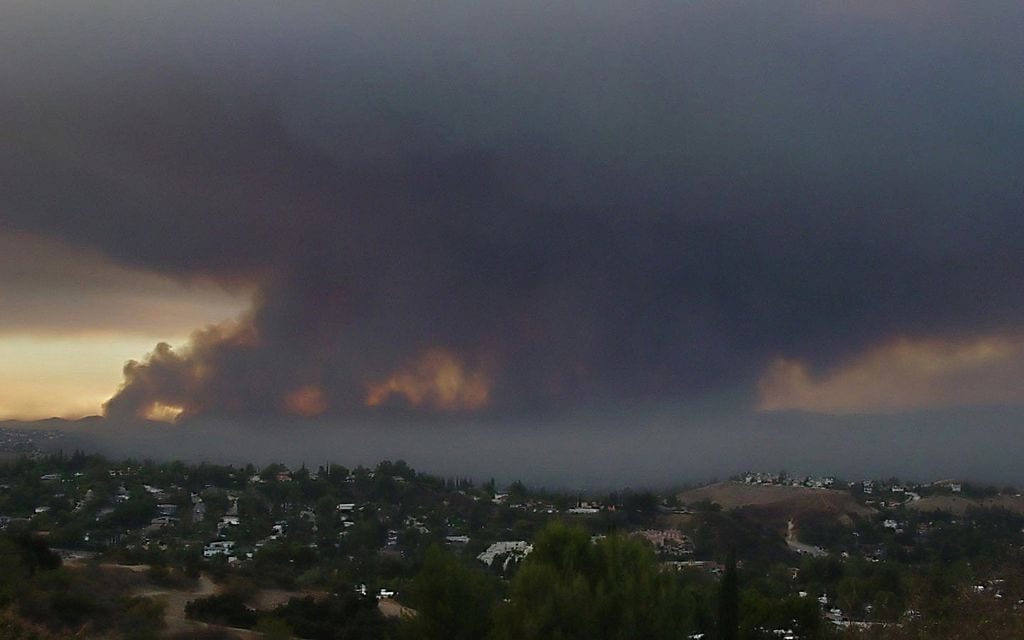 At The American Spectator we call it Kultursmog, it being the popular culture of the country, occasionally even the high culture of the country. You want examples of Kultursmog! Think of the production of a Shakespeare play with the players appearing in the nude or dressed up as 1930s gangsters, complete with machineguns. I have never seen, say, the Royal Shakespeare Company, perform Shakespeare in the nude, but doubtless their day will come. On the other hand, I have seen Macbeth cast in gangster garb. It was twenty years ago, and I was either in New York or London… after a few drinks I get the two confused. I suppose their outré casting of Macbeth was supposed to make the audience think.

One of the false assumptions of the Kultursmog is that Americans do not think at all, and so Kultur’s sacrosanct duty is to make us think by disturbing us, by making us want to tear down the theatre, by giving us a nosebleed, by making us really ill. I have never gotten even mildly ill at a high culture event or even a low culture event. I have laughed out loud, but never thrown up — not even over the art of Andy Warhol or of Robert Mapplethorpe or this modern clown of the plastic arts, Jeff Koons. Incidentally, yet another of the Kultursmog’s false assumptions is that high art, if it is good, has disturbed people. You know, at the premiere of Beethoven’s 3rd Symphony, or Michelangelo ’s unveiling of the Sistine Chapel ceiling, or Rodin’s The Thinker. In truth, if Beethoven’s or Michelangelo’s or Rodin’s artistic goals were to disturb their audience or annoy their patrons they would be out of work in a flash and quite possibly jailed by Prince Esterhazy or the Crown Prince, or the Emperor or whatever.

Kultursmog may be laughable and trivial and childish, but it is everywhere. Americans cannot escape it. Even Europeans and Asians cannot escape it. Which is why The American Spectator has survived for fifty years. It’s been one laugh after another always at the expense of the Kultursmog — its pollutants and its polluters. The sociologist and other such frauds decry the abundance of dead end jobs here in America. But for me having a dead end job hasn’t been so bad. I have been at The American Spectator, as editor-in-chief, for fifty years without interruption, without being furloughed, without being promoted, without even being fired, no sexual harassment charges, and always the same crummy two-week vacation — year in and year out.

We began by laughing at the Kultursmog when it was the product of Liberalism. There was, for instance, the Alger Hiss farce. It went on for decades. At the Nation magazine it doubtless still is going on. There, Alger remains innocent. One of the magazine’s most convincing arguments was made by Hiss’s son who argued that Hiss could not be a communist because he once caught his male member in the zipper of his trousers. We thought that was funny. There was the Reagan Administration when all major media believed that President Ronald Reagan was an ignoramus and clinically insane, even as he was winning the Cold War and reviving Jimmy Carter’s decrepit economy. There were the Clinton years when the Spectator scandalized polite society by doing what was then never done: talking about a string of cuties that Bill had violated and Hillary had covered for. Today we call Bill’s innocent White House recreations Sexual Harassment — and if you do it, watch out. And by the way, what is this talk about the Russians having some mysterious dirt on Hillary? It is no mystery. You will find it chronicled in the Spectator for over twenty years. How about in 2007 when I reported that the Russians had taped Bill having phone sex with Monica. He did it on open telephone lines.

About this time liberalism died but not the Kultursmog. Liberalism died around 2009 when the New York Times’ Sam Tanenhaus came out with his suicidal book, The Death of Conservatism. All the smug inhabitants of the left had a good laugh.

Then within months they were greeted by the conservatives’ 2010 wave election. Conservatism won the House of Representatives, picking up 63 seats. They picked up 6 seats in the Senate. They added 6 governorships, bringing them control of 32 governor’s mansions. They won 680 new seats in state legislatures. They were easily the majority party by 2010, and I had the pleasure of writing The Death of Liberalism — with which the left seemed to agree. Their rush to forsake the term liberalism began and they settled on the term Progressive, but with a difference. The Progressives were more radical, more uncomfortable living in America, more fantastical. All were the ingredients for a new Kultursmog, a Kultursmog on steroids. At The American Spectator we continued to laugh, only louder.

Today there are almost no liberals. There is only the left, but it still pumps out Kultursmog. If conservatives want to beat the left they will have to destroy the smog. Andrew Breitbart was right. The struggle ahead is a struggle for the culture of the country. Politics and political issues are rooted in the culture of a country. We are in a better place today than we were in fifty years ago when I founded The American Spectator, but the war has not changed.

As I tried to point out in 2015 Donald Trump was going to be a formidable candidate. Of all major media only BuzzFeed took note of me and later inquired as to how I came to my conclusion. I told them I had noted Trump physically, mentally, and in terms of the issues he was already campaigning on when he addressed our American Spectator gala in 2013. He was a thoroughbred. Some of you might not like that, but I could not flee from what to me was an obvious conclusion. And I will go a step further. He looks like a winner in 2020.

He was elected president and he has repaid those who voted for him with the most conservative collection of policy achievements since Ronald Reagan. Where does he get the ideas he propounds? He never read Russell Kirk or Milton Friedman. I think he gets his ideas from being an American. He relishes America. He is a patriot — a little rough around the edges, but an American patriot. To him Making America Great Again is his intuitive way of getting to where The American Spectator arrived at years ago. For the most part he got it right. He might not be the candidate you longed for but he is the candidate who finished off the Clintons and may just finish off the Kultursmog.