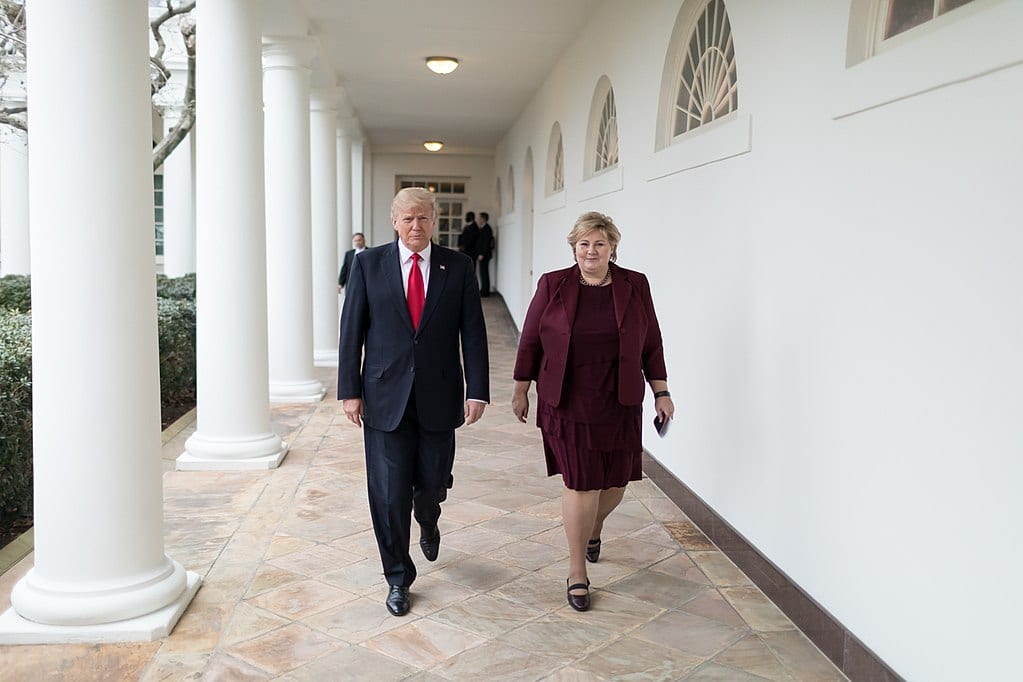 Unless you’ve been living under a rock for the last several days, you know what happened: On Thursday, President Trump reportedly called the entire continent of Africa, and perhaps a few nearer places, “s***hole countries.”

After the “mainstream media” gave the comments more non-stop coverage than any event since Trump won the 2016 election with CNN, MSNBC and even NBC actually using the word on air, Trump’s defenders responded with “He’s just telling the truth” and “I’m glad he says what we all think” along with attempts to tie it to policy such as “This is not about race. It’s about economics.”

The White House released a statement that began, “Certain Washington politicians choose to fight for foreign countries, but President Trump will always fight for the American people.” I suppose it’s all they could say.

My reaction is three-fold: First, in politics, “if you’re explaining, you’re losing.” By that standard, and less for Trump himself than for congressional Republicans who will be forced to answer for him, it’s hard to lose bigger than this.

Second, President Trump was on a roll, having shepherded through Congress historic tax reform and, on Tuesday, showing himself to be truly presidential in his leadership of a bipartisan meeting of members of Congress aiming to find a solution to the most pressing immigration issues facing the country. By lobbing his verbal grenade on Thursday, he blew up all focus on his recent achievements, turning a week that seemed destined to boost Trump’s approval ratings into something else entirely.

And third: Insulting entire continents may tie him slightly closer to parts of his base (one wonders what percent of them have ever been to Africa) but it does nothing to expand it; President Trump cannot create a single new Republican-leaning voter with such statements, but he absolutely can and did lose quite a few.

Prior to “s***hole,” this week’s talk had been about tying a replacement for DACA, the Obama-era policy allowing illegal aliens who would brought here as children (“Dreamers”) to stay and work in the United States, to conservatives’ (and President Trump’s) desires for border security and particular immigration reforms. (While “Dreamers” is a term concocted to put a positive political spin on a particular category of illegal aliens, I will continue to use it simply because its meaning is well understood.)

Several House of Representatives members proposed a bill that fulfills all of the short-term immigration policy desires of the political right but offers no path to citizenship for Dreamers. It has precisely zero chance of becoming law, and probably wouldn’t even pass the House, but it could be useful from a negotiating perspective.

On the Senate side, a few self-appointed senators proposed a plan — the president’s reaction to which likely caused the outburst we spent the rest of the week talking about — which was as far to the left as the House’s plan was to the right: a path to citizenship for Dreamers, but only 10% of the border security funding that President Trump requested, very little change to “chain migration” policies, and only a modest modification to the “visa lottery” including using hundreds of thousands of those visas to allow citizens of Haiti, El Salvador, and Nicaragua who were granted Temporary Protected Status due to natural disasters in their own nations to stay in the United States permanently.

This bill also has no chance of becoming law, also can’t even get through its own chamber, and also represents a starting negotiating position — this time for the left, rather disappointing considering the participation of Republican senators in putting it together.

The country’s most anti-immigration voices such as Ann “In Trump We Trust” Coulter are furious with the president’s willingness to accept a path to citizenship for the Dreamers. Coulter has been tweeting furiously (in both senses of the word) that Trump’s position on this will devastate him politically.

People who share her views may be disappointed (or enraged) with Trump if he signs a bill that includes a way for 700,000 people who have only known the United States as home to, over a long period of time, gain citizenship (if they have not committed crimes while being here). However, the number of Americans who would be newly willing to consider voting Republican will offset the electoral protests of some immigration hard-liners.

Coulterites worry that allowing “Dreamers” to vote will give Democrats an enormous electoral advantage in future elections. But the total number of votes we are discussing is minuscule compared to the total electorate. Second, many Dreamers are already in California, New York, Illinois and other states that are already lost to the GOP, although Texas, Nevada and Arizona each have between 0.40% and 0.45% of their population represented by Dreamers.

But far most important, although unrecognized by Coulter and friends, is the likely electoral impact of not giving this path to citizenship.

That said, conservatives and the president are on the right side of the issues when it comes to chain migration and the visa lottery. It’s one thing to allow a citizen to bring a spouse or minor children to the United States (as long as they are not expected to become a burden on taxpayers); it’s something else to allow the importation of members of the extended family. Even to those of us who favor increased legal immigration, the chain migration system seems abusive to a welcoming America.

Similarly, a visa lottery cannot be expected to work in a nation’s interests, and certainly not as well as a merit-based immigration system. Republicans should portray those who want to maintain nearly unfettered chain migration and the lottery as extremists; the public will agree.

A deal with terms in between the House and Senate’s equally unacceptable proposals should be possible to achieve given the president’s express willingness to sign it and both parties’ fundamental political need for it. Trump’s Thursday outburst made cooperation and compromise much more difficult, but I suspect an agreement will be reached that includes a path to citizenship for Dreamers (but not for their parents), about $15 billion in funding for a border “wall,” and an end to extended-family chain migration and to the visa lottery.

If that happens, Republicans will be bigger political winners than Democrats — which is why you will see some Democrats scrambling to find a way to oppose a bill that includes their long-wished-for path to citizenship for Dreamers.

Speaking of the border wall, Donald Trump’s other interesting comment on Thursday was that he would try to make Mexico pay for it “indirectly” by renegotiating NAFTA and “tak(ing) a small percentage of that money and it’s going toward the wall.”

Putting aside the extreme difficulty of forcing Mexico to renegotiate a treaty that they know is already bringing massive benefits to the United States including supporting millions of jobs here, Trump’s rhetoric shows a misunderstanding of basic economics: The money that he wants might be collected by Mexico but its source would be American purchasers of products made in Mexico.

For example: American automobile manufacturers have set up parts production south of the border. An import tariff would raise the cost of those parts coming back to the American factory and therefore the price for every American buying a Ford or Dodge or many other “made in America” vehicles. In short, the trade-related money which Mexico could theoretically remit to the U.S. to “pay for the wall” must inevitably come from Americans. This will also put American-made cars at a competitive disadvantage to foreign cars, costing American jobs.

Furthermore, NAFTA supports thousands of (relatively) good-paying jobs in Mexico, reducing the desire for many Mexicans and their families to enter the United States. Therefore, the president’s antagonistic approach to NAFTA is in direct opposition to his goals regarding immigration, particularly illegal immigration.

Speaking of aggressively opposing illegal immigrants, former Maricopa County Sheriff Joe Arpaio announced on Tuesday that he is running for the U.S. Senate, hoping to win the seat being vacated by Sen. Jeff Flake. This is great news for the Republican Party, for Arizona, and for the country because it substantially raises the chances that Congresswoman Martha McSally, the first woman ever to fly a combat mission for the U.S. Air Force, will be the next senator from Arizona.

The unelectable 85-year-old Arpaio will split the vote of the MAGA wing of the GOP with Dr. Kelli Ward, leaving McSally a relatively easy path to the nomination, a fact that was not lost on her: Rep. McSally announced her candidacy on Friday. A poll last week showed McSally two points ahead of Arpaio and six points ahead of Ward for the GOP nomination — prior to McSally’s even entering the race. The poll also suggests that an endorsement by President Trump could help Arpaio substantially. It will be interesting to see if Trump is willing to endorse one of his earliest supporters (and a man he gave a presidential pardon to), or if he will want to avoid a repeat of his experience getting involved in the Alabama Senate race.

Arpaio has an instinctive appeal to immigration hawks and those who see him as a Trump-like opponent of political correctness. But “Sheriff Joe” lost his last election by a massive 10-point margin in a county that contains 62 percent of all of Arizona’s Republicans, a county that Donald Trump won on the same Election Day (albeit by the second-narrowest margin of any Republican presidential candidate since 1948). And while it’s better than having a conviction for contempt of court on your record, “Donald Trump pardoned me” is hardly a great campaign slogan.

The nomination of either Arpaio or Ward would hand the seat to the Democratic Congresswoman Kyrsten Sinema, that party’s clear frontrunner. Sinema is, by the standards of today’s Democratic Party, a moderate and it will require a strong Republican candidate to prevent Arizona from delivering a repeat of Alabama’s Senate election results. Martha McSally is the only Republican who can hold that seat for the GOP. Arpaio’s entry into the race makes McSally’s nomination far more likely.

Unfortunately, in a week in which President Trump gave Democrats and their media allies not just ammunition but howitzers to blast at him and at the Republican Party more broadly, Arizona provides precious little consolation.