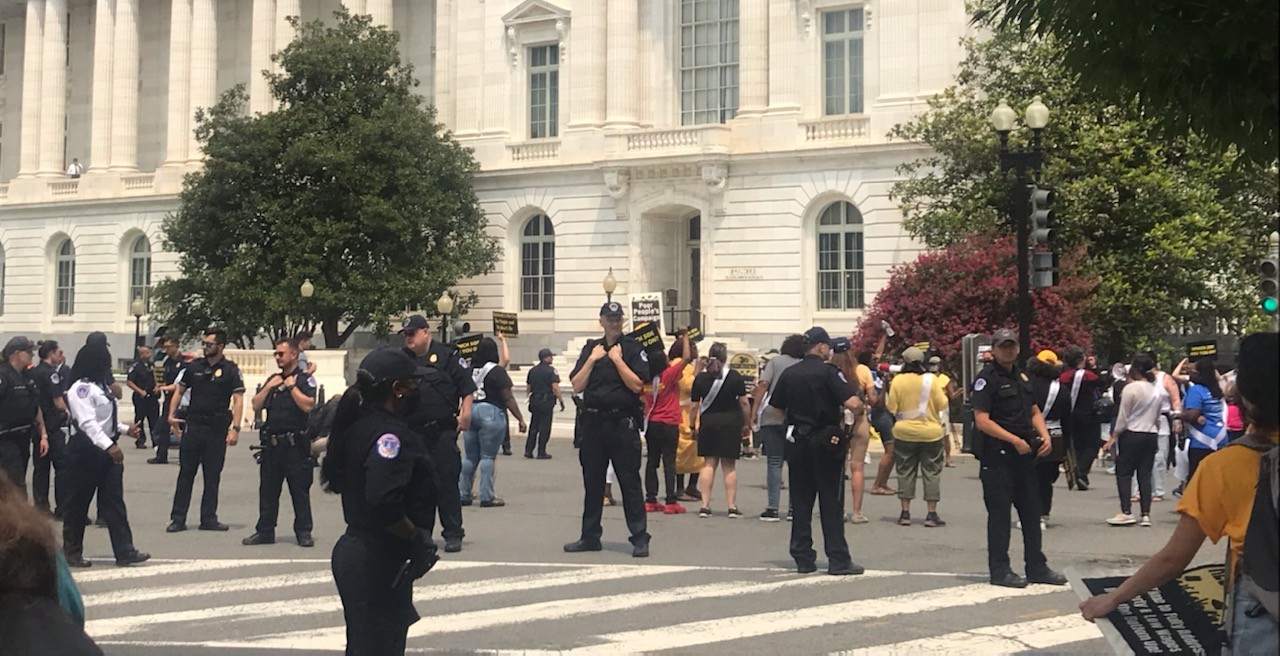 U.S. Capitol Police arrested multiple protesters this morning during the Women’s Moral Monday March in Washington, D.C., an event hosted by the Poor People’s Campaign to protest the filibuster, demand voting rights, and request a $15 per hour minimum wage.

“Hey hey, ho ho, the filibuster’s got to go,” protesters standing in front of the Russell and Dirksen Senate office buildings chanted. They continued, “If they don’t do it, shut it down. If we don’t get it, shut it down,” assumably referring to the Senate. 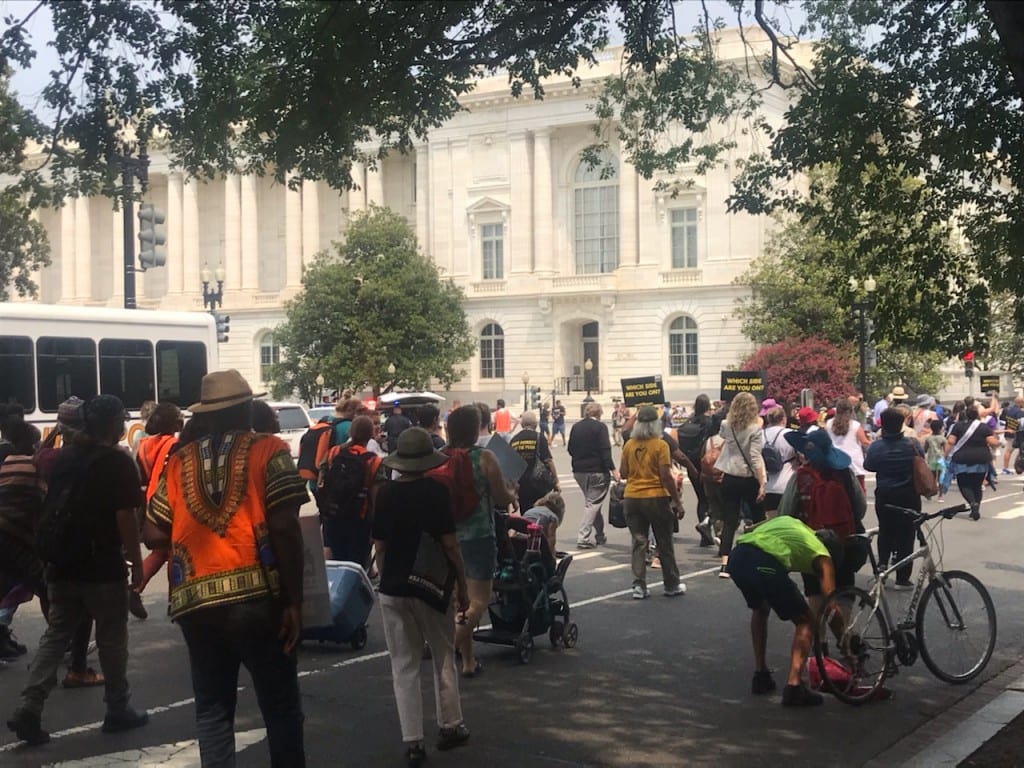 U.S. Capitol Police Captain Carneysha Mendoza took up a bullhorn to warn the protesters that the march was illegal and they would face arrest if they continued. “You are currently engaged in an illegal demonstration activity,” she said.

After Mendoza gave a third and final warning, police officers began advancing toward the crowd. While a large portion of the protesters moved from the street to the sidewalks to avoid arrest, a group of about 20 people remained in the streets.

The event was intentionally held on the anniversary of the 1848 Women’s Convention at Seneca Falls, New York, when 300 men and women gathered to demand female suffrage.

One woman told The American Spectator, “We are protesting because Congress is still holding up the Voting Rights Act, and we [want to change] the filibuster…. We are also protesting in support for laws changing the minimum wage to $15 an hour, and we are protesting against the military budget.”

“They’re all important,” she continued. “We can’t say any one of these is not important. I want Congress to know that they should do their job.” 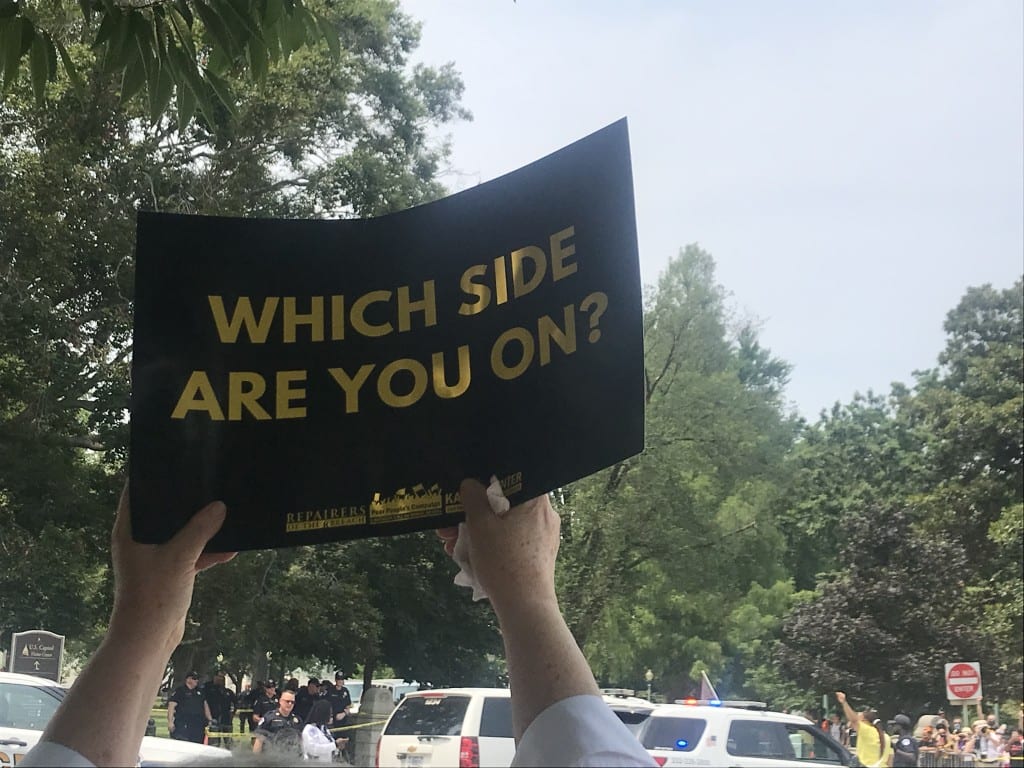 One man said that he was participating in “organized nonviolent civil disobedience” to challenge the Senate to pass voting rights legislation.

Another protester, Sister Sue Gallagher, was from the Catholic organization Sisters of Mercy. Their stated priorities include nonviolence, anti-racism, and solidarity with immigrants.

Gallagher told The American Spectator, “We’re demonstrating for justice. Especially around voting rights, which have been taken away since 1965. Fewer people have the right to vote than they did in 1965. That’s terrible. And we want poor people to get justice and $15 an hour.”

“The filibuster’s holding us back,” she said. “We’ve got to stop that.”

“This is what democracy looks like!” the crowd chanted as officers led women into squad cars. “It’s gone on far too long, and we won’t be silent anymore.” 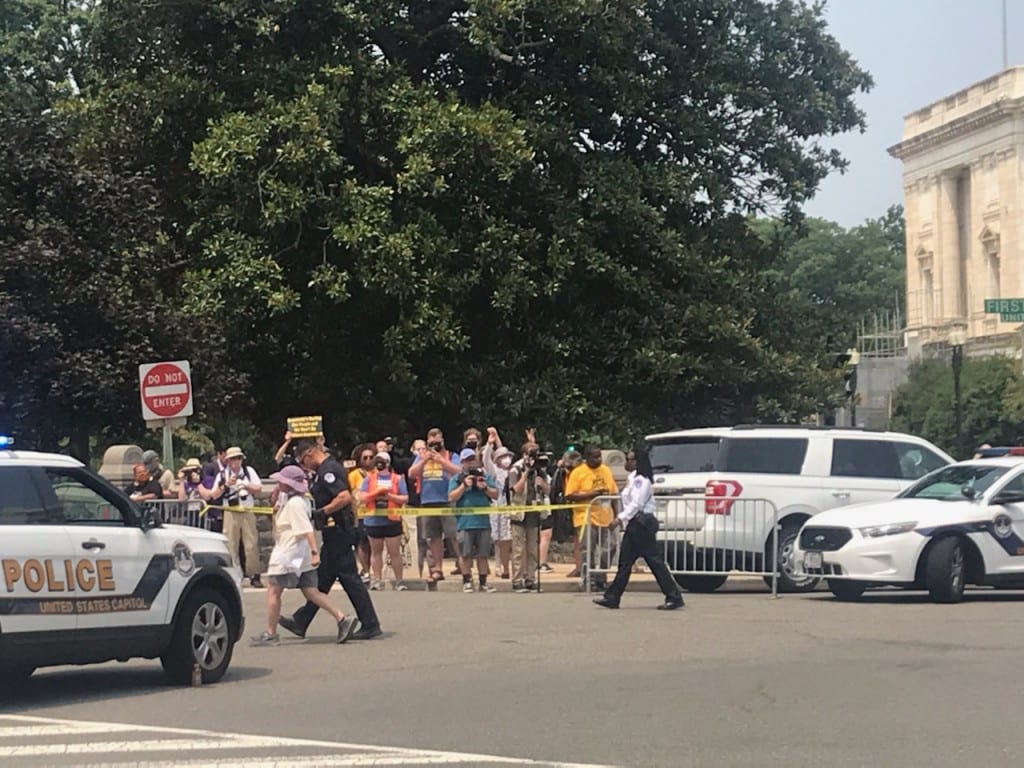