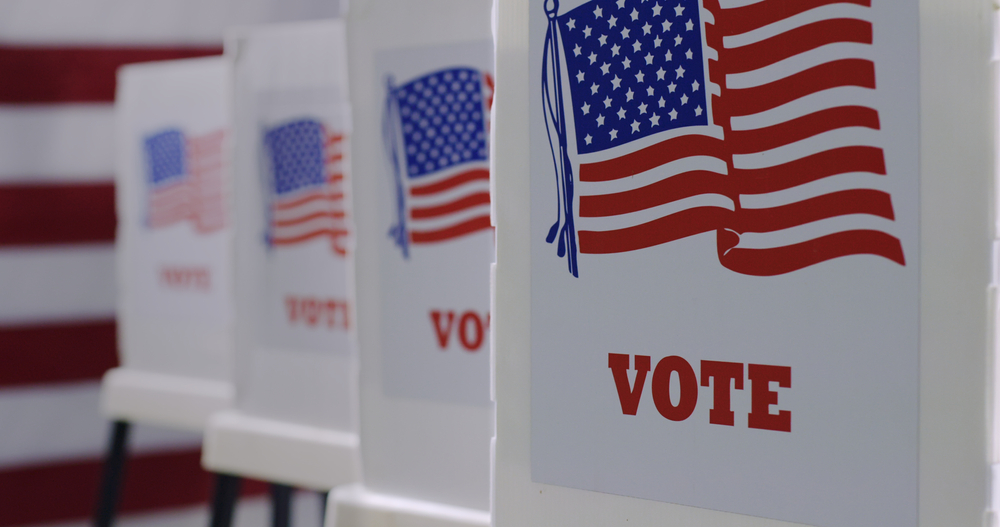 In the shadow of a national election that featured record-high voter turnout and record-low confidence in the process and outcome on the part of much of one side, both major political parties are pushing election “reform” measures. Their approaches couldn’t be more different.

One party is seeking a disciplined process with security procedures in place to ensure that only qualified voters vote and that all legitimate votes are counted quickly, honestly, accurately, and the results made public promptly. The other party is seeking a process that is as loosey-goosey as possible, leaving wide avenues for vote diddling and labeling any attempt by the other side to thwart election fraud as racist voter suppression. No points awarded for guessing which party is pursuing which approach.

HR 1, carrying the saccharine and misleading name of the “For the People Act” (cue the violins), passed the Democrat-controlled U.S. House Wednesday by a vote of 220-210, with all House Republicans opposing it and only one Democrat in opposition. The measure would make permanent the practice of sending unsolicited mail-in ballots to all and sundry, put an end to most voter ID requirements, mandate that felons except those currently jugged be allowed to vote, expand early voting, green-light ballot harvesting as well as online and same-day voter registration, and automatically register all residents to vote when they reach voting age, whether they have any interest in voting or not. The bill faces serious opposition in the Senate. As it should.

Congressman Jim Sarbanes of Maryland set the tone for Democrats on the bill with this statement: “The 2020 election underscored the need for comprehensive, structural democracy reform. Americans across the country were forced to overcome rampant voter suppression, gerrymandering and a torrent of special-interest dark money just to exercise their vote and their voice in our democracy.” No mention from Sarbanes on how dark he considers the millions coming the way of Democrat candidates from teachers unions.

Meanwhile in red states, reform takes on a distinctly different shape. The Republican-majority House in Georgia, which state is more purple now than red, passed a bill that would rein in the promiscuous use of mail-in ballots, shorten early voting time, limit the number of ballot drop boxes, and require counties to add staff, equipment, and polling places for precincts that have experienced long lines on Election Day. The bill “is designed to begin to bring back the confidence of our voters into our election system,” said bill sponsor Rep. Barry Fleming. The usual howls were heard from the other side.

In neighboring Florida, Republican Gov. Ron DeSantis has proposed a series of election reforms aimed at heading off problems experienced in other states, if not so much in Florida in 2020. His reforms would restrict vote-by-mail ballots to those who request them, tighten ballot signature verification procedures, restrict ballot harvesting procedures, and ensure reasonable access for poll watchers. DeSantis wants to emphasize in-person voting, all other forms being much more difficult to police.

With the memory of the November 2000 election train wreck receding, though not the lessons learned from it, Florida enjoyed a successful 2020 Election Day. With almost 72 percent of all eligible Florida voters participating, fully 99 percent of Florida’s votes were counted and reported by midnight Election Day with few irregularities reported. Florida’s good experience aside, the voting integrity and transparency issues these proposals address are exactly those that concern the millions of Americans who suspect the 2020 election did not shake out according to Hoyle. The measures are being considered by the Florida Legislature, which is in session now. Similar efforts are underway in states such as Arizona, Texas, and Pennsylvania where Republicans hold majorities in state legislatures.

The mantra from Democrats and the mainstream media (forgive the redundancy) is that election fraud does not exist, or takes place so infrequently and involving so few votes that it is a trifle not to be taken seriously. (They wouldn’t say this if they didn’t expect us to believe it.) Sort of reminds one, does it not, of the folks who used to say, “There’s no such thing as the mafia.” How did that one work out?

Your sheltered Aunt Eunice, or the more naïve among the clergy, might take comfort in these honeyed assurances that politicians and elections workers are pure as the driven snow and wouldn’t dream of stealing an election if the opportunity presented itself. But no one paying the slightest attention to the way political sausage is made takes these ridiculous assertions seriously. Of course election fraud exists. And the looser election rules become, the more fraud will take place. Not might take place — will take place.

We’ll likely never know how much fraud took place in the 2020 presidential election, though it’s a dead-bang certainty that there was some. There always is. Had all votes been counted honestly, had only qualified voters voted, and had no phony ballots been added to the mix across the states, would Donald Trump have received 270 or more electoral votes and been reelected? I’ve deep-dived though the numbers, especially those of Donald Trump’s percentage of the totals in big cities, and have concluded while this is possible it’s unlikely. But many honest and sober Americans believe the election was stolen, that our voting procedures are not sufficient to prevent election theft. In fact they aren’t sufficient, and need to be made so.

Confidence has to be restored in the election process, or there will be very dark days ahead. A democracy can’t function in the absence of this confidence. Some of the measures being considered in Florida and the other places I’ve named are good first steps in this restoration process. They’re not voter suppression. They’re not racist. They’re sound, prudent, and necessary to solve a very real and festering problem that America ignores at its peril. May they succeed.