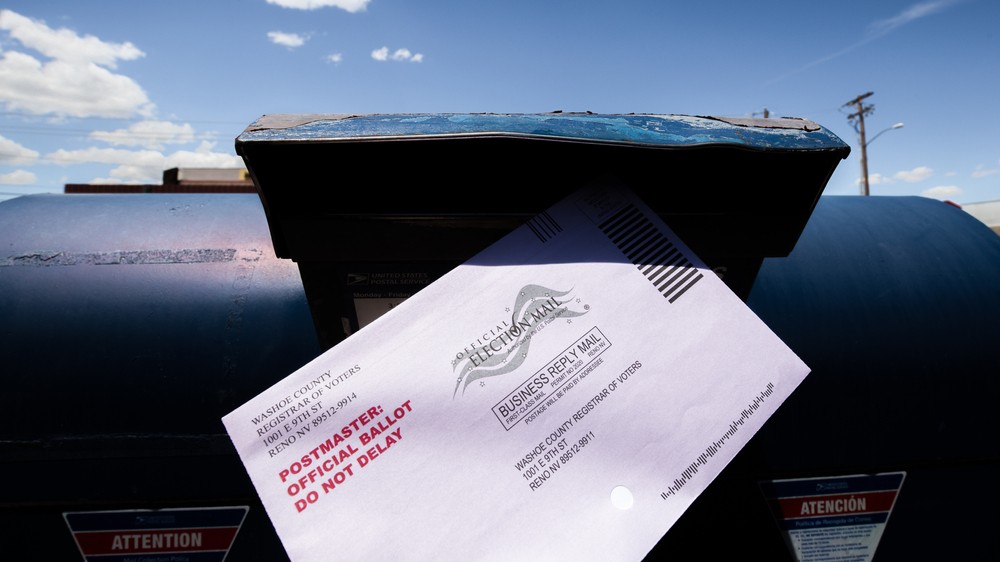 A month into a presidency that started with a contentious election, the House will soon begin consideration of election legislation that would do far-reaching damage to the integrity of America’s elections and Americans’ confidence in our government.

I’m not going to mince my words here. This legislation, the poorly named For the People Act, is an assault on free speech and representative government that could effectively silence half the country and lead us to one-party rule for generations. It would strip power away from the states to run their own election process. By forcing states to take on early voting, no-fault absentee balloting, and wide-sweeping voter registration changes, Congress would be wiping away years of hard work on the local level to ensure every eligible vote is counted and every eligible vote counts.

It’s no doubt that this legislation is a priority — Congress gave it pride of place with the bill number HR 1. And with it comes a public relations campaign of smearing any resistance and any work at the state level to crack down on loopholes and lax laws that erode election integrity as “taking away people’s votes.” But theirs is a misplaced priority because nothing takes away people’s votes like voter fraud.

States should enact common-sense reforms that make it easy for eligible voters to vote and strictly safeguard elections from those who aren’t eligible.

HR 1 removes or dilutes important security measures that protect voter registration and mail-in balloting, opening the floodgates for the very thing states have been fighting to stop — election fraud. Included in its provisions are requirements that states register 16-year-olds to vote, even if they won’t be 18 by Election Day, while simultaneously making it nearly impossible to stop them from voting because ordinary citizens will be restricted from challenging voter eligibility. States are also required to accept mail-in ballots up to 10 full days after the polls close. In some cases, the mail-in ballots wouldn’t even require a postmark, making ballot stuffing incredibly easy.

In addition to these mandates, states will no longer be able to implement voter ID laws, they will be prohibited from requiring more than a simple signature to verify someone’s eligibility to vote, and they will find it nearly impossible to conduct meaningful voter roll list maintenance required by the National Voter Registration Act (NVRA).

None of these provisions help disenfranchised groups access the right to vote. They merely create opportunities for fraudsters to outweigh the votes of the very people the Left claims to help. Each rule, prohibition, and requirement opens the door to new or worse fraud attempts. According to recent polling by the Foundation for Government Accountability, even most Democrat voters agree that hardworking Americans need fair elections that give them a fighting chance, not leave them on the sidelines.

I think we can all agree it should be easy to vote, but difficult to cheat.

There’s a bipartisan appetite for real election integrity reforms in the United States. The last few elections have led to growing doubts and concerns on both sides of the aisle regarding the security of our processes. A whopping 68 percent of voters support improving election integrity by closing loopholes in election laws that erode trust in the election process. This includes a majority of polled Democrats and Independents.

Issuing a decree from on high and having the federal government set the rules for how the states run their elections won’t assuage any of these doubts or concerns. It will make the situation far worse.

The answer lies on the local level, ensuring that every American — no matter where they live or their income level — has their voice heard. To do that, states should enact common-sense reforms that make it easy for eligible voters to vote and strictly safeguard elections from those who aren’t eligible.

States should start by codifying voter registration processes ahead of any potential HR 1 changes. Requiring voters to register at least 30 days before an election — or at least not on the same day as the election — helps election workers and state officials have ample time to verify the legitimacy of each registration application.

No state should be forced to expand absentee voting. For those that choose to, there are preventative measures that can be used to safeguard against mail-in ballots being cast illegally.

Requiring signatures on absentee ballots to be witnessed by a third party will help verify that voters are who they claim to be. Mail-in and absentee ballots should be allowed to be opened and validated beginning at least a week before the election so that counting can begin as soon as the polls close, and they should have to arrive by Election Day so that the count doesn’t drag on for days.

And to avoid pressure from third parties or the temptation to tamper with ballots, the only individuals who submit ballots on behalf of someone else should be members of their household — not political operatives or “members of the community.” This helps prevent ballot harvesting in places like nursing homes.

It wasn’t that long ago that Democrat policymakers claimed election integrity was their No. 1 issue. If they’re serious about protecting the right to vote, and for the rights of low-income communities who deserve to have their voices heard, real reform is non-negotiable. With HR 1 expected to make its way through Rules Committee as soon as this week, Democrats in Congress have a decision to make. Passing this bill would be an appalling abuse of their newly gained power.

Nick Stehle is the vice president of communications at the Foundation for Government Accountability.