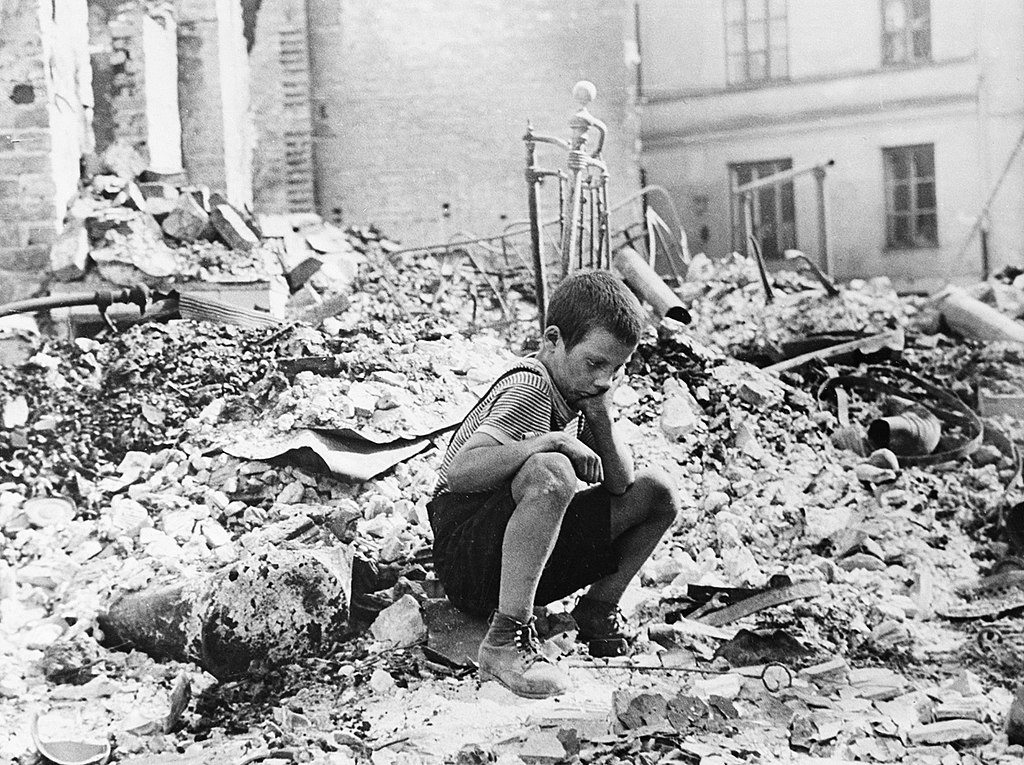 In a just world, the aggressors — principally Berlin and Rome in Europe — would reimburse their victims. However, the bill was far too high and the perpetrators had been reduced to penury. Moreover, the attempt to construct a victors’ peace with reparations after WWI ended particularly badly — with World War II.

Think the idea of reparations for slavery is loony? Imagine working back through history and sorting out who owes whom.

Most of Germany’s long list of military targets appear to have conceded the issue. France, Great Britain, Greece, Belgium, Netherlands, and Yugoslavia’s now many parts presumably would love to receive a big check from Berlin but haven’t pushed the issue.

Poland, however, stands alone. Warsaw has presented Germany with a bill for 1.3 trillion euros (a bit more than $1.3 trillion). The Berlin government was not amused and failed to do a Venmo transfer. So Arkadiusz Mularczyk, the Polish parliamentarian who heads a group working on the issue, acted like a bill collector scorned.

The issue is of “fundamental importance,” he declared. Bilateral relations would worsen without dialogue, he warned: “Now Germany has a choice: either it sits down at the negotiating table with Poland, or we will raise the issue in all international forums — in the UN, the Council of Europe and the European Union.”

Cynics suggested that Mularczyk is just playing the nationalism card for the illiberal nationalist government, in advance of a difficult legislative election expected next year. However, Poland suffered hugely during World War II and from the Soviet occupation and communist rule that followed. In fact, 1.3 trillion euros probably isn’t nearly enough compensation. But as President Jimmy Carter once allowed, the world is unfair. Wait until Russia and Ukraine put in for their share. And everyone else. Germany could never pay everyone.

And imagine turning the issue over to the UN, EU, and anyone else who wanted in on the action. Think the idea of reparations for slavery is loony? Imagine working back through history and sorting out who owes whom.

Italy was a full partner in World War II, with Hungary and Romania playing complicated roles. They should all be assessed for their conduct. And then there’s Japan. Tokyo’s war against America was the least of it. Japanese depredations in China and elsewhere in the region were horrific. Just about everyone in the Asia-Pacific region would be getting a check from the Bank of Japan.

However, the Soviet Union would have to be counted as a co-conspirator in the Hitler-Stalin pact. That agreement opened Poland up to attack from the east and west. That means Ukraine as well as Russia would be stuck with the bill. As well as the other nations that then were part of the Soviet Union. Indeed, dictator Joseph Stalin was from Georgia. For that, Tbilisi should pay a double penalty.

However, why stop at World War II? There’s also World War I. For that, Serbia deserves the greatest blame for lighting the fuse for the conflict. Serbian military intelligence trained and armed the assassin of the heir to the Austro-Hungarian throne, which set that terrible conflict in motion.

It’s important to not let recent events get disproportionate attention. France also deserves a big bill. From its revolution on through the Napoleonic dictatorship, Paris wreaked havoc from the Atlantic Ocean to Moscow. Millions died and countries were ravaged. Send President Emmanuel Macron the bill!

Belgium, Portugal, Spain, and Great Britain had global empires. Forget the image of uplifting the natives. Colonial administrations committed lots of injustices. Coming up with accurate figures won’t be easy, but the reparation invoices for Brussels, Lisbon, Madrid, and especially London are likely to be horrific.

Italy also is in real trouble and owes a lot. After all, the Roman Empire ravaged much of the world. Tunisia, the home of ancient Carthage, which was razed by Roman invaders, deserves a generous settlement. Britain, France, and Germany, too, suffered from Roman assaults. Also, the Israelites, whose capital, Jerusalem, was destroyed by Rome, deserve a payout.

Then there is Mongolia. Relatively small and underpopulated today, its forces reached the heart of Europe. Alas, Ulaanbaatar isn’t flush with cash these days. It had better start saving up for reparation payments! Maybe China would give it a loan, though Beijing also would have to pay. The Chinese Empire dominated its neighbors for centuries.

Sorting out Middle Eastern/North African empires might be even tougher. The Egyptians, Hittites, Babylonians, and Persians all did enormous damage to their neighbors. (This was the time when losers tended to end up dead or enslaved en masse.) Toss in the Macedonians — who the Greeks insist belonged to them, not the country that presently has “Macedonia” in its name.

Of course, history didn’t stop there. The Ottomans ruled for a time. The British helped oust them. At different times, nations as different as Iraq, Iran, Saudi Arabia, and the United Arab Emirates attacked their neighbors. And then there is the U.S., which has done far more than its share militarily in the region.

Indeed, one hates to imagine the charges facing America despite its relatively young life. Washington was the aggressor in the Mexican-American war and grabbed half of Mexico. The Spanish-American War allowed the U.S. to acquire Puerto Rico and the Philippines. Americans destroyed much of the Native American population. Washington routinely intervened throughout Latin America. American involvement in World War I was particularly stupid since the U.S. had little at stake and the conflict loosed communism, fascism, and Nazism, with catastrophic consequences.

During the Cold War, Washington intervened wildly throughout the Third World. Today’s Islamist regime in Iran originated from the 1953 coup backed by the U.S. The Korean War featured the U.S. rebuffing an invasion from North Korea, but it is much harder for Washington to justify the Vietnam War, so the U.S. should be prepared to pay. Add to that the cost of the post–9/11 conflicts — in which hundreds of thousands died — and Americans might wish they had kept the troops at home.

Although Africa remains out of sight and mind for most Americans, it has been the site of some hideous modern conflicts, perhaps the worst being the multi-sided invasion of the Democratic Republic of the Congo (formerly Zaire). Among the offenders were Rwanda and Uganda. By one estimate, 5.4 million dead — reparations won’t be cheap. There are a lot of bills to be sent.

Latin America hasn’t had a lot of wars recently. However, descendants of the victims of the Mayan, Incan, and Aztec Empires deserve recompense. Make Mexico, Peru, Bolivia, and Chile, among others, pay! There’s no rest for the weary when it comes to establishing historical justice.

Maybe, just maybe, the idea of reparations is a bad idea. Internationally as well as domestically. Attempting to fine-tune justice for history would turn the entire economy into a spoils system, with everyone paying everyone. That wouldn’t make for a peaceful America. Just as international reparations wouldn’t make for a peaceful world. The Poles have a valid historical beef against Germany. But reparations are not the way to solve it.