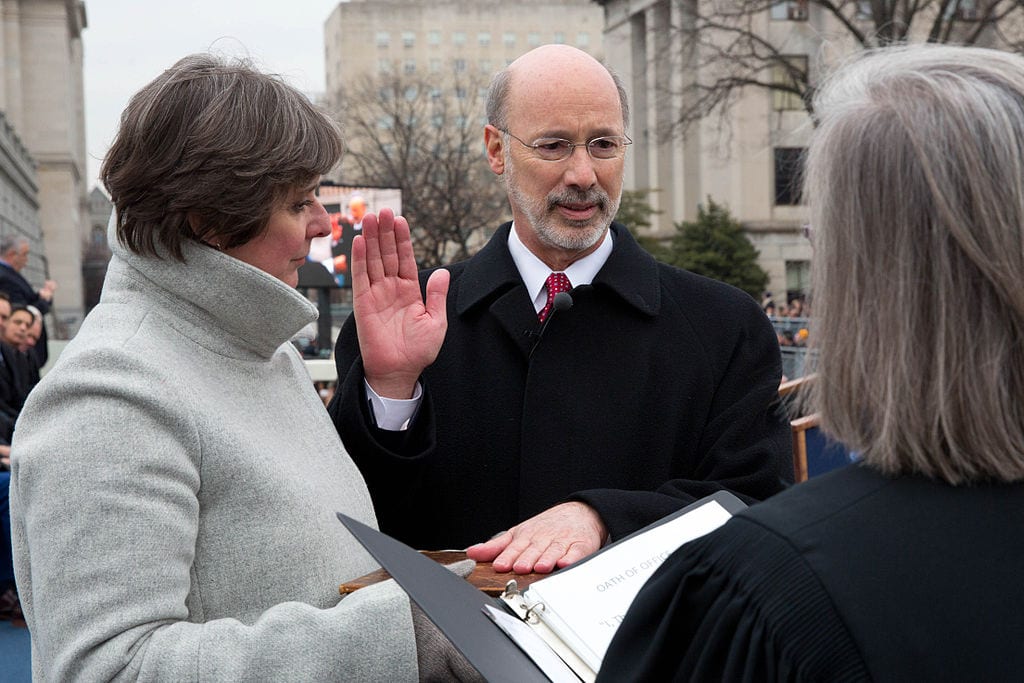 The impending implementation of Pennsylvania online gaming could prove the tipping point that kills the Restore America’s Wire Act (RAWA), say some experts.

In November, Gov. Tom Wolf signed into law a comprehensive gaming bill that allows not only online wagering in poker, casino and lottery games, but also wagers at airports, truck stops, and other facilities. The move is expected to generate more than $200 million in licensing fees to shore up Pennsylvania’s ailing budget, with hundreds of millions more in gaming tax revenue expected.

It could still be months before online gaming is a reality in Pennsylvania. The state’s gaming control board must still set regulations, and once those are put into place, the board will have a maximum of 90 days to review licenses once those are submitted.

Pennsylvania joins Delaware, New Jersey, and Nevada in offering either solely poker or both poker and traditional casino games like slots and blackjack. The Keystone State is the heaviest hitter yet in that field, with a population of nearly 13 million. That’s as many as the three other states offering internet wagers combined.

As Pennsylvania has debated entering into that market for the past several years, there has been movement by some lawmakers in Congress to pass RAWA, which would create a federal prohibition of online gaming and take away states’ rights to decide the issue for themselves. RAWA has been heavily pushed by casino magnate Sheldon Adelson, who owns the Sands Corporation and its two Las Vegas casinos Venetian and Palazzo.

Several members of Congress have written Attorney General Jeff Sessions or the Department of Justice to call for a federal ban. But Sessions recused himself from the online gaming issue after the Coalition to Stop Internet Gambling hired as a lobbyist Charles Cooper, a longtime Session friend and his lawyer in the investigation of possible Russian meddling in the 2016 election.

Steve Ruddock, a reporter and online gaming expert at Online Poker Report, recently told The 2+2 Poker podcast that he thinks RAWA is “dead and buried now.”

Ruddock also noted that four states have passed laws to authorize sports betting, although they are currently prohibited from implementing that legislation due to the Professional and Amateur Sports Protection Act, which blocks all states but Nevada from regulating bets made on the outcome of individual sports contests. There are another 17 states that offer some form of daily fantasy sports, he added.

“There’s a huge tidal wave of gaming and online gaming that’s going on… to roll that back now is not something that anyone could seriously consider,” Ruddock said.

He believes, too, that Pennsylvania entering the market could open up eyes in other major states like Illinois, Massachusetts, Michigan and New York. The Empire State is among the states that will consider similar legislation in 2018, and passage there would obviously be a huge boon for online gaming.

“There are a lot of other states that could say Pennsylvania is doing it now so maybe that’s something we could look into,” Ruddock told 2+2.

“With yet another large state relying on revenue from the activity, it’s hard to imagine members of Congress would stomach a measure that not only threatens this revenue, but also represents a huge intrusion on state sovereignty,” she wrote.

RAWA is based on the misguided opinion that the Interstate Wire Act of 1961, primarily designed to prohibit wagering on sports via telephone calls, applies to online gambling. Congress passed the Unlawful Internet Gambling Enforcement Act (UIGEA) in 2006, which put a halt to the booming growth of the online poker industry. But many argued that act had an inaccurate title, since there was no existing law to enforce, and the Obama administration agreed, with the Department of Justice ruling in 2011 that the Wire Act did not apply to online wagers other than sports.

UIGEA pushed online gaming further into the shadows, and some Americans moved to other countries so they could continue to play online poker. Minton notes that prohibition tends to force consumers into the black market, and many Americans lost their money when some of the foreign online operators pulled out of the U.S.

“In the case of online gambling, this would merely push players toward the offshore gambling websites, where they would be unprotected from criminals who are beyond the reach of U.S. authorities,” she wrote.

Online Poker Report pointed out last week that Americans can and will access various mobile and online betting options — whether poker, casinos, or sports — no matter if they are regulated or not. In short, prohibition doesn’t work.

“The only effect of not legalizing these things is keeping local gaming facilities and state coffers from benefiting,” wrote Dustin Gouker.

States have begun to give Americans the ability to play legal poker and casino games within the country’s borders, so Congress shouldn’t roll back states rights on the issue with a federal ban. Hopefully Pennsylvania’s impending entry into that virtual space will finally put the RAWA talk to rest.