by Itxu Díaz
The White House 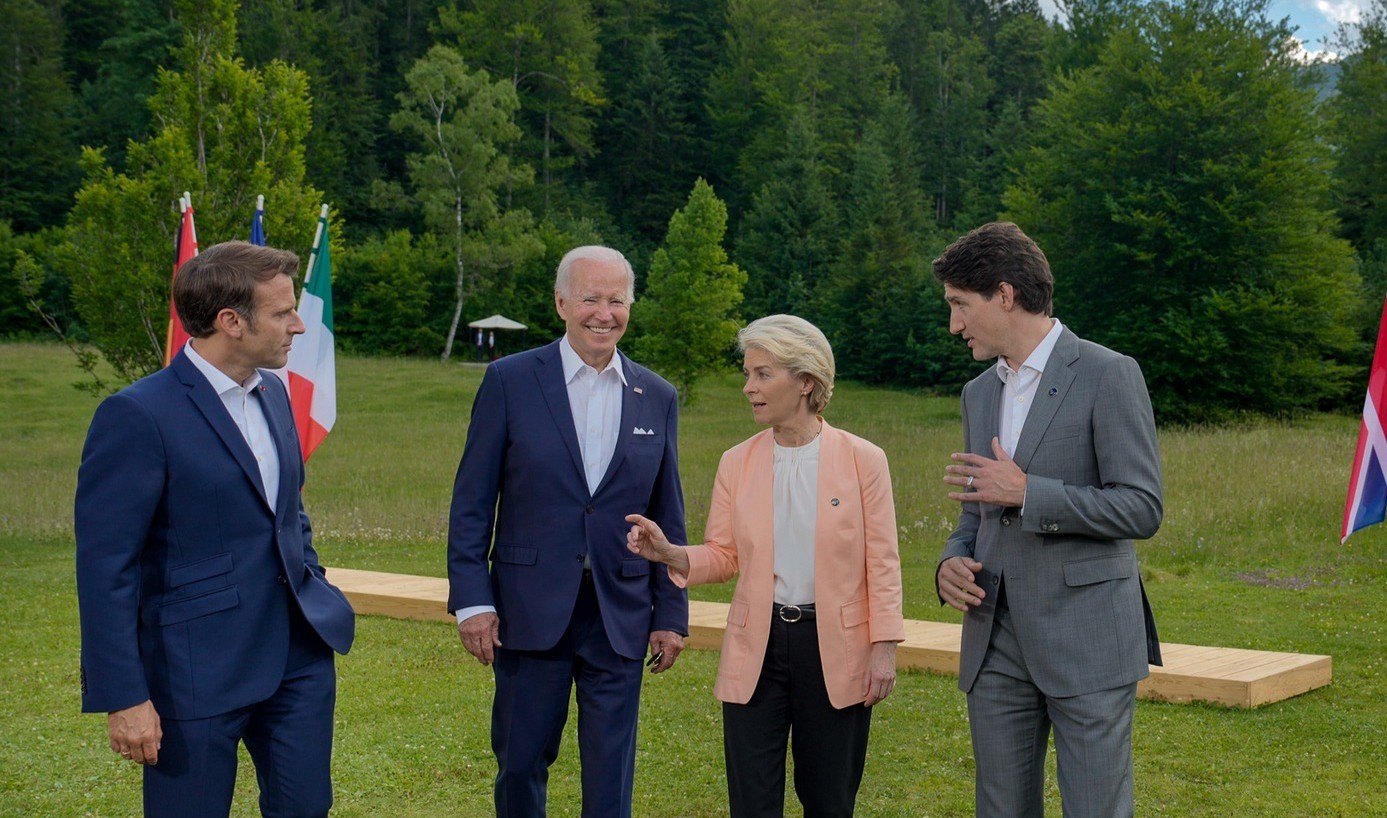 This week I’ve been with Joel — my flamboyant translator — drinking in Madrid night after night, committing misdemeanors while the police were busy with the NATO summit. From behind the tinted windows of a secret bar, the kind that seem to be in fashion and where you need a password to get in, watching gentlemen in suits from the various delegations pass by is like a constant reminder to be on the right side of the glass. While Joel and I toasted and winked at the blondes, all those oh-so-busy gentlemen strutted their importance, their pomp, and their institutionalism all through the center of Madrid.

Democracy was supposed to be the government of the people and all these gentlemen were supposed to represent us, but there is nothing more different from the average citizen than any of our “leaders.” Protected, encased inside their bubble of police security, the leaders of the free world talked about all things (does anyone actually care about what you talked about? Inflation is still skyrocketing, you fools) interesting and influential, but there comes a time in life when, faced with a choice between focusing on climate change or the furtive gaze of a brunette with green eyes, you’ll undoubtedly choose the Monica Belluci doppelgänger.

I do not intend to write the typical demagogic column about how distanced the governors have grown from the governed. A certain distance is to be expected. In fact, I’m glad. It is the reason I have not had to cross paths in Madrid with any of the pirates destroying the West. But government should also be close enough to be able to grab it by the lapels and throttle it. If not, it is not a government, nor a president, but an emperor. The atmosphere in Madrid was not that of a political summit but a summit of emperors.

It was nice to see Prime Minister Boris Johnson step away from the group to sample the beauty of the Museo del Prado’s collections on his own. The progressive press made a lot of jokes about it, but the truth is that their ideal leaders walked past the Meninas with the same indifference on their faces that I had a couple of nights ago after finding out that the green-eyed brunette was with her boyfriend. The guy told me that he was studying politics and would read my columns. I gave him my condolences for both and my sincere congratulations on his girlfriend.

Biden’s visit to Madrid was shrouded in honors. I watched his motorcade pass through the center of a dislodged and paralyzed city and at once felt the immense weight of the presidency of the United States through the absurdness of shutting down the capital city of a European nation just so these gentlemen can talk about silly little things like the climate emergency, sanctions on Russia but without upsetting Putin, and the importance of standing firm on gender policies. I mean, they might as well have just done a freaking Zoom meeting.

When all’s said and done, I do feel a little proud about the way Madrid and especially the Spanish police behaved. A summit without incidents or arrests, with the minimum inconvenience caused to citizens — even though the security deployment was scorching — and a good opportunity to show the world the undeniable virtues of my beloved country. I was walking up the Paseo de la Castellana the night before last, one of the main arteries of the city affected by the NATO summit, when a bunch of anonymous citizens who were being diverted by polite and hard-working policemen were clapping from their cars, whistling, and shouting “long live the national police,” acknowledging the officers for their effort and dedication.

And this shows that it is possible to have a perfect idiot as president, like Spain, and yet many Spaniards, in this case the police, manage to do things well, very well. May this give us hope when, listening to Biden’s dithering, we are flooded with doubts about the nation’s future. Fortunately, our political systems give our governments strength, but not the last word, as we have seen with the happy ending in the Roe v. Wade case.