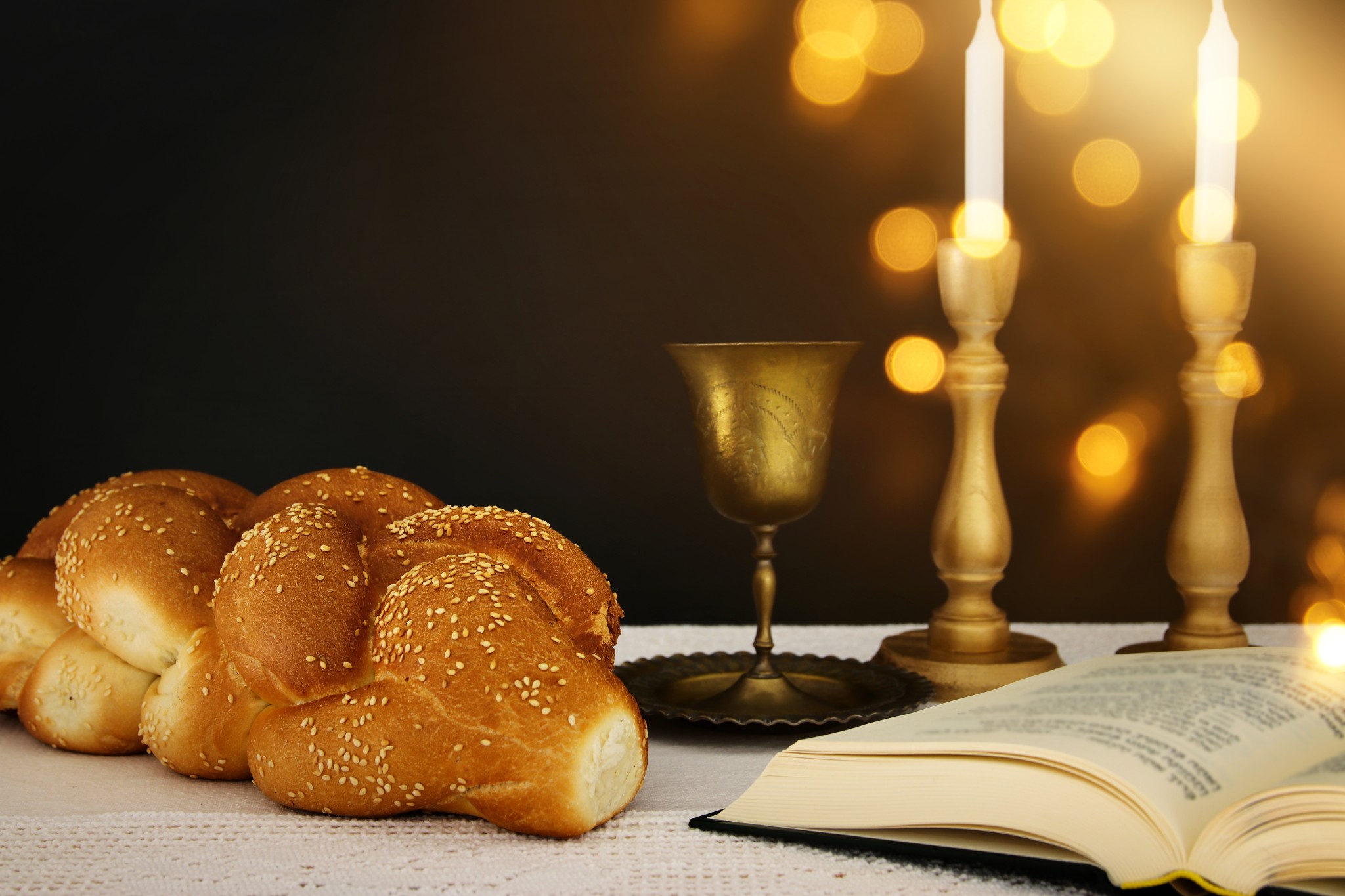 A week or so ago, some leftist organizations, nominally “Jewish,” held a demonstration advocating for abortion on demand. Surely, our First Amendment encourages people to rally, associate publicly, and state their positions unfettered. However, sharp criticism is demanded when such abortion-on-demand demonstrators falsely claim to represent a “Jewish” position. Sadly for them, Judaism’s actual position on abortion is the opposite of what they claim. Judaism absolutely forbids abortion on demand. There is not a single Orthodox rabbinic authority in 2,000 years of recorded Judaic jurisprudence who ever has even hinted at support for unrestricted abortion on demand. Happily for the woke demonstrators, 33-40 percent of Americans who claim to be Jewish actually are not Jewish to begin with. Therefore, most of them are not locked into a religion with which they disagree so fundamentally

The Torah teaches explicitly that a living baby’s identity and inclination take shape in the womb:

Yitzchak (Isaac) was forty years old when he took as his wife Rivkah (Rebecca), daughter of Betuel the Aramean of Paddan-Aram, sister of Lavan the Aramean. Yitzchak pleaded with the L-rd on behalf of his wife because she was barren, and the L-rd responded to his plea, and his wife Rivkah conceived. But the children struggled against each other in her womb, and she said, “If so, why do I exist?” She went to inquire of the L-rd. The L-rd said to her: “Two nations are in your womb; two separate peoples shall issue from your body. One people shall be mightier than the other, and the older shall serve the younger.”  When her time to give birth was at hand, there were twins in her womb. . Gen. 25:21-24.

In Jeremiah’s first prophecy, he states: “The word of the L-RD came to me: ‘Before I created you in the womb, I selected you. Before you were born, I consecrated you. I appointed you a prophet concerning the nations.'” (Jer. 1:4-5)

Every time a news item appears about “the Jewish position on abortion” or reporting “Rabbis Sign Statement Supporting Abortion,” look for the authentically Judaic, Orthodox voices. They are nowhere to be found among the Woke. Never. No religious Jewish voice from the Rabbinical Council of America, the Union of Orthodox Jewish Congregations of America, the National Council of Young Israel, the Rabbinical Alliance of America (Igud HaRabbonim), or Agudath Israel will sign onto abortion on demand because Judaism absolutely forbids it. There are approximately one million Orthodox Jews in America, congregating in hundreds of shuls (Orthodox synagogues), and the mass media black us out. Yet you may have seen us, some in everyday contemporary garb like Jared Kushner, Ivanka Trump, Sen. and former vice presidential candidate Joe Lieberman, and former Treasury Secretary Jack Lew. Others in Hasidic garb, marked by white shirts or blouses, black suits or modest skirts, and topped by men’s black fedoras or women’s hair coverings like wigs, scarves, or snoods. Black Hats Matter.

But what about “Our Bodies, Ourselves”? Isn’t that a Jewish position?

Of course not. Our bodies are given to us by G-d as repositories for our souls. He restricts their use. The Torah forbids Jews from tattooing their skin (Lev. 19:27-28). It forbids men from shaving their facial hair with razors. It forbids shaving sideburns. Even in death, Judaism forbids cremation. Our bodies are not exclusively ours. And the fetus in the womb is a separate life form that also must be protected. Only in the most extreme outlier cases, such as saving the mother’s life, does authentic Judaism reluctantly permit abortion.

Why does this authentic Orthodox Jewish message not appear in the mainstream media? For the same reason that so much else is blacked out, from Hunter Biden’s laptop to the truth about Charlottesville, Brett Kavanaugh, Michael Avenatti, and a “Trump-Putin conspiracy.” The Left media are liars. They falsify by publishing mendacity, and they likewise deceive by shutting out truth. Thus, the Coalition for Jewish Values, which numbers more than 2,000 Orthodox rabbis, never is quoted in the mainstream Left media on the abortion debate, though it is published in Fox News and in Newsweek. Nor is the 1,000-member Rabbinical Council of America. Nor the similarly sized Rabbinical Alliance of America. Nor the Union of Orthodox Jewish Congregations of America and the National Council of Young Israel, the two major bodies of American Orthodox synagogues. Instead, ABC, CBS, NBC, PBS, CNN, MSNBC, the New York Times, and the Washington Post race to quote the most leftist of “Jewish” organizations and Reform rabbis. Here is an example of Reform rabbis conducting prayers in their temple on one of the holiest days of the Jewish year, Rosh Hashanah.

How can an outside observer know assuredly whether someone is an authentically committed Jew? The hallmark is whether he or she observes the Shabbat — the Sabbath Day — according to its laws. Indeed, that observance is synonymous with “Orthodox Jew.” You can inquire “Are you Orthodox?” Or, for an even more accurate response, you would ask: “Are you a Shomer Shabbos (Ashkenazic pronunciation) / Shomer Shabbat (Sephardic), i.e., a scrupulous Sabbath observer)”?

So what exactly is an Orthodox Shabbat?

We Orthodox Jews set our electric lights before Sabbath — e.g., wall timers for overhead lights. We set our ovens before Sabbath to be on at a warming — but not a cooking — temperature throughout all Sabbath for warming the food we already have more fully cooked, baked, and fried before Sabbath — because we may not cook, bake, fry, etc. on the Sabbath day itself. The proscription against using electricity or electronics on Shabbat arises because electricity has many aspects comparable to fire: generates heat, light, consumes energy, even causes fire. The Torah says not to transmit or transfer fire on Sabbath (Exodus 35:3).

Once Sabbath begins, as the lady of the house kindles at least two Shabbat candles and recites a brief prayer, we do not turn lights on or off. Do not turn TV, radio — anything electric or electronic — on or off. No smartphone use. No texting. We do not answer the phone or playback voicemails. No desktop computers on or off. No typing, no writing. No email. No handling money. The Talmud enumerates 39 master forms of “labor,” not to be confused with exertion or “work,” as forbidden on Shabbat. Other prohibitions are derived from them. So there are lots of things we may not do on Shabbat. (READ MORE: The Campus Wars Against the Jews)

On one hand, the Orthodox Jewish Shabbat in the modern world may sound bleak: Seemingly, “you can’t do anything!” But, actually, we so much love it, and we wait all week for it. It is the best day of the year — every week. We devote the time to enjoying long meals — two hours, three hours — with friends at our home or at friends’ homes. During the meals, we sing various traditional Sabbath table songs. Here is my playlist.

We devote some time during Shabbat (three hours or so) to prayer, some time to reading and learning new things (primarily Judaic texts), and we typically nap mid-afternoon for an hour or two, although we don’t “have to.” We get to spend time with the kids as they grow up because they are home with us, dining with us at the table, and with their friends. That is, the family actually eats long meals around the table and has family discussions at least twice weekly without being disrupted by TV, homework, clothes washes, and more TV. We know what they are being taught at school. Usually, they are attending yeshiva — Jewish parochial school.

We play tons of board games with the kids on Shabbat during their growing-up years (e.g., ages 6 or 7 until 12 or 13). We begin with Candyland and Chutes and Ladders. Move to Clue, Taboo, Apples to Apples, and then inch upwards towards Risk and checkers and chess. By the time they hit ages 13 and 14, they want to spend that time with their friends more than with their parents. That is OK because that means they are growing up to be normal. But we still occasionally play more sophisticated board games at that age: perhaps Settlers of Catan and “Ticket to Ride.” My favorite is a murder-mystery Sherlock Holmes board game, 221 B Baker Street.

Even with all that time — a full day — “cut out” from my seven-day week, I still manage to publish my opinion columns, practice my synagogue rabbinic calling, practice or consult on matters of American law, teach law school, and participate in leadership roles at several organizations. Where and how do I find the time? I just watch less TV than others and stay focused, eagerly awaiting the next week’s Shabbat.

Dov Fischer
Follow Their Stories:
View More
Rabbi Dov Fischer, Esq., a high-stakes litigation attorney of more than twenty-five years and an adjunct professor of law of more than fifteen years, is rabbi of Young Israel of Orange County, California. His legal career has included serving as Chief Articles Editor of UCLA Law Review, clerking for the Hon. Danny J. Boggs in the United States Court of Appeals for the Sixth Circuit, and then litigating at three of America’s most prominent law firms: JonesDay, Akin Gump, and Baker & Hostetler. In his rabbinical career, Rabbi Fischer has served several terms on the Executive Committee of the Rabbinical Council of America, is Senior Rabbinic Fellow at the Coalition for Jewish Values, has been Vice President of Zionist Organization of America, and has served on regional boards of the American Jewish Committee, B’nai Brith Hillel, and several others. His writings on contemporary political issues have appeared over the years in the Wall Street Journal, the Los Angeles Times, the Jerusalem Post, National Review, American Greatness, The Weekly Standard, and in Jewish media in American and in Israel. A winner of an American Jurisprudence Award in Professional Legal Ethics, Rabbi Fischer also is the author of two books, including General Sharon’s War Against Time Magazine, which covered the Israeli General’s 1980s landmark libel suit.
Most Popular
1
Hither and Yon
CNN Wants You to Know That Recession Declarations Are Racist
by Scott McKay