by Ellie Gardey
The campus of the University of Notre Dame (Ken Wolter/Shutterstock.com) 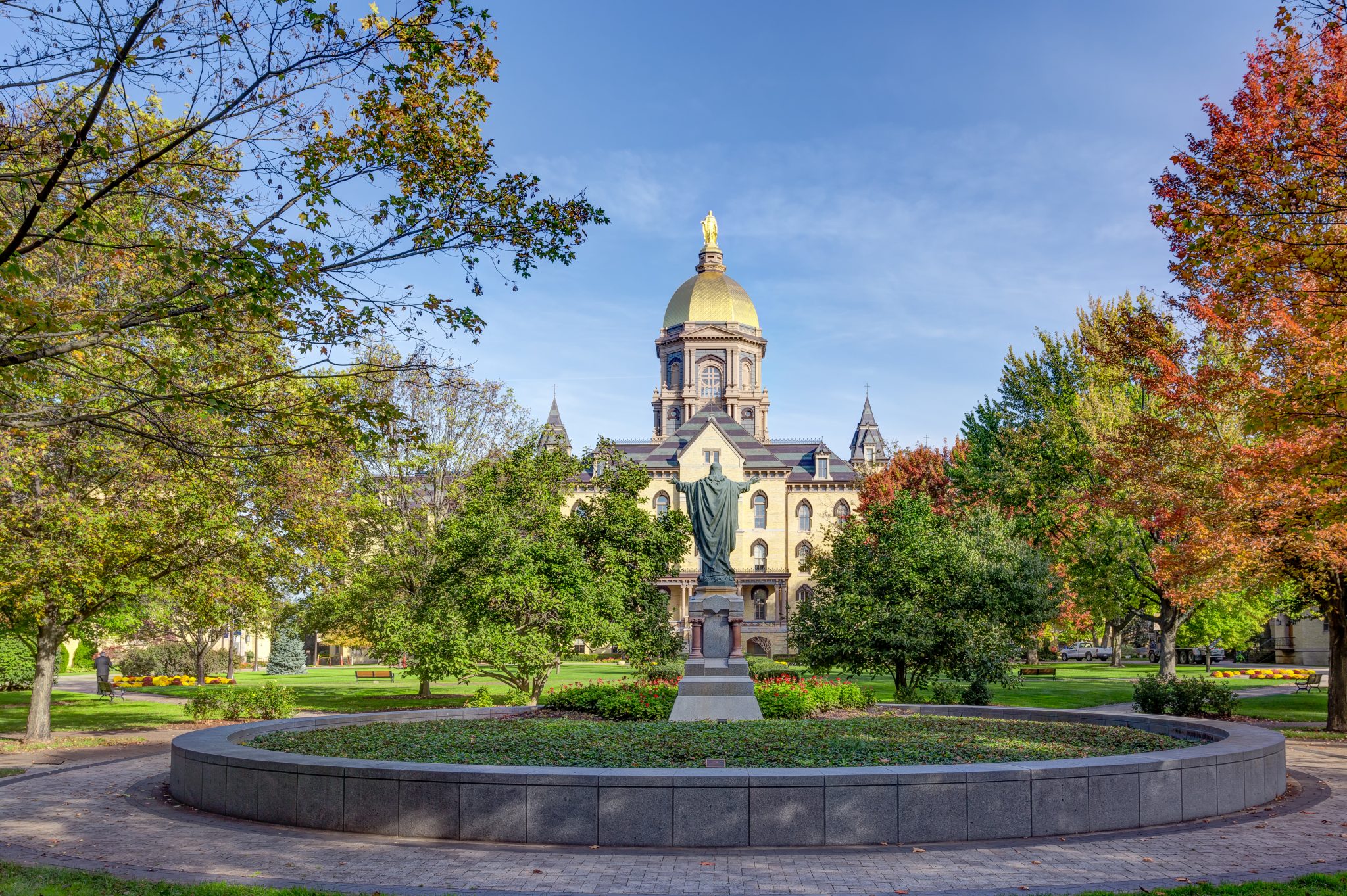 Outbreaks of the coronavirus have arisen at reopened colleges, prompting some schools to abandon reopening and others, like the University of Notre Dame, to forge on in the face of rapidly rising case numbers.

Eighty-nine coronavirus cases were reported in a single day on Tuesday at Notre Dame, which now has 222 total cases after just nine days of the fall semester. The president of the university, Rev. John Jenkins, delivered a live-streamed address to students on Tuesday to announce that classes would shift online for two weeks and all public spaces on campus would close. Jenkins said students could be sent home from campus if the outbreak is not contained.

“The virus is a formidable foe,” said Jenkins in his speech to students. “For the past week, it has been winning. Let us as the Fighting Irish join together to contain it.”

The University of North Carolina showed no such gumption when it recorded 135 cases within the first week of reopening its Chapel Hill campus. The university announced all classes at Chapel Hill would be online for the remainder of the semester and all students who are able should return home. With 0.59 percent of their student body infected, it was a move which came quickly, but it was also brought on by failures to prepare adequate spaces to quarantine and isolate students.

Colleges are discovering the bottleneck of outbreaks: parties. At Notre Dame, the administration said that the majority of cases are the result of two off-campus parties, which occurred on August 6 and August 9. They even said that contract tracing indicated the blame mainly rested on male senior students who live off-campus.

The Notre Dame administration seems certain that on-campus spread has largely been prevented by safety protocols. Jenkins said he decided to keep the school open based on county health officials’ confidence in the university’s safety measures coupled by contact tracing analysis showing the cause of the spread was off-campus. It is mostly the weak link in the plan — illicit parties — that needs to be addressed.

That could be a sign for elementary schools, middle schools, and high schools that reopening classes under safety protocols is safe. It’s also a sign to colleges that stopping the spread of the virus will hinge on preventing partying.

Princeton University, Michigan State University, and Columbia University have all announced in recent weeks the cancellation of plans to reopen, citing the resurgence of cases and deaths nationwide. Colleges that do plan to reopen are now in the minority. Only 37.5 percent of colleges now plan to have learning that is fully in person, primarily in person, or hybrid, according to the Chronicle of Higher Education.

But colleges should reopen, knowing now that they should place central importance on preventing parties. Banning the use of alcohol, instituting curfews, and adopting harsh disciplinary actions for hosting or attending parties would all be effective measures to stop partying for the sake of saving the semester. It’s worth it to preserve the academic mission of a university and avoid online learning — which my fellow classmates and I have found to be useless.

As a student at Notre Dame, I am very grateful that Father Jenkins is persevering (for now) even in the face of calls to shutter the university. I’m not alone, either. The student government of Notre Dame applauded Father Jenkins’ decision to remain open, saying that students have been “granted the opportunity to try anew as a community.” Students I know are desperate to stay on campus to avoid the dreaded online learning, understanding that COVID-19 only rarely results in hospitalization or deaths for young people.

Twenty-four percent of colleges have yet to decide whether to reopen or operate online for the fall semester, according to the Chronicle. Those colleges will be closely watching the experiment at Notre Dame to see if we can overcome the hurdle of a significant outbreak and tame the virus.