by Itxu Díaz
A scene from Disney’s “Rise Up, Sing Out” (Cream Studio/YouTube) 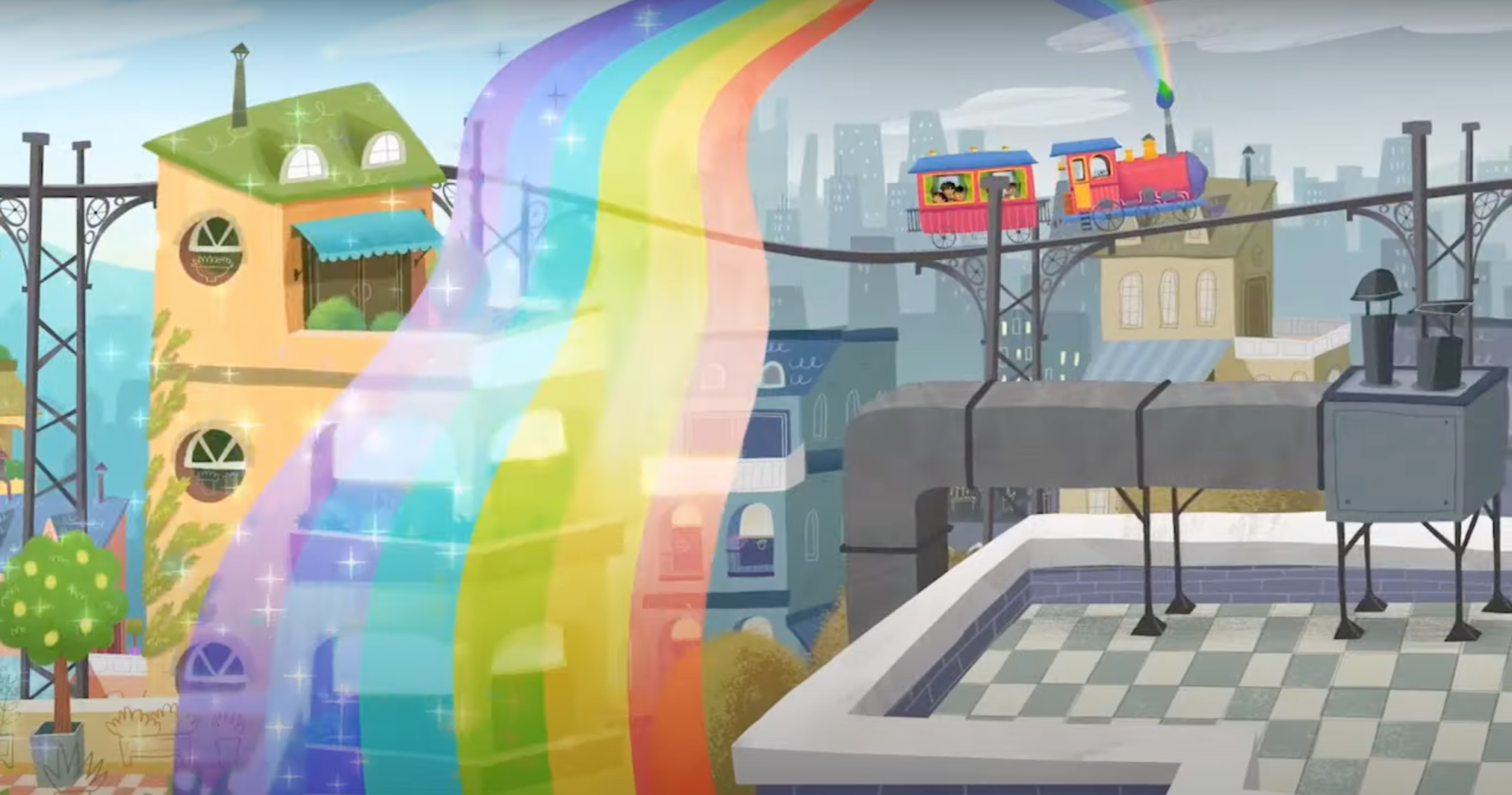 No matter what kind of attitude you adopt on the street, the way you dress, the speed you choose to drive at, or the words you use to address the shopkeeper, someone will be watching and forming a political opinion about you. We live in a time when even going to the supermarket to buy a chicken can become a heinous, militant ideological act, even if the chicken is not right-wing. From sports to social relations, everything is tainted by ideology.

Any practice that has not managed to transcend into some kind of political idea has fallen into historical disuse, and the resulting world is of such ideological intensity that we are left exhausted by the end of the day. I go to sleep and before I close my eyes, I think: ‘And how should I be doing this from a conservative point of view?’

Yes, we have gone crazy. Or rather, we’ve been driven crazy. By whom? Them. Because if there is another characteristic of contemporary ideological confrontation, it is the simplification of any problem to two sides: the good guys and the bad guys. I don’t care much for what in Europe they call centrism, which tries to dilute any moral dilemma into a grayscale, but I admit that dividing all reality into good and bad reminds me too much of the binary code used by machines. I don’t know about you, but I long for the time when life allowed us to choose between more than two positions.

I even miss the time when you didn’t have to get anxious going into a debate. When I started my career participating in talk shows in Spain, I was never afraid to admit to the presenter, “I don’t have the slightest opinion on this matter.” Which was not so much saying that I had no idea about the subject, which is likely, but rather that I didn’t give a monkey’s about the issue being raised. Now you might think that I was wrong in doing this because my job was to give an opinion, true, but I don’t know what could possibly have given you the impression that I make a habit of working.

I say all this because woke obsession has managed to muddy even the clear waters of children’s programming. Good God, we can no longer watch cartoons for pure amusement, they won’t let us rest our bad fascist-extreme-ultra-etc. conscience even during the earliest years of our lives, we can no longer laugh our heads off at Donald Duck without thinking that his clumsiness stigmatizes drakes, or discriminates against mallards, or promotes violent macho attitudes, or whatnot. They are completely crazy and, if no one stops this, they will end up driving us crazy.

I’m not going to go into the thick of the issue. Unfortunately, I don’t see anything really newsworthy in the leak in which executive producer for Disney Television Animation Latoya Raveneau proudly admits that she is implementing a gay agenda in Disney cartoons; it’s self-evident. But I do advocate the right to just have fun — give enjoyment a damn chance! I claim the right to laugh-out-loud comedies without ideology, to sports without a banner and message, and to the goddamn cartoons of my childhood, which allowed me to live for 10 years completely oblivious to the stinking, boring world of politics, eco-sustainable practices, transgender relationships, and the color of the skin of the animals that starred in them. (READ MORE: We Shouldn’t Look to Businesses to Affirm Truth)

To put it another way: it is horrible that Disney admits to implementing a gay agenda in its children’s programs, but what is really shocking and definitive is that Disney has an agenda in its children’s programs, whether it is gay, environmentalist, social democrat, pro-nuclear, or Russophobic. I was going to write that they don’t even respect children anymore, but how naive. What can you expect from those who have been normalizing the act of murdering them in the womb for decades? Soon Disney will also explain to the children that mommy duck — or daddy duck, who knows — is pregnant, that is, she has laid a damn egg, but that it is her free choice to take it to a duck clinic where a gentleman breaks it with a hammer to avoid having to put up with the chick afterward. I can already see Donald Duck stressing over the existence of a clinic in which a man hammers your eggs.

Before ruining a company that seemed impossible to ruin, these insane Disney executives should have read G. K. Chesterton, or anything at all really, and then put up a big neon sign over their headquarters, bearing the words of the old English writer: “That is the one eternal education: to be sure enough that something is true that you dare to tell it to a child.”