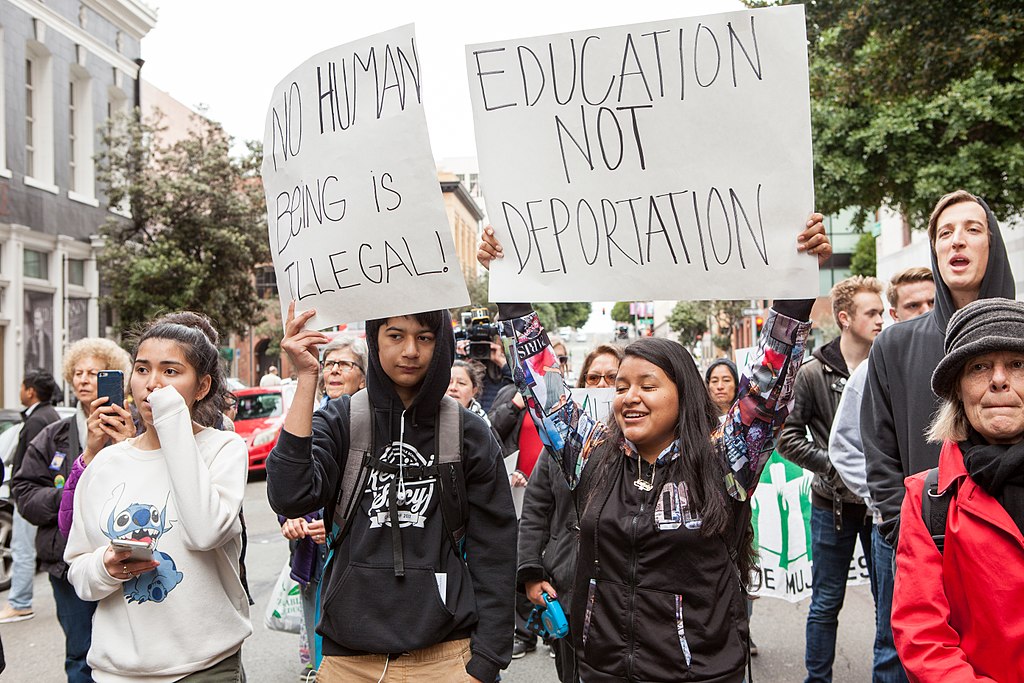 New York’s Governor Andrew Cuomo is threatening to sue the federal Immigration and Customs Enforcement agency (ICE) for its ongoing raids to detain illegal immigrants wanted for serious crimes like assault and rape. A staggering 80% of those apprehended in recent ICE raids in New York were either convicted criminals or charged with crimes. But Cuomo’s siding with criminals over crime victims. He’s playing politics. Faced with a challenge on his left flank from Sex and the City star and gubernatorial hopeful Cynthia Nixon, he’s desperate to prove his liberal bona fides. Public safety be damned.

The ambitious New York Governor is parroting Democrats across the nation who claim ICE should be abolished because it’s breaking apart families and peaceful communities. The facts prove otherwise. Eighty-eight percent of the illegals arrested in recent Los Angeles ICE raids and 81% arrested throughout California, according to the latest ICE data, had criminal convictions. These are bad guys. So when House Minority Leader Nancy Pelosi (D-CA) claims that “unjust and cruel” ICE raids “terrorize innocent immigrant families,” don’t buy it.

Cuomo’s making the same bogus claim. Last Thursday Cuomo denounced an ICE raid on an upstate farm looking for Marcial DeLeon-Aguilar, a three-time prior deportee convicted for felony aggravated assault. The governor complained that Aguilar’s children had to watch their father being pinned by officers to block his escape.

Nice try, Governor. What about families victimized by violent illegals?

Since January 2016, at least 25 Long Island youths have been executed by the MS-13 gang of Central American illegals. Some of the victims are left so mutilated they can hardly be identified. MS-13 beats the youngsters with baseball bats, puts plastic bags over their heads to suffocate them, and then slices off their noses, ears, and lips with machetes. No one read these victims their constitutional rights.

ICE’s Operation Matador targets MS-13 gang members. Yet Cuomo seems angrier at the ICE agents than at the MS-13 butchers.

Why the surge in visible, violent sweeps? ICE is forced to conduct sweeps out in the community because New York’s sanctuary laws are preventing the agency from taking custody of criminal aliens before they’re released from jail, like the agency used to do. As ICE’s Deputy Director Thomas Homan points out, these sanctuary policies are needlessly exposing New Yorkers to violence.

Cuomo’s mimicking California Democrats, who are in open rebellion against federal law enforcement. In February, Oakland Mayor Libby Schaaf issued a public alert about a planned ICE raid in her city before it took place, tipping off hundreds of wanted criminals to scatter. U.S. Attorney General Jeff Sessions said to Schaaf, “How dare you needlessly endanger the lives of law enforcement just to promote your radical open borders agenda?”

Political pandering is driving this agenda. An amazing 27% of California’s population are immigrants. Immigrants disproportionately favor big-government. California hasn’t elected a statewide Republican since 2006. New York is moving in the same direction, with 23% of its population foreign-born and Democrats gaining increasing control of state government.

Cuomo and other Democrats resist the federal crackdown on immigrant-related crime, and call for increased spending on after-school music and sports programs to provide an “alternative” to gang activity in immigrant communities. That’s nonsense. Brutes willing to torture and mutilate a human being with a machete will not be dissuaded by learning to play the flute.

Trump calls them “animals” who have turned peaceful neighborhoods “into bloodstained killing fields.” He’s got the right plan: “We will find you. We will arrest you. We will jail you. And we will deport you.”