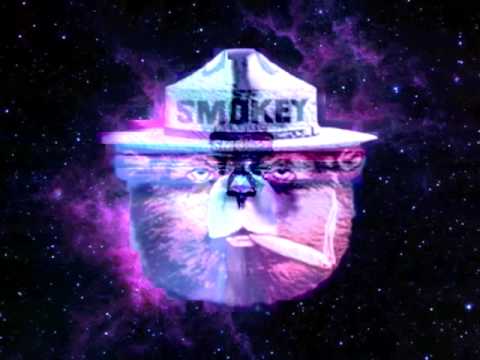 The other day I received a call from a former Catholic University of America student who recounted episodes of sexual harassment that he suffered at the hands of Monsignor Walter Rossi, the Gay Mafioso whom pederast Cardinal Theodore McCarrick appointed to run the Basilica of the National Shrine of the Immaculate Conception in 2005. Rossi succeeded another accused gay harasser, (then monsignor, later bishop) Michael Bransfield who is currently under investigation for preying upon men.

So in Rossi’s rise we see another case of gay predators promoting and protecting each other. Cardinal Donald Wuerl, one of the premier enablers of the Gay Mafia, naturally approved of McCarrick’s choice and has emboldened Rossi in his appalling directorship of the Basilica. Rossi, I learned recently, keeps a gay love nest in Fort Lauderdale, according to a source close to the bishops. “He shares a posh condo on the beach in Fort Lauderdale with a priest from Scranton,” this source said. Sure enough, that checks out if you type Walter Rossi’s name into Fort Lauderdale’s property records.

Listed as living at 3750 Galt Ocean Drive in Fort Lauderdale, Florida are “Walter R. Rossi” and “Andrew Hvozdovic.” Google the latter’s name and an Andrew Hvozdovic pops up as a pastor at a Catholic parish in the diocese of Scranton.

The mailing address for the owners is: “2305 Queens Chapel Rd Hyattsville MD 20782.” That address corresponds to the mansion, close to Wuerl’s chancery, where Rossi lives when he is working at the Basilica. I’m told Rossi lives at the mansion with other senior staffers from the Basilica.

Rossi drives from the mansion to his cordoned off parking spot at the Basilica in a fancy Lexus. He is notorious for “ruling by fear,” as one archdiocesan source put it. “He is the meanest, most un-Christian person I have ever met in my life.” Where other bosses might commit random acts of kindness, Rossi is famous for his random acts of meanness, popping into offices to berate staffers for minor offenses. He is particularly exacting with respect to the Basilica’s floral arrangements. “He won’t let anyone touch his flowers,” says the archdiocesan source.

“Rossi had an affair with Matthew Riedlinger,” says a Church insider. “Riedlinger was an Ohio seminarian whom Rossi got moved to the diocese of Trenton. Rossi leaned on McCarrick to move his lover there.” But around 2013 Riedlinger got into trouble for attempting to sext underage children during a sting operation, which had been organized by a Catholic University graduate angry at Riedlinger’s sexual advances upon him. The New Jersey Star-Ledger reported on the scandal: “[Riedlinger] is a priest of the Diocese of Trenton, and while exchanging more than 1,200 text messages over four weeks last year, he thought he was talking to a 16-year-old boy.”

“Riedlinger since then has left the priesthood and married some dude,” says the insider. “But Rossi tried to protect him.” Rossi, according to this source, got Trenton Bishop David O’Connell to try and cover up Riedlinger’s scandal. O’Connell, a former president of Catholic University, “comes out of the gay cesspool at Catholic U and would do whatever Rossi and McCarrick wanted,” says this source.

According to the Star-Ledger, “for more than a year, O’Connell refused to tell parishioners at [Riedlinger’s parish]” why the priest had left. When O’Connell did finally fess up to the reason for Riedlinger’s absence, he shaded the full scandal of it, failing to note that the wayward priest intended to sext an underage male.

Due to technicalities, New Jersey prosecutors never brought a case against Riedlinger. Before he left the priesthood, Riedlinger briefly hopped back on the American Church’s Ferris wheel of degeneracy, serving as an assistant to retired Trenton bishop John M. Smith.

“Riedlinger used to brag about his sexual relationship with Rossi,” recalled a DC source. The Star-Ledger hints at that relationship by noting an allegation from the sting’s organizers, that Riedlinger was introduced to his prey by Rossi: The men said “they met Riedlinger, a Catholic University graduate who was approaching ordination, through the shrine’s rector, Monsignor Walter Rossi.”

I’m told that Rossi, despite all of this jaw-dropping squalor, despite his status as a Mafioso for the criminal rapist McCarrick and the disgraced Donald Wuerl, is still hoping that Pope Francis will make him a bishop. Down in Fort Lauderdale, at his luxury pad in the “Regency Tower” on the Galt Ocean Mile, built according to local legend by the Florida mafia (Joe P. Taravella), Rossi no doubt dreams about occupying a bishop’s palace, perhaps even Wuerl’s Embassy Row Penthouse. Anything, after all, is possible in a staggeringly dysfunctional Church hijacked by the Gay Mafia — and by a pope whose defense of his appointment of the scandal-plagued homosexual Monsignor Battista Ricca to the head of the Vatican bank was the shameless relativism, “Who am I to judge?”