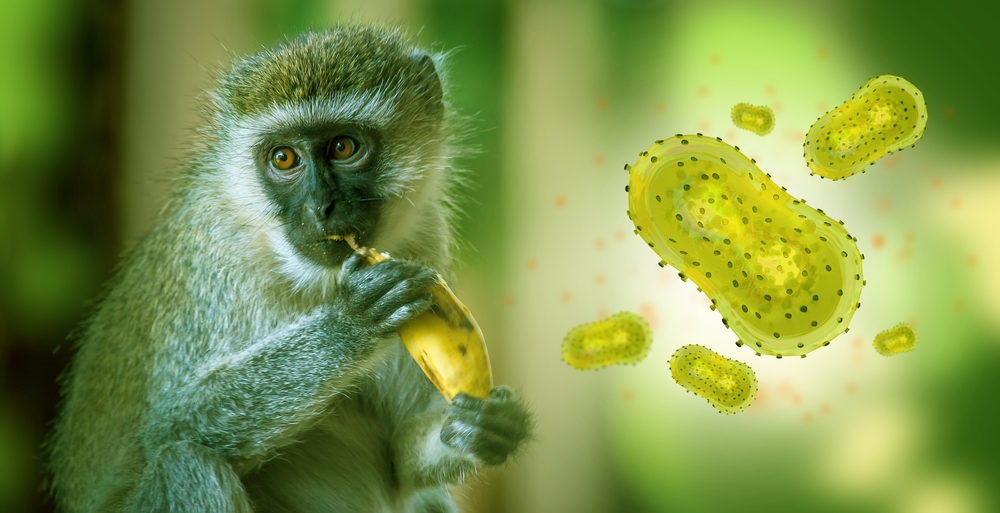 Is monkeypox our new worldwide hysteria, what with the public getting a bit tired of COVID?

Ask the British tourist who, according to news reports, was placed inside a sealed capsule on a Greek island and then put aboard a large military-style Chinook helicopter for transportation to an Athens hospital “over fears” he may have the disease.

And while it’s not exactly yelling “Fire!” in a crowded theater, a Vox headline demands, “Stop scolding people for worrying about monkeypox,” thereby preemptively scolding us for scolding. Don’t think too hard about that.

But it may not be the hysterical aspect of monkeypox that’s the real problem with how it’s being portrayed. Or perhaps “exploited” is the better term.

Fact is, last week the WHO declined to declare monkeypox a public health emergency of international concern. That would grant the WHO director-general certain powers, such as the ability to recommend how countries should respond. Presumably he would love that power, but neither does he want to lose credibility with a premature announcement.

What is this curiously named beast? Says the Centers for Disease Control and Prevention:

Monkeypox was first discovered in 1958 when two outbreaks of a pox-like disease occurred in colonies of monkeys kept for research. Despite being named “monkeypox”, the source of the disease remains unknown. However, African rodents and non-human primates (like monkeys) may harbor the virus and infect people.

It’s definitely on the upswing from previous years, both in terms of the overall number of cases and the total number of countries with said cases — although this is surely influenced by awareness and testing that heretofore didn’t occur. At time of publication, there are about 8,238 cases reported in 57 different countries. Britain by far leads the way, with 1,552 compared to about half that number in the U.S. There have been 72 deaths reported, but all in sub-Saharan Africa where health care, in technical terms, really sucks.

NPR claims the number is most likely far greater, but, if so, it’s because the symptoms are mild and there’s no purpose to widespread testing.

Monkeypox is indeed in the same “family” as the dreaded smallpox, but the most common form of that disease (believed eradicated since 1980) killed almost a third of those who contracted it, and even survivors were marked for life, with between 65–80 percent suffering from pitted scars (pockmarks) — most prominently located on the face. Photos make you want to cry. It wiped out whole tribes of indigenous people with no previous exposure, inflicting vastly more damage than Spanish conquistadors or the U.S. Army.

“The first human case of monkeypox was recorded in 1970,” reports the CDC. “Since then, monkeypox has been reported in people in several … central and western African countries.” It likely has been transmitted by human-to-human contact. Continues the CDC, “Prior to the 2022 outbreak, nearly all monkeypox cases in people outside of Africa were linked to international travel to countries where the disease commonly occurs, or through imported animals.”

The WHO puts the death rate in recent years at “around 3–6%,” but that’s from poor countries with consequently poorer early identification of cases and treatment thereof. No deaths have been reported during the current outbreak over the past year, which for the mathematically challenged is a mortality rate of 0 percent.

Furthermore, smallpox vaccines are highly effective against its weaker cousin (apparently around 85 percent), and newer vaccines have been developed, of which one has been approved for prevention of monkeypox. But don’t expect to get one at your corner drugstore, because frankly the disease is very hard to transmit. According to the CDC: “Monkeypox is rare and does not spread easily between people without close contact. The threat of monkeypox to the general U.S. population remains low.”

Which Americans are getting it, and how are they doing so?

“It’s not clear,” says the agency, “but early data suggest that gay, bisexual, and other men who have sex with men make up a high number of cases.” It adds, “However, anyone who has been in close contact with someone who has monkeypox is at risk.”

Yet this is the same CDC that elsewhere provides advice for avoiding infection, including:

Is that for anyone? No, it’s for gays. But that’s not woke to say.

Meanwhile, states the WHO:

We have seen messages stigmatizing certain groups of people around this outbreak of monkeypox. We want to make it very clear that this is not right. First of all, anyone who has close physical contact of any kind with someone who has monkeypox is at risk, regardless of who they are, what they do, who they choose to have sex with or any other factor. Secondly, stigmatizing people because of an illness or a disease is unacceptable.

Right, gay men. As such, we are reminded of the efforts to democratize AIDS, as documented in my 1990 book The Myth of Heterosexual AIDS. The more it became clear the disease was almost exclusively the domain of gay men and intravenous drug users, the harder the media and many in the public health community worked to convince us otherwise. That included headlines like “The Disease of Them Is Suddenly the Disease of Us,” and “AIDS Is an Equal Opportunity Destroyer.”

Yet, while it’s been argued that monkeypox is a sexually transmitted disease, that’s not true.

By definition, an STD or STI is exclusively — or almost exclusively — transmitted during sex. There are exceptions, such as syphilis, but overwhelmingly syphilis is still transmitted during sex or in the birth canal. In contrast, monkeypox is a disease of close contact, more like the Ebola virus. It’s no more sexually transmitted than colds or flu or COVID or whatever. When you’re face to face and skin to skin with someone and perhaps kissing, you have the possibility of transmitting a lot of things, including anything airborne.

Ebola can be spread through sweat, but only lots of sweat and almost entirely when the transmitting person is far advanced or even dead. There’s no evidence a simple handshake can spread it. Nor that monkeypox is spread that way. So, no reason to bring back the obnoxious elbow-taps of COVID.

Meanwhile, the current issue of the world’s most prominent science journal, Nature, makes the case for democratizing monkeypox in geographic terms. “Although he is frustrated by monkeypox having been largely ignored by Western nations until now,” it says of one Nigerian doctor, he “worries that the current global outbreaks still won’t improve the situation for Africa.”

Yet in the overall scale of disease mortality, monkeypox, even in Africa, is very small bananas. The article says that, from 2009-2019, there have been 85 confirmed African cases, with about 19,000 suspected. Cases, not deaths. Yet each year, over 400,000 sub-Saharan Africans die of malaria, and 400,000 more succumb from TB, which has increasingly become drug resistant. HIV/AIDS kills even more, even though drugs are readily available both as prophylaxis and as antiretroviral therapy (ART), which keeps those with HIV from progressing to full-blown disease, and diarrhea kills even more people — with most of the victims small children. (READ MORE: Let’s Not Monkey Around With Monkeypox)

We’re seeing yet another attempt at making a fairly specific pathogen into something for all of us — as indeed has been the case with COVID, in which virtually everyone who has died had at least one comorbidity and probably several. An Italian analysis found the median age of death was actually older than U.S. life expectancy! (In no small part, this is because if one of those comorbidities is the proximate cause of death but there was a positive COVID test, it was assigned to COVID. Literally even with accidents and homicides.)

The purpose of the science called “epidemiology” is to track diseases in order to deal with them, in whatever manner appropriate and available. Dr. John Snow is considered the father of epidemiology because, during a particularly bad outbreak of deadly cholera in London in 1854, he used a map of cases and traced the epicenter to a single pump on Broad Street. He removed the handle, and suddenly cases plummeted. In the woke epidemiology of today, we would be obligated to remove all the handles or none of the handles.

We need to learn what I cautioned against so many years ago: Diseases are rarely “democratic.” Effective disease control depends on realizing this and aiming efforts at those most at risk, while paying less attention to those least at risk. Yes, as a male I would refuse to get a pap smear regardless of WHO or CDC admonishments.

To this day, AIDS gets overwhelmingly disproportionate U.S. government research funding despite the aforementioned drugs. COVID, likewise, is soaking up resources that might be better used for other threats. I don’t see monkeypox as likely to do that. But if not, it may not be for want of trying.

Michael Fumento (www.fumento.com) has been an attorney, author, and science journalist for over 35 years, with much of his work dedicated to epidemic hysteria. His work has appeared in the New York Times, the Washington Post, the Sunday Times, the Atlantic, and many other fora.