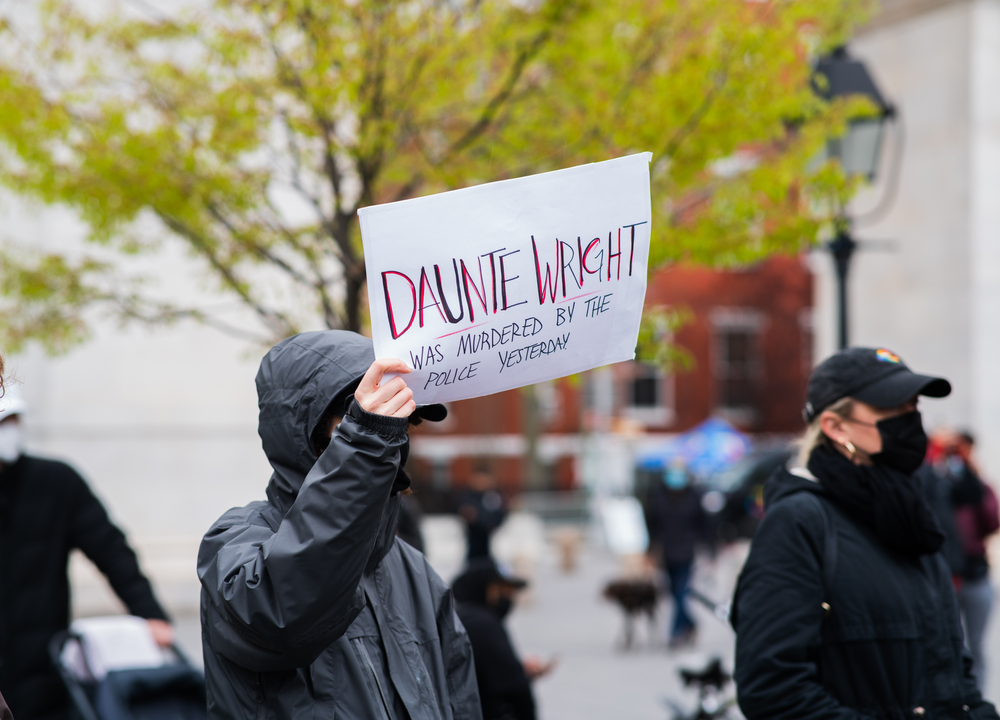 The Democratic Socialists of America (DSA) bills itself “the largest socialist organization in the United States,” which indeed it is. If you think that means it focuses primarily on, say, wealth redistribution, well, you don’t know modern socialists. A gander at the DSA website on any given day reveals a panoply of left-wing causes. Currently, they range from the Green New Deal and “Ecosocialism” to “Justice for Trans People” and justice for Daunte Wright.

The reference to Wright, of course, was newly added this week after the awful accidental shooting of Wright by a member of the Brooklyn Center Police Department in Minnesota. The officer immediately resigned after nearly 30 years on the force and was swiftly arrested for second-degree manslaughter. The DSA responded to the shooting predictably: with renewed calls for defunding the police, which has been its vocal position since the death of George Floyd. And yet, their new April 12 statement regarding Daunte Wright ratchets up the rhetoric to a new level:

Not even a whole year after the public execution of George Floyd, the Brooklyn Center Police Department has murdered a Black man: Daunte Wright. The murder of Daunte occurring during the trial of the police officer who murdered George Floyd showcases how deeply entrenched this cycle of violence is not only in the Twin Cities area but across the country….

We know police violence is not incidental to the capitalist system, it is inherent to its operation, not only here but across the world. As we continue the fight for the world we deserve, we recognize that the police will always side with capital and wield their violence especially against Black people and all working-class people to protect those in power. Nothing short of the demilitarization, defunding, and dismantling of this system will lead to liberation.

We will continue to fight for a world where Black people can breathe freely, where people are given the space to grow old and with dignity, where communities are no longer terrorized. We commit ourselves to take greater responsibility for abolition, and the courage to pursue a just and liberated future.

Note not only the call for “defunding” and “abolition” but the odd socialist sentiment alleging that police violence is “inherent” to the “capitalist system.” Of course, anyone with even a remote understanding of socialist states, beginning with, oh, the Union of Soviet Socialist Republics, which gave the world names like the Cheka, NKVD, KGB, and the Gulag, would find perplexing the assertion that police violence is unique to capitalist systems.

The DSA has chapters throughout the country, many of which have been very outspoken in demanding defunding. The Baltimore chapter, for instance, has been especially keen on defunding and outright abolition: “We demand that the Baltimore Police Department (BPD) be abolished and replaced by a community-controlled institute for conflict de-escalation, intervention, and mental health support.”

Readers might be tempted to dismiss these statements as reflective of a fringe organization that ought to be ignored. That would be a mistake. Not only is DSA the nation’s largest socialist organization, but it has had remarkable success electing members to state legislatures and even Congress, including Rep. Alexandria Ocasio-Cortez, a literal DSA poster girl, along with fellow members of “the Squad.” What’s striking about DSA’s Daunte Wright statement is how it echoes the talking points of AOC and her congressional colleague Rashida Tlaib, another prominent DSA member. Actually, the statements by AOC and Tlaib are arguably to the left of the Democratic Socialists of America.

After police officer Kim Potter mistakenly fired her gun rather than a Taser at 20-year-old Wright, AOC declared the shooting no accident all. “Daunte Wright’s killing was not a random, disconnected ‘accident,’ ” insisted Ocasio-Cortez, “it was the repeated outcome of an indefensible system that grants impunity for state violence, rewards it w/ endlessly growing budgets at the cost of community investment, & targets those who question that order.”

The charge that this was “no accident” is something DSA didn’t even say. Even then, AOC’s statement was nothing compared to that of one of the most extremist voices in today’s Democratic Party: Michigan’s Rashida Tlaib.

Tlaib likewise claimed the shooting was no accident and reverted to DSA’s call for defunding. Actually, she called for “no policing” or even incarceration: “It wasn’t an accident,” wrote Tlaib on Twitter after the tragedy. “Policing in our country is inherently & intentionally racist. Daunte Wright was met with aggression & violence. I am done with those who condone government funded murder. No more policing, incarceration, and militarization. It can’t be reformed.”

Tlaib’s extraordinary, sweeping statement that policing in America is “intentionally racist” surely must outrage the thousands of black police officers who heroically protect countless Americans. “You’d have to loathe black people to do that to them,” says David Clarke, African American and former sheriff of Milwaukee County, Wisconsin, regarding demands to defund police. “The biggest losers in all this will be poor black people in crime-ridden ghettos. The police are the only thing standing between them and violent criminal predators.”

Of course, needless to say, the Democratic Party leadership and entirety of the CNN Left will not utter a peep of protest against statements like these from Tlaib and AOC. They have Republicans to focus on (CNN’s current 24/7 obsession is Rep. Matt Gaetz, before picking up again with Rep. Marjorie Taylor Greene).

The Left gets away with this kind of toxic junk because fellow leftists allow it. Liberals never sting their own. In their silent acquiescence, they open the door to an all-new level of extremism that the vast majority of Americans of all persuasions adamantly oppose: from defunding the police to “no more policing.”

What could be more irresponsible and dangerous? Will Democrats in Congress denounce these statements? How about President Biden? Will he be asked to? Of course not.