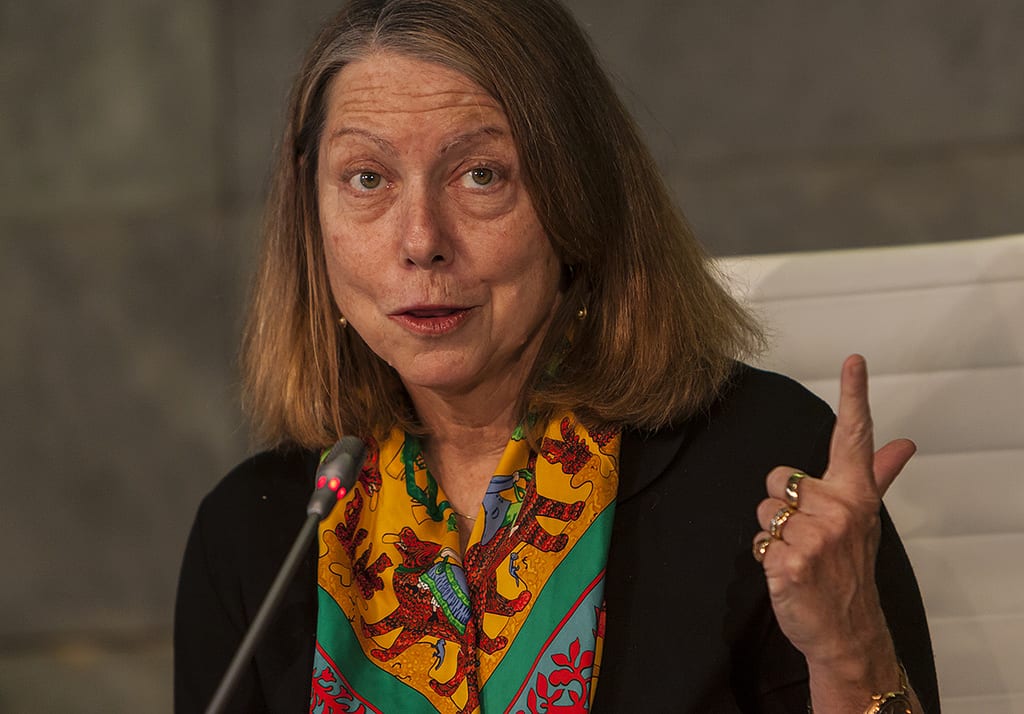 Previews of Jill Abramson’s upcoming book, Merchants of Truth, portray it as a blown whistle on the paper’s incorrigible anti-Trump streak. But is the criticism sincere? Or is she just settling scores with Dean Baquet, an old colleague who bested and replaced her? It appears like the latter, especially since Abramson scrutinizes Baquet for the one moment of journalistic circumspection he did display during 2016: his refusal to let anti-Trump reporters run wild with a Trump-Russia collusion story.

Abramson’s criticisms of the Times sound less honest than opportunistic and scattershot. She doesn’t mind bias on the front page, as long as it is her own, which her tenure as the top editor abundantly confirmed. In the book, she apparently notes the large presence of “woke” staffers at the Times, for whom the blending of opinion and straight reporting is now taken for granted, but at the same time criticizes the paper’s editors for inhibiting them. She famously defended a “woke” young reporter who slept her way to an anti-Trump story — twentysomething Ali Watkins who squeezed scoops out of an over-the-hill Senate staffer with whom she was having an affair. Recall that Baquet’s straight treatment of that low moment in anti-Trump reporting drew Abramson’s scorn, not praise. Abramson said after the Times’ story on Watkins:

That horrible 3,000-word exposé on Ali Watkins that aired her sex life and conflicts while not probing why she was hired, responsibility of editors, or, most crucially, the value of her journalism (her Carter Page scoop in BuzzFeed actually helped lead to appt of Mueller).

That story hung a 26-year-old young woman out to dry. It was unimaginable to me what the pain must be like for her.

Abramson, in effect, wants the Times to bath itself even more in feminist biases. Hence, another criticism she levels at Baquet is that he gave Hillary too hard a time about her email scandal. She says the paper “blew its Clinton coverage out of proportion.”

What annoys Abramson is not so much that Baquet is biased but that his version of biased coverage is selling better than hers did. “Given its mostly liberal audience, there was an implicit financial reward for the Times in running lots of Trump stories, almost all of them negative: they drove big traffic numbers and, despite the blip of cancellations after the election, inflated subscription orders to levels no one anticipated,” she enviously writes in the book.

Her book also smacks of the sophomoric socialism of the journalism school scold, who finds it unseemly that newspapers must operate as businesses. And so she turns up her nose at all the “crass” business ploys a struggling Times has had to deploy in recent years: a “wine club” (too closely tied to the paper’s wine editor!), costly cruises that require members of the editorial staff to rub shoulders with the rich, an advertising section that fishes for business without regard to the “truth” or savoriness of the advertisers, and so on.

Abramson pines for the high-brow hypocrisies of the past, when publications could hold themselves out as august sources of impeccable objectivity by adhering to certain conventions worked out at journalism schools. Abramson is more annoyed by the obviousness of the Times’s anti-Trump bias than its existence. Does anyone really think the paper would be any less a publication of, by, and for Trump haters were she still the editor?

To hear Abramson, the scourge of Clarence Thomas, tsk-tsking Baquet for catering to “coastal” elites is pretty hard to take. He simply inherited a propaganda sheet for upper-class liberals that she helped create. And by complaining about the circumstances of her firing from the paper — she casts herself in the book as a victim of lingering chauvinistic “double standards” at the Times — she makes her case look less journalistic than political.

She claims to want editorial standards “without fear or favor,” one of the supposed guiding principles of the paper, but seems to think its employment practices should give female staffers bonus points for showing up. By all accounts, including her own, she was a poor manager. Yet she thinks feminist affirmative action should have protected her anyways. Abramson’s book isn’t a call for the elimination of politics and biases from newsrooms but simply a plea for the renewal of old ones.